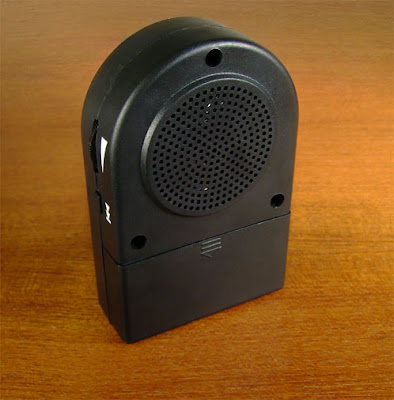 Just in time for your Halloween gift grab bag. A tombstone-shaped device with speaker, volume control and track selector, The Black Box corrals nine brief tracks from Annie Feldmeier Adams, Haptic, Cristal and Wrnlrd for your edification and/or dread. Did I say brief? Well, it depends. Each piece is a mere snippet, lasting several seconds, but placed on a loop so that you may play it for as long as you like or can tolerate. The two by Adams are spoken lines: the cheery, "Today I will not kill myself" and the positively exuberant, "I don't feel anything". The three by Haptic are enticing enough smears, the two each from Cristal and Wrnlrd (the latter apparently an obscure black metal outfit) are flashes of attractive noise. The tinny speaker imparts a rather nice extreme lo-fi aspect to the project and, I have to say, leaving the final cut, Haptic's "3", on for an extended period sounds pretty cool. A novelty item? Yep, but kinda fun....actually, what's really fun is leaving it on that track (batteries not included, btw), putting it back in its smartly designed box, muffling the sound somewhat, and leaving said box on the shelf of some unsuspecting person, like a spouse. 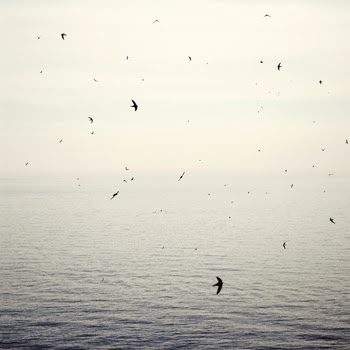 I'm clearly not the best person to assess this as my knowledge of or interest in current "dark ambient" is minimal; not sure if the so-called "Isolationism" of the mid 90s applies, though that's my chief referent. Here, Chauveau (guitars) and Hess (drums, percussion, piano) created several hours of music which was shipped to Helge Sten for processing. Sten, I take it, is also known as Deathprod, a figure of some standing in the dark ambient world [also, as I was reminded by Steven, a member of Supersilent]. The result is seven bubbling, turgid, molten tracks that, yes, remind me of things I'd heard some 15 years back, though there's a depth of detail and range of sounds that was generally lacking then (in my experience). Pulses rather than beats and dollops of tonality render the music much less oppressive and blank than it might have otherwise been. Not exactly my cuppa by any means, but the last three tracks, where things are reduced to a nice, bleak simmer, work pretty well, sound good and hollow. 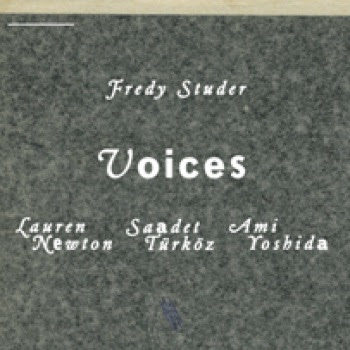 Recorded between 2000 and 2005, released in 2008, "Voices" documents percussionist Studer's interactions with three vocalists, Lauren Newton, Saadet Türköz and Ami Yoshida. I don't think I'd heard much of Newton since her Vienna Art Orchestra days. Türköz is entirely new to me, of Chinese ancestry via Istanbul, her voice carrying a fine coarseness and drawing on Khazakh traditions. Yoshida, of course, is a known quantity. Newton in avant scat mode, as she is here on "Axis", sounds rather trite, like second hand Jeanne Lee, and tread perilously close to Galas on "Madcap" but when she sits back and relaxes, as on "Die Dinge", she's fine if not inspiring. Türköz is more rewarding, though I'd be interested in hearing her in more traditional settings; her voice seems so redolent of Central Asia and that can be a bit oil and water with Western art tropes. I sometimes found Studer's percussion, while always capable, somewhat rote in an efi sense, but with Türköz, on cuts like "Can", he fits well. Yoshida, on her own, is as striking as ever (her tracks were recorded in 2004) but Studer doesn't follow her lead, playing a kind of gross Prevost cymbol-bowing session on "Nakae". Overall, too grab bag and unfocused to recommend.

Probably not your cuppa either, but the Vocal Summit live at Moers album, "Sorrow Is Not Forever, Love Is" is fantastic--Newton. Dudziak, Lee, Jay Clayton and McFerrin.