A quintet from entr'acte, the first three on vinyl, the latter two on disc. 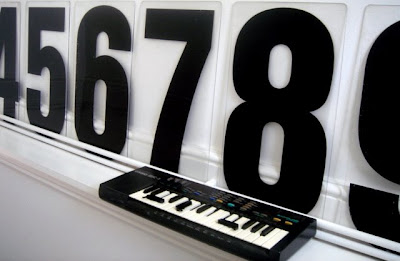 Nine pieces for cheap Casio SK1 (LP). Almost despite myself, I found the first half of this album wackily enjoyable. It's like some modern-day, nerdy Keith Emerson trapped in his basement, obsessing over what can be wrung out of this tawdry keyboard, over the top baroque but fun. That's on the side labeled "Agreement". The other side, "Reaction", is a different bowl of tapioca, overtly Glassian in approach, albeit the relatively palatable Glass of "Einstein" and the Dances. With a rhythm track. And really overt. Elsewhere, it resembles early 80s Frith, Skeleton Crew, etc.; indeed, the sounds are almost identical on occasion (I know Frith used a Casio then, perhaps the same model). It's actually put together pretty well and, on one level, pleasurable enough. Necessary though? Hard to give it that.

(Not precisely sure that's the cover; think so)

In some ways, not in so different a territory than the Beloeil, though here the device of choice is a Korg analog synth. Also, to its disadvantage, there's not the slightest tinge of humor. Drone-y tracks, almost sitar-like in tone, quavering rapidly, with agitated burblings alongside. Way too woozy for my taste and there's not so much difference between the six tracks, all oozing along perilously close to astral realms. Think Daniel Lentz without the rigor. 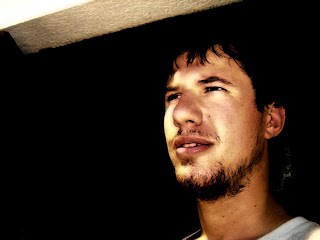 Nokalypse - Repeated in an Indefinitely Alternating Series of Thoughts (entr'acte/Absurd)

Themistoklis Pantelopoulos adopting a somewhat annoying nom. Hopefully its not only his Hellenic derivation, but the comparison in a surface sense to Xenakis is hard to pass up. The Xenakis of Kraanerg and Persepolis, at least as evidenced here. The piece is a huge mass of swirling sounds, kind of organ-like in essential nature but I get the feeling they're often synthesized mutations from a large variety of sources, some of which might be natural. They're layered one atop the other, several dozen ply thick it seems, into a huge, messy lasagna of sound. It's not bad at all, actually, if (not surprisingly) lacking Xenakis' structural rigor and having, somewhere beneath it all, a rockish tinge (no rhythms, just a kind of guitar-chordy sound). Not bad, easily the best of the three LP releases here. 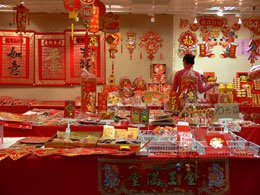 (a note: reviewers copies from this label arrive in generic sleeves; I'm never quite sure what, if anything, the actual sleeve design on the commercial release is. Only comes up as an issue here, where I like to have such an image. The one above accompanied an announcement of this disc at blog.cronica; no idea if it has anything to do with the Behrens disc, but I liked it)

Three pieces sourced from three different places: a games parlor, a Tokyo Metro station and a Taoist temple, the sounds altered radically and infused into quite solid constructions. The first is marvelously violent and careening--pachinko-like!--and, when played at volume, feels like being smacked around the room. In a good way. The Metro piece begins with a huge whoosh but soon settles in to an eerie reflection on the two standard tones emitted by the turnstiles, one granting access and a harsher one denying it. These are delicately played with, adapted, layered into a shimmering matrix that's both icy and enchanting. The temple track I found the most compelling, tending toward the quiet, with low booms and high whistles, but erupting once in a while, an unexpected bell peal in the relative silence. Really impressive and a fine release overall. 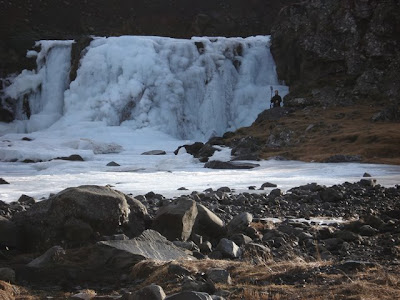 Based on field recordings made in Iceland, this has a very cinematic feel, though Whetham gives equal time to (what sound like) natural phenomena, often having a roaring aspect, and human activity, including snatches of conversation, footfalls and various engines. Much of it is quiet, barely there rustling and, as such, is very pleasant to listen to. However, it makes one appreciate the best work of people like Tsunoda who, somehow, manage to invest more into their mappings of the everyday. Still, 'Fractures' works very nicely and is well worth hearing by fans of the territory.

Thank you, Brian. The Marc Behrens image
is indeed relevant, as are the other eight on the Narrow Angle release page on entracte.co.uk. Best, Allon

Hah! I'd read the page but hadn't scrolled down far enough to see the pics. D'oh! Thanks, Allon.