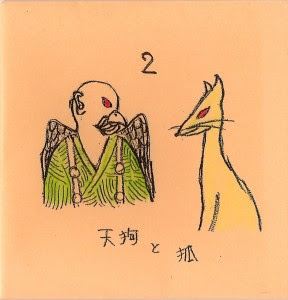 Richard's already given about as fine a write-up as you could want here but one thing I wanted to mention was how utterly happy and childlike this music sounds. More than just the timbres of the devices in play, which admittedly are (almost) all clinky and light, clattering about like a handful of metal marbles, but the interplay between the Takus has such a sense of wonder and delight, a give and take that resembles some tots' version of tag before they knew the rules. Of course, it's far more sophisticated than that and the layers of percussion, in the first track, that well to the surface are beautifully paced as well as spaced--there's massive amounts of air between those ticks. Metronomes and computers on one, mandolins and body sounds on the other. It's very warm music. I think that warmth has been there all along, even in their sparest work but here it's overt. Like the good Mr. Pinnell said, I could listen to this stuff all day.

Does slub have a website? In any case, available via erstdist 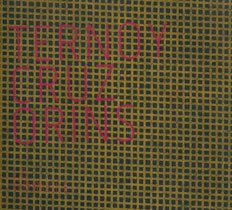 I've received a number of discs from circum-disc over the last couple of years and, I have to say, most have been so far out of my alley and so uninteresting that I couldn't bring myself to write anything. So when this one appeared recently, I kind of sighed and dutifully thrust it into the changer. Well, lookee here. Kind of a power trio, I suppose, with Ternoy on Fender Rhodes (using its tonality superbly--I admit to being a total sucker for this), Cruz on guitar and Orins manning the drums, they present three tracks that sound like...well, if Corea or Jarrett had maintained the edge they had with Miles and Terje Rypdal had built on the wild dynamics of "Esoteric Circle" and "Afric Pepperbird" and you combined that with primo, Last Exit-era Ronald Shannon Jackson, you'd have something like this. If Michael Mantler had ever really rocked out...OK, you get the picture. Blistering, no-apologies jazz/noise/rock, done with the necessary amount of abandon to pull it off. 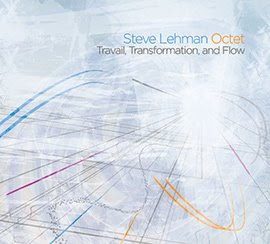 Speaking of things not up my alley that nonetheless find their way here. Lehman's an altoist who has taken his studies of Spectralist composers like Grisey and Murail and transported them into the jazz realm. I'm only marginally familiar with a few spectralists of note (Grisey and, to the extent they fit the definition, Dumitrescu, Barlow and Saariaho) but I don't think that's the first influence that would have come to mind. More, especially in the opener, "Echoes", of Anthony Davis with Episteme, a hint of Bobby Previte's groups and, generally, those of Henry Threadgill. The latter casts the broadest shadow both with regard to Lehman's tone on alto and the muscular knottiness of the band (which includes a tuba). That said, the arrangements lack Threadgill's melodicism and funk and strike me as more fussy than anything else; at worst it recalls late Zappa. The insistence on soloing, even if the backing is relatively complex, seems retrograde even in this context and tends to halt any flow or real pulse. Of the other musicians, drummer Tyshawn Sorey stuck out to me as the most consistently inventive. Not my cuppa by any means but I can see its attraction to a certain segment of the jazz listening audience.