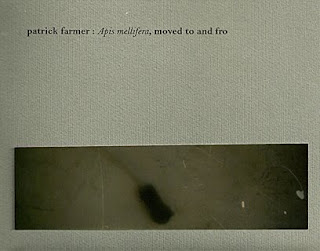 Yes, honeybees. Recorded three different ways, two of which I find very, very beautiful. These are the pair, the first and third tracks, that sound the least apian; perhaps I should appreciate the basic buzzing more, dunno. The first, "moved to", is virtually in Lucier territory, shimmers of sine-like hum but sounding in irregular waves, like sonic auroras, with almost bell-like tones underneath. Just gorgeous. I guess I prefer my bees de-buzzed as the brief second track causes me to swat at my ears more than listen; perhaps the point. The last, miking the base of a hive, seems to catch all the billions of footfalls, chewings, wax-moldings, etc., with a faint hum behind. Quite different from the first, just as entrancing. Lovely disc. 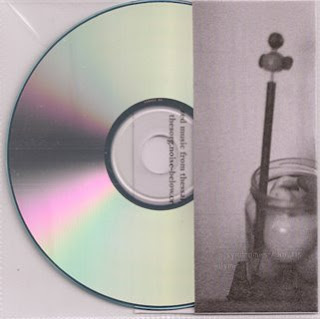 Kilymis doesn't make it easy. Two "suites", as it were, the first made up of unrelentingly irritating sound; it's sometimes as though a vacuum cleaner is being held a few inches from ones ears (bees are preferable). Electro-metallic clicks, harsh onrushes of static; all well and good except there's a shallowness at play, a lack of depth-of-field that I find off-putting. Again, perhaps that's the intent, but it left me cold. The second portion is subtler, the layers of static and the spaces between supplying some degree of atmosphere, making for an attractive, burnished wash of sound. So, half and half for me on this one. 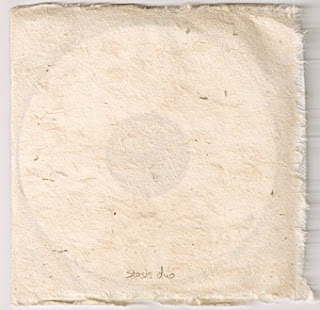 Matt Earle and Adam Sussman weave paper thin tones, quavering, barely-there shimmers that nonetheless have significant presence and, yes, depth. Fragile, quasi-melodies and rhythms peek through (ok, maybe a bit loopy now and then) but there's always a sense of "things behind", of hearing through several layers of scrim. you encounter scattered louder scritches and the odd subsonic thrum, but we're pretty much in the high, pristine ozone and it's quite bracing, stinging the skin. Nice.

it's 'Stasis Duo - 3' actually, though i admit that i didn't make it easy reading the insert on that disc either.
:-)

Thanks Kostis. I did hold the insert for that disc under high intensity, raking light, to no avail!

Also, I'd forgotten to add the linkage, now corrected.