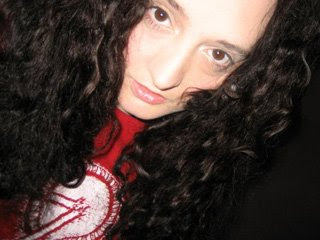 It's not generally available yet and I've no idea when or where it will be, but keep an ear out for this one. A 41-minute piece, it has something of an episodic nature and is somewhat less viola-driven than other works I've heard from her (though the viola remains very present, to be sure), ably mixing field recordings and electronics with the strings. Has a really good balance between harsher sounds and smoother, low drones, between crystalline tinkles and rough-hewn thuds, etc. It's the kind of work where the elements are not so unfamiliar, but their juxtaposition and embeddedness within the whole are beautifully handled, causing one to hear them as though new. The breaks between sections often arrive, perversely enough, just as one is really settling into a particularly inviting sound-world; you're suddenly jerked into a whole 'nuther place, initially disorienting, only to find that one, gradually, attains a different kind of depth and richness and just as one is....

Masterfully constructed and a joy from end to end. Hopefully this will make its way, in one manner or another, out into the world at large, soon. 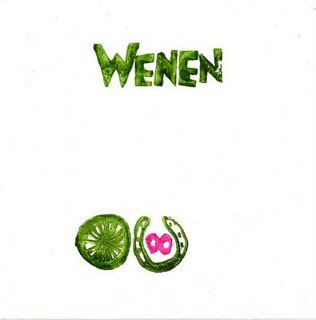 Talk about a quick turnaround! This was recorded on 1/22/09 and arrived in Jersey City for Valentine's Day. Solo acoustic piano (with electronic preparations), it's another good one. Long, thin drones (courtesy an ebow?) over delicate, Cageian prepared keyboard sounds, more insistent punctuation now and then, wonderful (almost motoric) plucking and strumming of the strings, twining in metallic spirals, expanding and thinning out again, beautifully concluded. More steady-state than Vanessa's, but just as sonically rich and driving. Very good stuff.

Available wherever Cor happens to be standing.

Someone should tell Vanessa they don't make porcelain in England anymore ;)

Wenen is great though, as good as anything I've heard so far this year. I agree that people should find out where Cor is standing, stand next to him and nudge him in the ribcage until he gives up a copy...

I should have copies of Wenen in stock any day, ErstDist is the only place to get these besides Cor's shows. I'm looking forward to hearing it...

Hi Brian, curious if you're familiar with Khan's Signature Series releases and your thoughts on them if so?

No, not at all. I'm pretty much an idiot with regard to Indian music. I've heard a ton over the years, of course, but have very little working knowledge on specific people; just too much to ever seriously investigate. Pete Cherches gave me a stack of mp3s a couple weeks back, one of which contained about 10 hours of Indian music--the three I mentioned on the post were the ones that really stood out (among a lot of good stuff) so I ordered the originals from Amazon.

Wenen is lovely, covering a lot of ground and conveying a lot of ideas in a relatively short time.
I dig the potato prints, as well as Cor's civil admonition on the inner sleeve-"please don't put this music out on the internet."

I was looking for this information, thanks for put in this easy way, I mean in a easy way to understand it jajaja, well until the next time