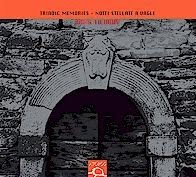 What can one say? I was looking into some analysis of "Triadic Memories" and came across this, from Jean-Luc Fafchamps in 1990:

These few notes, set in the extreme registers of the piano, define at one and the same time the ambitus - or melodic compass of the piece, its hesitating rhythm, and the intervals in the bass which will generate by successive developments and simplifications all the harmonic and melodic states of the work. All these material modifications (the changes in tessitura, the ever increasing number of superpositions of intervals, the aggregation of chords, the focalization, the sketching of melodic forms, etc...) are effected almost imperceptibly by means of varied repetitions, so that, in principle, the exhaustion by iteration of one state of matter gives birth to the next.

As with other renditions of Feldman by Tilbury in which repetition is a foregrounded element, most notably of course this piece and "For Bunita Marcus" as represented in his massive "All Piano", I find myself most struck by two facets of his playing that verge on the superhuman. One, his incredibly subtle variation of tempo in "repeated" figures and second, the possibly even more subtle variation of touch in those same passages. Feldman lays the groundwork to ease this approach, perhaps, by his moment to moment writing style, each set of notes (or individual note) being heard only in relation to those immediately preceding them (while at the same time, to be sure, serving as a building block of a vast tapestry, á la his highly regarded Turkish rugs). So, I assume, one's immediate memory of the spaces between, say, four notes, from several seconds ago remains fresh, more easily adapted. Add to that the memory of keyboard pressure and you begin to enter poetry territory. And of course, it's one thing to just vary matters slightly, another to vary them in a way that's somehow heartbreaking, thrilling, ecstatic, serene, etc.

Listening here to "Triadic Memories", 104 minutes of unfurled, extraordinarily beautiful carpet, I'm just in almost perpetual shock at how deftly, how caringly, how precisely and with what passion Tilbury weaves his spell. One almost forgets Feldman! Which is ridiculous but also a signal of how he and Tilbury meld so completely. As a composition, I actually prefer "For Bunita Marcus" and agree with Rowe that Tilbury's performance of it on "All Piano" is one of the high water marks of the 20th century. But this one isn't so far off, imho. I might add that I love the audible pedal pressings as well; they impart a frisson of the solid to such ethereal music. For what it's worth, I didn't detect any overt slowing of pace from his prior recording, though it must be there; there's no drag whatsoever.

If one must carp, I could imagine the recording sounding somewhat fuller. Splitting the piece is unavoidable in the CD format; I'd love a DVD of the event. But these pale beside the performance itself, one of extreme grace and depth.

One tends to forget the Skempton work! It's rather nice, single notes played somberly, having something of a drifting down quality, the "notti" of its title nudging one down dark corridors. There's almost a chorale-like sense to it and I think I'd rather have had it placed first in the recording, the way I believe it was at the concert (Richard or Alastair, please chime in).

But the Feldman I'll be playing and replaying for quite some time. 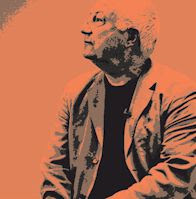 I'm out of them (man, did they fly), but should have more this time next week, and am accepting reservations for that batch now.

as for the recording quality, I asked Sebastian Lexer (the mastering engineer) about this yesterday, his response:

"The levels were chosen carefully to get the volume in comparison to other recordings, living with the presumption that people have their volume control at a particular settings for other CDs, in this way we hoped that people will listen to it as it was intended. Obviously with something like the Feldman that's an impossible task, but John's performance was very quiet."

this is an issue I run into with Erst projects sometimes, I tend to think recordings should generally be louder and listeners can turn them down if they want (it doesn't work the other way), but not everyone agrees with me.

I was wondering if Tilbury's performance was even quieter than one would perceive from the recording. That Fafchamps essay mentions the volume markings range from ppp to ppppp. My natural tendency is to turn quieter things up a bit; maybe I should leave it low.

but Tilbury is so good at playing those pppp's!

There's almost a chorale-like sense to it and I think I'd rather have had it place first in the recording, the way I believe it was at the concert (Richard or Alastair, please chime in).

No point asking Alastair, he was asleep ;)

Yes the Skempton came first on the night. The piece was written specifically for the evening and introduced by the composer. It was intended as an obviously much more brief companion piece to Triadic Memories. I remember really enjoying the shorter piece as well.

As for the volume on the night, I don't remember it being any quieter than one might expect. We were close to the front of a very large audience and I probably wouldn't have wanted to have been sat at the back trying to hear, but I somewhat doubt that Sebastian had his microphones there either!

I spent a very wonderful morning listening to this. Beautiful, just beautiful.

I have to say I've listened to this more then anything else this week really great. Looking forward to getting a chance this weekend to play it on the big stereo giving it full attention.

There are two new Feldman releases on the german label MDG: "Triadic Memories" and "For Bunita Marcus", both played by Steffen Schleiermacher. Triadic Memories is 80 minutes long, a little fast but quite beautiful playing. Need to listen to the new Tilbury's.

Thanks for the tip Javier!

I saw Stephen Whittington (from Adelaide, Oz) perform Triadic Memories in Melbourne 2 years ago.
Don't know if there are any recordings of his, but he's good at it. And a nice man too
Cor

there is also Sabine Liebner's version on oehms classics thats really nice as well. she really takes her time at 123 min. up until this tilbury recording, her's was my favorite version.

extremely anonymous that one was. i forgot to sign it! barry

The Liebner is good indeed, as is her Bunita Marcus. I also like the Hinterhauser on Col Legno but nothing comes close to either of the recorded versions of TD by Tilbury in my opinion.

The only version I don't like that much is the Jean-Luc Fafchamps recording, too fast and too heavy-handed.

I personnaly have the louis Goldstein version (anyone?), and i really think it's the best imo, the former Tilbury on all piano was really disapointing in terms of sound quality (the piano sounds really bad). I'd love to have a good recording of this by Tilbury.

Wow this guy was a great genius I will download all his books from internet right now. Long live for this guy !