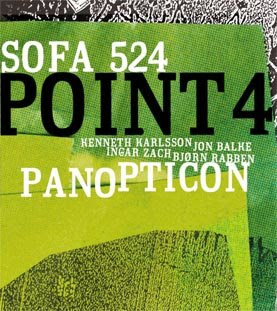 Point4 is a quartet, not surprisingly, made up essentially of two keyboards and two percussionists (Kenneth Karlson, Jon Balke, Bjørn Rabben & Ingar Zach). “Panopticon” (Sofa) contains 19 tracks that tend toward the quiet, sometimes in a Boulezian vein, perhaps often Feldmanesque and not infrequently veering into more customary free improv space. The electronics (Balke) get awkward now and then but there’s a nice overall level of restraint and thoughtfulness. Worth a hearing for those softer, more introspective moments which comprise about half the disc. sofa 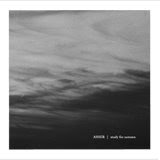 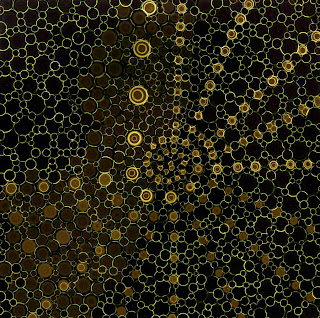 “A Map of the Ocean” a piece created in collaboration with Ubeboet (a name new to me), dispenses with the piano and utilizes rougher, more visceral field recordings; even the sloshing water sounds cold. Faint, organ-like tones waft by like so much flotsam. The piece has great breadth over its 40 minutes, almost steady-state but phasing through adjacent fields; fine work (and super cover) Also available as an mp3 at transparent radiation. 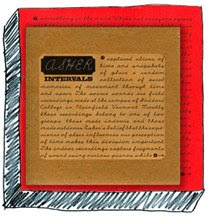 “Intervals” (thelandof) is composed of 39 fragments spread over about 40 minutes. Given Asher’s normally languid pacing, I wouldn’t have thought this would work as well as it does but despite the variation in sounds, it manages to read pretty strongly as a whole, played as laid out or on shuffle. The sounds are a mix of various approaches he’s used before including the dulcet piano tones, static, the natural world, etc.; another nice one.

Asher teams once again with Ubeboet for “cell memory” (winds measure), two tracks that settle into the soft rumble side of things, evoking far off engines heard from deep inside the earth or some massive structure—or maybe from inside an organic cell, hearing the plasma surging by outside. winds measure. There’s a running argument about artists releasing “too much” material. While I tend toward the side that says, “the more the merrier”, obviously there are occasions when the well just runs dry. Asher puts out a lot of music but, thus far, it's been almost always rewarding. A degree of sameness may set in for some listeners but it hasn’t done so for me as yet. 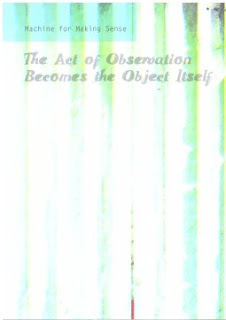 Rossbin’s been baffling me in recent times. Not so much that I have enjoyed a lot of the material over the past couple of years—I haven’t—but more so the rationale behind given projects. In this case it’s a 2001 session by Machine for Making Sense (Jim Denley, Rik Rue, Amanda Stewart, Stevie Wishart), music that might already have been deemed overly fussy and cluttered at the time, certainly more so in the intervening years. Not up my alley, but presumably enjoyable for fans of post-Zorn/Chadbourne style improv.

It’s worth pointing out that Alessandro has instituted a new “payment” policy with Rossbin and an apparently very admirable one: all proceeds going to a Peruvian institution that assists poor and disabled children. Details at rossbin

Two musicians I'd never heard who really impressed me these last couple of weeks have been Esther Venrooy (out of Belgium) and Vanessa Rossetto (from Austin). I'll be writing up both for Bags in upcoming weeks (I knew there'd be an exception to my rule now and then) but in the meantime, I'd strongly recommend checking out Venrooy's work on entr'acte and Rossetto's on 2008 music appreciation

Oh yeah, this one's not half bad either: 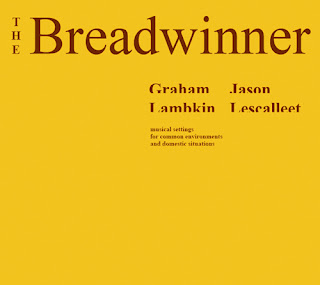 You've just reminded me to go and buy that Esther Venrooy disc Brian. She has worked with Helena Gough a bit I believe. Before a gig in Bristol late last year Helena was playing random music from her laptop over the PA and I asked her a bout a track that sounded really good which turned out to be Venrooy.

I'm really interested to hear The Breadwinner too. After being initially surprised / confused / intrigued by Salmon Run simply because of its individuality I found little in it to make me want to go back for repeated listens. I'm hoping that the interesting aspects of Salmon Run combined with the musicality of Lescalleet will result in something very nice.

Just to note: The Venrooy is an LP, as is her earlier release on entr'acte which I ordered and am looking forward to.

Hmmm...Breadwinner is different in one major way--almost no appearances of "classical" music, unless they're highly disguised. I like it.

"Just to note: The Venrooy is an LP"

Grrrrr Forget that then!