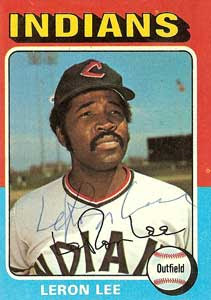 The correlation between love of jazz and love of baseball has, I think, been established in the past, at least among American white guys (Does this hold in Europe, substituting soccer--or, as they insist on calling it, "football"--for baseball?). Established by whom? I've no idea--I don't know of any studies on the subject--but from decades of casual conversation, it's entirely commonplace for serious baseball discussions to sprout at a jazz venue. Less so for eai? Dunno, though we have Mr.'s Abbey and Mitchell around who certainly fit the bill and Tim Albro and I spent many a minute in baseball discussions last year.

I'm wondering if it goes further than that. If we take, as a general rubric, the category "new music fan" (meaning an interest in the avant-garde in jazz, improv, contemporary classical, etc.), I'm betting that the representation of not only baseball fans but the subsection of those fans who whiled away thousands of hours casting pairs of dice on an APBA or Strato-Matic board far, far exceeds the national average. (These thoughts spurred, naturally, by the current thread at Jazz Corner)

I became hooked on the former in early 1973, playing the 1972 season. I've no idea how knowledge of this game entered my consciousness; certainly no one I knew was into it. My brother Drew and I placed the order, he taking the NL, me the AL. Not having a clear idea of the "value" of the cards, we traded a bit willy-nilly. I recall finagling Leron Lee from him, possessor, iirc, of a formidable 1-3-6-6 card. It's interesting that, many years since I last played a game of APBA, number combos like 1-1-4-5, 1-5-6-6 or *gasp* 1-1-4-5-6 can still elicit pangs of tingly nostalgia. It's a bit hard to reconcile the image of my 18-year old self, tossing the dice on the floor of my bedroom and consulting the play charts while the Art Ensemble is blaring from my wretched turntable above.

(I'm amusedly contemplating the doubtless majority of readers here wondering what the the hell I'm going on about).

APBA and the like involved abstracting the game of baseball, codifying a player's season into a concise series of numbers which, when combined with the play boards, yielded a near-infinite number of possible game outcomes, but a bound infinity within the probabilities of the game. Somewhere in there might be the connection to improvised music. Maybe.

APBA. Geez, I haven't heard that term in thirty years. We played in college, but strictly between complete teams. The 1927 Yankees were prohibited because they were considered unbeatable, but we had the 1948 Indians, 1937 Yankees, 1961 Reds (that was mine because I was from Cincinnati), the Orioles from I don't remember what year, and no doubt a few others. I always wondered if John Zorn's game pieces, which were named after real sports, sprang from a similar experience.

iirc, Zorn based at least his early game pieces on turn-based war strategy games created by the Avalon Hill company. (I had a few of those, too)

Lolabelle! Good to see you back even with a scrooge-like attitude toward the sporting life!

Football (as in the game where people kick a ball with their feet, unlike other games that appropriated the same name) has very little cross-over with improv fans over here. This quite probably has a lot to do with the braindead-thug image that being a football fan suggested for many years not really fitting the characteristics of most improv listeners/musicians.

Also the whole statistics thing seems an entirely American oddity. We manage to enjoy sport here without reducing it down to a page of numbers, and that would probably reduce the potential for sport/nerdiness/jazz crossovers too.

do I love sports? most definitely, basketball is about as close as TV gets to real-time collective improv, for instance.

but I was never into any of those geeky APBA/Stratomatic things, or Dungeons and Dragons, nothing like that.

Have to admit I played APBA with my dad back in the day, He used to play with friends of his in a 'league' in and about the neighborhood using then-current players - this was the mid-80's. He'd refer to this or that player as 'on his team' when they popped up, usually while watching Phillies games. He and I also played with those all-time great teams that Caleb mentions earlierm and most often we cherry-picked the best players from all those teams and played against each other that way.

One fun APBA nerd thing: also fun were the players who maybe didn't have 'first column' ones, but may have had 4, 5, or 6 first column zeros, often guaranteeing an extra base hit of some sort, though you'd get the random bullshit [if you were at bat] call like a force-out if you ended up rolling got something like a 6 and there were men on second and third.

This all preceded my dive into avant garde music, incidentally, and more or less stopped once I started devoting myself to learning to play it. The love of sports and baseball waned, then came back, and remains strong.

also meant to add that examples of those double-column players with lots of zeros were often the types of hitters who weren't necessarily big home-run power guys, but may have had some pop, especially doubles and triples power, decent to very good batting average. Pete Rose, for instance, or possibly Eddie Collins way back in the day. That sound close to right, Brian?

Matt, my recollection is that the early two-zero two-column cards (early in my APBA playing career, that is) were the standard. Then, on occasion, you'd see three-zero cards which, needless to say, were mighty thrilling! (Comparable, say, to a new Braxton album). Later on, in an explosion of excess, four zero cards began to appear. Or a "1" and three zeros! I'm feeling faint....

But you brought back to mind the incredible angst of waiting for the annual APBA package to be delivered. The mail truck would trundle down our road (Monell Ave., in Poughkeepsie), once a day. We'd be at the upstairs bedroom windows, awaiting it. It'd peek out at the juncture of Monell and Thornwood on a small rise, we'd run to the front windows....only to see it barrel past. *sigh*

FWIW, Zorn's earliest game pieces were named after traditional sports & games: Hockey, Pool, Lacrosse, Tennis, Curling, etc. While some of these have may have details that are named after the eponymous game ("icing" is the name of a kind of event in "Hockey, for instance), I don't think they're actually very related.

I think many of the later game pieces are named after war games and Cobra does have a disruptive "spy" function, but, again, I think these are generally named more in tribute than because of direct carryovers of rules, and strategies, etc.

(and from a few days back: I do crosswords in newspapers only, never online. I was just noting that not knowing what how a transposition-themed puzzle works is a real handicap.)

Yeah, I don't think there was ever a direct corollary between the board games and the musical structures except maybe in the sense of their being "turn based" and in the element of both having a conductor (dungeon master) but enabling his/her authority to be countermanded in complex ways by the participants.

I still find this approach interesting as a general strategy and it may have been unfortunate that Zorn developed it during a period when he was obsessed with a Stalling-esque style pastiche approach so that the end result was often just competing and clashing stylistic referents. (Admittedly, exciting enough at the time but, to my ears, it hasn't weathered well)

There's some common ground, maybe, between those type of structures and readings of complex graphic scores like Treatise. Even in the earliest performances of that work, there were "competitive" or disruptive elements in play (interpreting a rising visual element as a downward pitch slide, John White's intentional banalities, etc.)

Richard is right to say that jazz and English football fans don't often mix, but wrong to say that English sports fans don't like statistics. Cricket, baby! Batting and bowling averages, strike rates, and so on and so on. Check this example out:

I'd suggest that many a British jazz fan likes cricket, and vice versa.

I happened to read a bit about the "Football Manager" simulation that's evidently incredibly popular in England, that seems pretty damn geeky also:

I work part time in a warehouse, and 3-4 out of the about 7 other part-time workers there (aged between 20 and 30, I guess) are heavily into Football Manager. 'Into it' as in 'can't shut up about it'.

A few years back, Okrent mentioned to me that fantasy soccer was huge in Poland, fwiw.

This is the best 2020 post I've ever read, thank you so much.
See more: https://luckypatcherofficial.com/download/