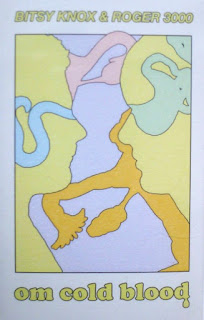 A very enjoyable set, somewhat outside my normal ambit. Three works with text spoken/sung by Knox, music provided by Roger 3000 (Julien Meert). The texts read pretty much as poems, Knox rendering them so that the teeter on the edge of music, occasionally going over that line. 'Om Digestion' begins with an etymology of "decant", traveling into gustatory realms and into the pervasiveness of plastic in the ocean, in fish and into our digestive systems. The words are always intriguing, blending mundane observations with dreamy ones, Knox' speech doing the same tonally. I pick up hints, in the drawn out syllables, mordancy and matter-of-fact hipness, of Annette Peacock, the words maybe a suggestion of Nicole Blackman (though I'm far, far less knowledgeable in that area). Meert accompanies with gentle, folkish guitar, then flute and tablas; think Penguin Cafe Orchestra. Knox will sometimes pick up on the musicality of a certain phrase and run with it, like "errant arms" at the end of this piece. The title track hazily evokes Kevin Costner and drain-clogging hair before entering a small maelstrom of whirring, echoey metallics, then surfacing for a declaration of intent to live beneath the sea. 'Om over you/Walking' might be my favorite here, more overtly song-oriented, Knox speak-singing about hair after death and its uses. The song's second half is especially moving, the delicate guitar and soft chorus underneath Knox' repeated, melancholic/purposeful iteration of the word, "walking" which I was hearing off and on as "one cake", somehow also very stirring. Very good work, looking forward to hearing more. 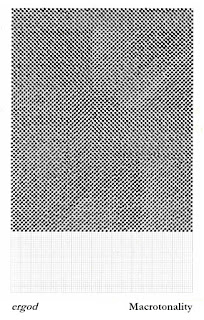 Two tracks on this cassette featuring Scott on viola and Svosve on alto saxophone. This first is a kind of dronish piece, with Scott playing sandy, rasping, midrange arco lines, combining them with deeper, hollow swoops while Svovse begins with airy huffs and the clicking of keys before gradually moving into softly blown lines that, for me, somehow recall Marion Brown. It's a familiar approach but well handled, showing fine patience. The second piece, recorded some six months after the first, shows a subtle but significant advance. The initial sounds are more fragmented--brief strokes and plucks, clicks and shuffling (and instrument rubbing), but everything well chosen to gently fill the space. The activity thickens, the sounds slowly lengthen and cohere, coalescing into a semi-solid, near-whole by the piece's conclusion. Very satisfying. 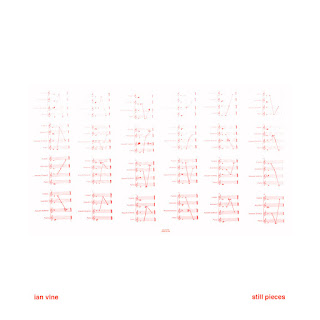 Of this set, Vine writes: "In this work there are twenty-four pieces for flute(s), accordion, acoustic guitar(s), piano, electronics, which combine to form an hour-long work. The pieces can be played in any order." The flutes are played by Jennifer George while Vine handles the rest. The pieces are between two and three minutes long, all pulsating drones that vary in fairly minute but significant degrees from one to another. From the instrumentation, you can gather their general tonality, a nice, thick hum with enough "air" circulating so that things never become cloying. Perhaps the strangest thing is each section's abrupt truncation; just as one is settling into the hum, it's cut off. I actually think this is a good thing, a set of counter-examples for how music "like" this is often presented. Listening closely, as one should, you hear various subtle activity taking place amidst the dronage--a piano note here, a hint of hidden melodic action there. The overall sound has a tinge of old Riley in it--you might even think you hear vestiges of his soprano sax. But its concentration and the shifts make generate interest in a different manner. Very absorbing/startling, would love to hear it performed live.