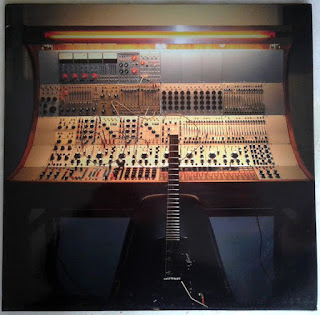 Without getting all gear-wonky (which I'm incapable of anyway), suffice it to say that Courtis, perhaps still best known as a member of Reynols, channeled the sounds of his Spirit electric guitar into the Buchla 200 modular synthesizer that resides in the Elektronmusikstudion in Stockholm, then fiddled with the resultant output and constructed the four tracks that make up this 2-LP set. The sounds, drone-like and spacey (in a good sense) do bear the vestiges of guitar-sourced attacks but hyper-filtered into adjacent timbres and sonorities. Sometimes, as in the second track, you have the impression of an elaborated tambura part, the background of a raga that contains swirling worlds on its own, but that subsequently morphs into a harsh, buzzing landscape, stretched and rubbed in a dour (refreshing) manner. The third side continues this darker trend, layer after layer of sizzling drone, atonal mixed with a dash of tonal, forbidding and dystopian. The last piece gets smoothly icy, loopy in a distant way, impressively impersonal. 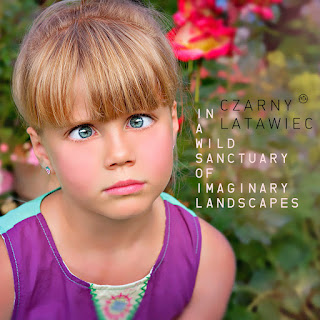 Czarny Latawiec (a nom de musique for Daniel Brożek, translating as Black Kite) constructs an intricate, precise web of unusual sounds, largely (if not entirely) sourced from recordings in the field, deploying them in surprisingly dramatic fashion including building to a clear, even emotional climax, followed by a brief period of exhalation and introspection. The initial sounds bespeak of the jungle--birds, insects, possibly small mammals--though clearly artificial. Matters become denser, more chaotic, perhaps an intrusion of industrialization, though there remains a fine separation in the mix, numerous easily discernible strands making up the matrix. The pace slows somewhat toward he middle of the half-hour work, but the density remains constant, perhaps bearing even more of a threatening, imposing aspect. Rain on pavement mixes into the dark, blurred scene, all wildlife eradicated. Theres a sequence of intense fuzziness, as though one is enveloped by a severe blizzard, out of which emerges a powerful and surprisingly tonal drone that has a plaintive, tortured quality. This then opens out into the air, a relief even as the atmosphere is urban and mundane, desolate with wind.

Excellent work, imaginative and engaging. And, oh yes, that cover. 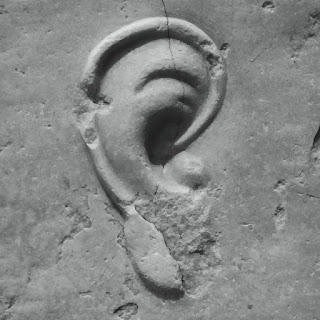 Four pieces by Friedl, largely using the interior of the piano augmented with numerous items as indicated in the works' titles, some "standard" (cymbals, springs, screws and other metal) some much less so (flowers, crackers, stream--not sure what the latter means...). The first tracks begins quite beautifully, like something out of AMM, single, spare notes played against small gong-like sounds from inside the piano. It turns more agitated with harsher plucked and bowed strings as well as an odd squeezebox-y sound--again, had I been presented with this piece with no prior knowledge, I may well have guessed AMM, Prévost bowing some metal, Rowe scrabbling intently at his guitar. The second track, the one incorporating a flower, is all high bowed drones, remote and complex, very lovely. The third (with crackers), following a delicate, koto-like introduction, alternates between that and an all-out assault on the piano's guts, a construct I found more perfunctory and obvious than rewarding. The final work, however, with e-bow as well as that elusive stream, is a fine meditation, softly buzzing, clearly arrayed layers drifting, settling, stirring again--extremely satisfying.