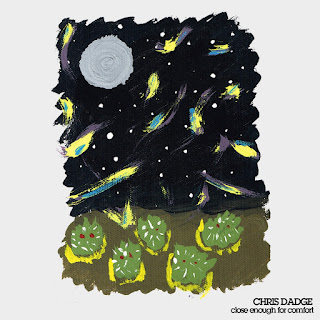 A concise, finely-focussed and smart set of four pieces, played by Dadge and Samantha Savage Smith, wielding some combination of guitars, various drums, banjo, cymbals, zither and bells. One might guess this array could engender a kind of kaleidoscopic, chaotic plucked/percussive storm and well it might--but it doesn't. Instead the atmosphere is crystalline and spare. From a Western perspective, it's easy to over-simplify and think of some relation to Noh or Gagaku and that may well be there; there is a kind of ritualistic tinge to the music, metal struck or picked and allowed to hang in the air briefly, though never surrendering a vague sense of pulse or elastic rhythm. While all akin, the pieces vary their timbre slightly, more than enough, in this context, to maintain interest and, having a duration between about seven and ten minutes, they're of the perfect length. A very enjoyable effort, well worth hearing. 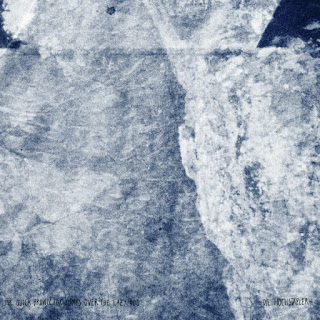 When last we heard from Die Hochstapler (Pierre Borel, saxophones; Louis Laurain, trumpet; Antonio Borghini, bass; Hannes Lingens, drums), they were serving up a tasty take on the musical stylings, if not the actual compositions, of Ornette Coleman and Anthony Braxton, under the fictive character, Alvin P. Buckley. Well, they're publicly jettisoning that personage on this release and at least attempting to depart from the path set by those two luminaries. If nothing else, this quartet is extraordinarily clean and precise (especially Laurain), but their pieces are also inventive in a way that, yes, recalls some of the pathways investigated by Braxton, especially int he early 70s. The opening track, 'Dear Margherita', for instance, sounds like a possible out-take from the Sackville 'Trio and Duet' release. (He wasn't on that one, but I should mention that I find Lingens' playing preferable to that of Althschul from the period). Four short, jaunty tracks surround the two long ones, 'Prima' and 'Di Prima'. These are looser, more expansive affairs; here, I might pick up remnants and reconfigurations of the long forms Roscoe Mitchell and the AEC were working with in the late 60s, pieces like 'The Spiritual', wherein a fine sense of space and varied timbres jostle without cloying. The music is by no means backward looking, though. This quartet is mining the past, certainly, but molding intriguing, jewel-like constructions that are far more interesting and rewarding than that created by you average free jazz ensemble. Hihgly recommended for listeners who miss the Braxton/Wheeler quartet, with or without Mr. Buckley.