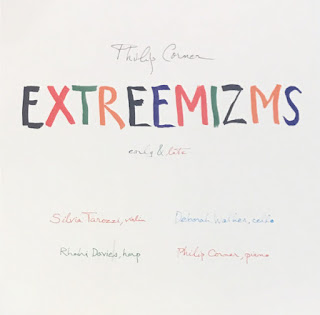 A fine selections of works from Corner stemming from the extremes of his career--four from 1958, five from 2015-2016--performed by Silvia Tarozzi (violin) and Deborah Walker (cello), with appearances by Corner (piano) on two pieces and Rhodri Davies (harp) on one.

There are three little amuses bouches from 2016 scattered throughout, grouped under the term, "wHoly Trinitye", tasty little numbers with creamy violin overtones and a rich cello base, ending with a zing. The title cut, from 2015, lives up to its name, spending the first 11 or so of its 14 1/2 minutes in a delicate, drone-like pattern, both instruments beginning mid to high and gradually separating, the violin going higher, the cello lower. After eleven or so minutes of this quiet, very lovely music, the world explodes into a raging arco attack, replete with yells and shouts, that closes out the last few minutes in a frenzy, the players gasping for breath (audibly) afterwards. This is followed by three fascinating pieces from 1958, the Two-part Monologues Nos. 1-3. Their proto-minimalism alone would be interesting enough, but their combination of steady-state underpinnings by the cello and almost Romantic, strong, piercing violin in the first, the pruned Satie-esque piano minimalism and dual string interpolations of the second and the quavering lines alternating from wavy to extreme graininess of the third--all excellent. 'FINALE' (1958), again with piano, is a delicate balance of soft violin sighs, gentle single notes from the piano and deep continuo from the cello, while a longer wHoly Trinitye ('for a "free-togethering"'), including harp, meshes together many of the approaches we've been hearing, offsetting longer high and low tones with abrupt flurries from the harp and possessing a generally more jagged character, closing with wonderfully urgent playing from all three.

An engrossing recording, expertly performed, from a fascinating composer. 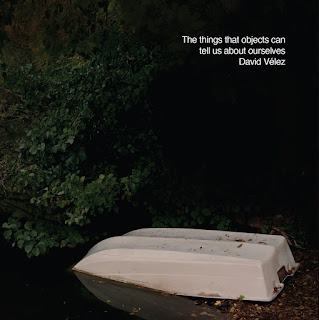 Vélez draws on his work teaching Foley sound production (the adding of sound effects to film in post-production) to construct a dense, rich world with various objects of metallic and other natures. The single track, almost 50 minutes, begins in woolly atmospherics only to be abruptly shattered by a huge bang, as if an enormous, heavy but fragile object has been dropped from height into the room, exploding on impact. From there, we traverse a number of "episodes", all pretty densely packed (though the dynamic range is wide, there's little in the way of silence here), all conveying a wealth of sonic information. Often, there are pulses or other subtle iterative elements that provide some forward thrust--a steady, echoing pounding here, a thin, bell-like tone, as from a distant train-crossing signal, there. The traditions are entirely natural sounding, like walking from room to room, always with a sense of the same "air", just varying activity taking place. While, active, it's never busy, conveying a sense intent and urgency but with an almost non-human aspect--very enjoyable. Items are dropped, blown into, rolled, stepped on--everything works, all em
bedded within a convincing world, one that occasionally allows the outside to seep in. Good work. 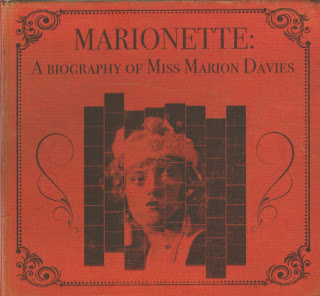 I kinda knew something unusual was up after taking a gander at the title of this work and Matthew Revert's cover. And it is. Jessica L. Wilkinson wrote a kind of poetic biography of Davies (William Randolph Hearst's mistress and a generally tragic figure in 2012. She reads from that text here and has her words accompanied and transformed by Simon Charles' electronics and editing. The editing often involves clipping the speech at the beginning or end or individual words, which is a little unsettling. [As is not uncommonly the case, I've been informed that I was mistaken as to the source of these "editings". Simon Charles pointed out that the effects were in fact generated by the rather extraordinary vocal capabilities of Jenny Barnes. As for the the instrumental portions, Charles elaborated: "all of the sounds heard on the disc were produced by the instrumental quartet (except for Jessica’s voice, obviously). These were actually recorded in several stages; the trio of percussion-viola-piano/harmonium performing together, and the vocal parts recorded separately. In both stages materials were recorded digitally and onto tape, which was then further manipulated and collaged.
It’s important to mention this, as one of the concepts driving the overall construction of the work was the idea of a stratification of materials, which applies not only to the techniques mentioned, but also the sonic ‘profile’ of each instrumental role, as well as the fragmented telling of Davies’ story (which itself seems to exist only as fragments and broken narratives). There is a compositional strategy to the work that seeks extrapolate the text across various strata, which then sit in relation to each other to produce various kinds of tension.] Williams does "acoustic" versions of this herself at times and also imitates the stuttering iterations that Charles achieves in the studio. It's an odd effect, not really overused but appearing regularly throughout amidst passages of "straight" text. There are also occasional contributions by a quartet of Jenny Barnes (voice), Andrew Butler (piano, harmonium), Phoebe Green (viola, viola d'amore) and Michael McNab (percussion). I can't say this kind  of approach is particularly my cuppa and don't have any special interest in Davies' story, but the enterprise is solidly done and well-sustained over its course. Listeners who, for example, enjoy Alessandro Bossetti's investigations into voice and text may well like this one.