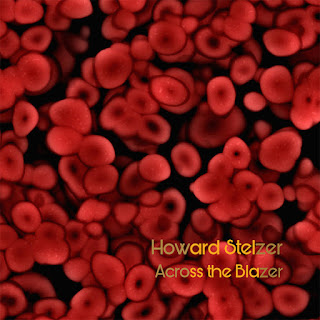 It has been about ten years since I last heard Stelzer's work ('Bond Inlets', Intransitive, 2008) so I have no idea if the music heard on this recording has been part of an ongoing progression, but I was a little surprised at certain qualities, mostly its steady, unbroken stream. Whatever the case, it's fantastic, utterly immersive and contains depths upon depths. I think I first heard/saw Stelzer in the Boston-based BSC around 2000; he was manipulating cassettes then and still does. On the first track, 'Selective Memory (You Never Know Absolutely Quite Where You Are', there's a consistent, kind of woolly rumble throughout, as though from countless recordings blurred via repeated copying, but it's a rumble that's very airy, a vast, distant volume that somehow connotes stories within--very interesting. The ground on the title track has a vaguely tonal thread running through it but even more noise is piled atop--one has the impression of driving, at speed, through an extremely long, very resonant tunnel, the combined engines forming a rough quasi-musical tone. It hurtles forward for some 27 minutes before wheeling away into the darkness. A very enjoyable ride indeed. 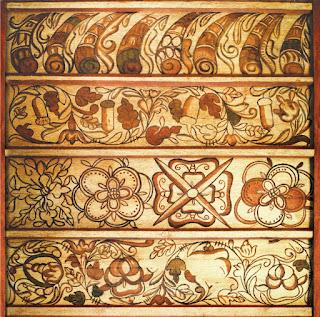 A wonderful and deceptively simple work for solo vibraphone, performed by Lenka Novosedlíková, recorded in a 13th century Gothic church in Kyjarice, Slovakia. Hennies sets up shifting patterns, generally  of rapidly played tremolo patterns, that are augmented--sometimes gradually, sometimes abruptly--while also taking full advantage of the overtones provided by the church's interior. The process is explained in detail by Jennie Gottschalk in her wonderfully incisive and clear liner notes to the LP. Side One both evokes earlier music (Reich's 'Drumming' and some of Rzewski's more minimalist offerings, like parts of 'Winnsboro Cotton Mill Blues' came to mind) and extends them into rich, fascinating areas. The second side (apparently part one of the piece, 'Sisters') is cooler and initially quieter, the overtones really coming to the fore midway through. Perhaps bot the writing and Novosedlíkova's naturalness of playing caused me to often hear the sounds as emanating from some "object", some stationary but vibrating thing that generated quasi-regular patterns in confluence with its environment, including the faintly heard barking dogs outside--very beautiful. It closes with a "simple" three against four pattern that I could have listened to for a long time. Wish I'd been in the room. 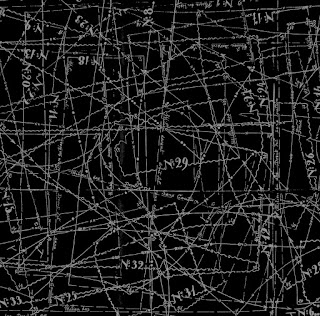 Said Buttons consisting of Tania Chen (piano), Tom Djll (electronics) and Gino Robair (electronics) and the album in question being a 12" 45rpm on clear vinyl which produces very groovy moiré patterns whilst spinning. Chen tends to be forwarded here, with Djll and Robair providing a subtle bed of squiggles, pops and bumps, kind of an oddball obbligato. Both tracks are spacious and uncluttered. Side A ('A Red Hat. A Blue Coat. A Piano') is perhaps slightly more aggressive with Chen unfurling compact nuggets, allowing them to hang briefly then flicker out, the electronics active but at a distance, circling, eventually constructing their own atmosphere that seems to force or entice Chen into acknowledgment about midway through--a very fine entanglement. The second side, 'Go red, go red, laugh white' is a bit more subdued, the piano playing tilting toward Feldman, the electronics more "conversational", interjecting quietly humorous pings and bleeps. It's an enjoyable, slightly spooky amble, immersive and imaginative, with just enough implied structure to guide one through. A good job all around. 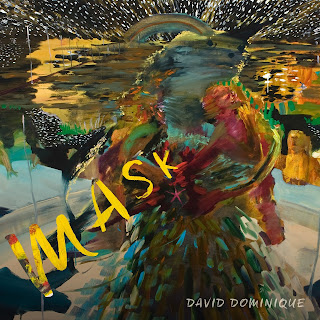 I wrote up Dominique's 'Ritual' a few years ago and, looking back, much of what I wrote then pretty well goes for his recent effort, 'Mask'. It's a strong, extremely tight eight piece band with Dominique (flugabone, voices), Brian Walsh (tenor sax, clarinet), Joe Santa Maria (alto sax, flute), Sam Robles (alto and baritone sax), Lauren Baba (viola), Alex Noice (guitar, electroncs), Michael Alvidrez (basses) and Andrew Lessman (drums, drumkat). 'The Wee if Us' is a kind of template for his music: a collage-like collection of themes, rapid shifts in melody and rhythm, repetitions, stretchings, leavened with some humor and jam-packed into 3 1/2 minutes. 'Grief', the second track, stands out a bit (in a good way), with a catchy, plangent melodic line that, the first time I heard it, was thinking, "This cries out to be sung" and, sure enough, a few minutes in the band (maybe Dominique himself, multi-tracked) does just that, moaning and keening for all he's worth--both funny and oddly moving. As before, I can pick up referents galore, from Breuker's Kollektief to the Microscopic Septet (the punchiness of both), with nods to Zappa and Braxton along the way. Refreshingly, there are few real solos to be encountered on the way, allowing the compositions center stage. An enjoyable romp.