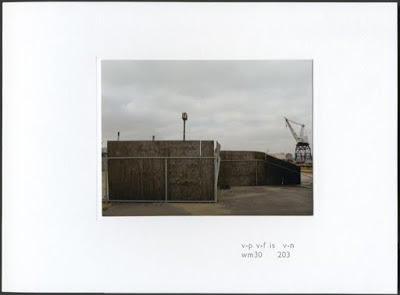 Two discs, eighteen tracks from fifteen different artists, all in the field recording area. For this listener, an interesting little laboratory from which to approach the eternally vexing question, "Why does this one work [for me] and not that one "? Given the historic quality of the winds measure label, I figured on getting more of the former than the latter, true enough.

Daniel Blinkhorn - "coral-cnidaria" (I'm admittedly a sucker for any words beginning with "cn"--this is an aquatic phylum that stings its prey). Water at first, with muffled voices out there somewhere, then the addition of a crackling sound, fire-like but not, one assumes. Good flow and variation, juicy distinction between sounds, kept me pretty rapt!

Martin Clarke - "gate" Strong wind, rusty swinging gate--a perfect match. Great whistling sound, vibrating the metal of the gate, something one could sit and listen to for hours. Wonderful.

Hideki Umezawa - "oil stove" Droll piece, in a way, beginning with a screech (the old door to the stove?) then the kind of clicks you get as heat courses through old metal. An abrupt band (the door closing? and hand swatting the stove?) and slower clicks, along with a more liquid, pulsing sound. Fascinating for it's 2 minutes plus, alternately scary and funny.

Renato Rinaldi - "aqve" Interior water sounds, as though sloshing through some large vat, deep in a cellar. One of those that would so clearly be more immersive in situ, it works well enough for a while here but palls after a few minutes.

Daniel Blinkhorn - crab-coenobita ("coe" when pronounced as "s" works too). Crab noice, I imagine and very subtle. Something nags at me, though, something to documentarian and not inherently fascinating, though possibly my fault. Maybe feel that unquantifiable need for greater sonic space between "objects".

Ben Owen - "thames gate" Brief (a little over a minute), obscure, swashes of sound, dark. I like it. Love the mystery.

Jason Kahn - "in place: panorama weg, Zurich (excerpt)" OK, here we have a decided departure from the field recording norm. Kahn, instead of presenting a recording, verbally describes what he has been experiencing in Zurich, the sounds her's hearing and thoughts about hearing and listening. It's not entirely dissimilar to something I did, in written fashion, while participating in a realization of Cage's "49 Waltzes for the Five Boroughs" a few years ago, finding myself in the equally beautiful and exotic milieu of Staten Island...Very interesting, very glad to have thi s kind of thing available, at least once. Now, what if someone does it again...?

Eric La Casa - "night train in montlouis"Kind of steady-state sound, hard to pinpoint, perhaps blurred urban but just as possibly rural, or some mix between. Fuzzy and prickly at the same time, woolen even, I enjoyed it.

Sally Ann McIntyre - "waiorua rotations" Waiorua is a place in New Zealand...here, an irregularly clanging metal sound amidst birds and wind that would seem to be a gate of sorts. I actually love this, can immediately place myself there and know I'd be doing the same thing as McIntyre: balancing the buffeting of the wind in my ears, a very physical thing, and the dull bangs of the object. The odd passing vehicle added as seasoning. Fine, fine work.

Daniel Blinkhorn - "small glacier from shoreline". Funny, had this been titled "oil stove, I may not have batted an ear, mentally morphing the pops from the ice into those produced by hot oil. Beautiful range of sounds here, massive space between akin noise. One automatically recalls "concret ph". Lovely.

Simon Whetham - "estonian swamp" contains insects abuzz, birds a-chirp and a-hoot and surrounding sounds. Hard to imagine it wasn't assembled from numerous recordings; either that or transcribed in an extraordinarily rich environment. Still, this is an example of field recording that's a bit too pretty and, at the same time, too flat, like someone's instagram of the scene.

Patrick Farmer - "coed-y-dinas" It falls into a similar category, for me, as the Whetham above. I get the sense that my processing system demands more differentiation of sounds, that massed fauna and flora doesn't usually do it. My loss, no doubt.

Alan Courtis - "amsterdam-brussels train" (one is always obliged to wonder when a track comes in at precisely 4'33"...). A soft, whooshing train, smooth and shimmering. Good sound, but the kind that really requires 3-d immersion. still, very enjoyable.

Ben Owen - "864-1 elbe" Water dripping or lapping, quietly, irregularly. As with the McIntyre, framed in a manner that I can easily place myself there, lying beside the source, calmly listening. Fine. A soft boat motor begins, as does birdsong; they fit beautifully.

Lasse-Marc Riek - "lake" Inevitably recalling Ferrari, but effectively so. Also, for some reason, getting an image of one of those blurred black and white Richter paintings of a banal seen made strange and beautiful. The sounds sometimes feel as though leaked through a different dimension, hazily recognized. Excellent work.

All in all, a very fine compendium with great range and a few real gems embedded. Plus the requisite gorgeous winds measure packaging to boot! Give a listen.