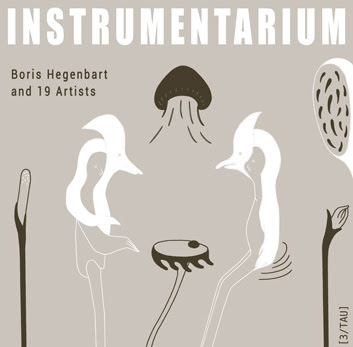 Wherein Hegenbart performs his variation on dub utilizing recordings provided by 19 musicians, to wit: Michael Vorfeld, Martin Siewert, Stephan Mathieu, David Grubbs, Jan Thoben, Bernhard Gunter, Sascha Demond, Fred Frith, Hannes Strobl/Hanno Leichtmann, Oren Ambarchi, Marc Weiser, Martin Brandlmayr, Christophe Charles, Ed Osborn, Felix Kubin, F.S. Blumm, Boris Hauf and Ulrich Krieger. Hard to make a general statement except that Hegenbart's contributions to the track tend toward the low range (as befitting dub), often echoey, and injecting elements either rhythmic or indirectly so. The characteristics of the sources impart a certain flavor to each track, but I hear more of Hegenbart than them (to the extent I can recognize their manner, which isn't always the case), which is fine. The underlying hum and throb that's often heard here brings to mind 90s recordings on Made To Measure, Benjamin Lew and others. There's also something of a Radian/Trapist vibe at times. If, for my taste, it's all a bit too much on the easy listening side of things, it's readily digestible and not untasty. A good entry drug, but likely not for those whose listening runs toward the more rigorous end of things. 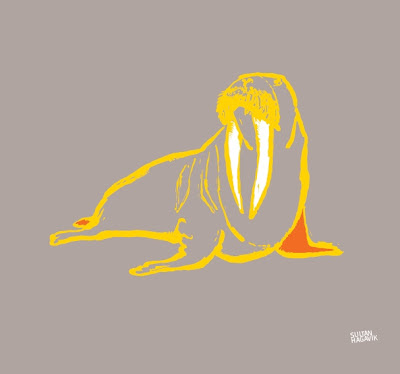 Googling Sultan Hagavik yields numerous citations of an IKEA-produced mattress. Further research turn up a tape-oriented Polish band, which I'm pretty sure is what we're dealing with here. And tape manipulation is the operative thing with Mikołaj Laskowski and Jacek Sotomski each wielding a pair of cassette machines. Not sure of the sources, aside from Schubert and Gorecki who get citations, but the sound is not so dissimilar from their Polish forebears, some of whom are represented in the "Blanc et Rouge" collection I wrote about prior. There are more vague allusions to rock and its rhythms here as well as the noise scene generally, though the relatively pastoral interludes are attractive in a Jon Hassell-y way. That said, there's little that holds my attention, the taped sounds having a thinness and an unsurprising aspect, the occasionally surfacing beats coming across as banal. Seems like more sought for effect than thought, overly infected by a pop sensibility. Nice cover though...