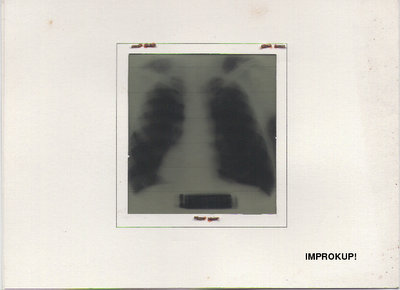 a description of events

An action is one thing; a documentation of that action is another. Within the act of "documentation", one can create something which is purely that, a record of the events, for various reasons from historical to contemplative, or one can seek to present it in the guise of an art object, which raises questions. In a more overtly art-centered world, we have items like Manfred Werder's scores which may consist of lines of found or extracted text which the "performer" may take upon his or herself to actuate, often by experiencing surroundings of choice. All well and good, but when released to file or disc, one wonders, "Why?" What has been accomplished that couldn't have been done so as effectively by the listener, the recipient of the work? More complicatedly, sometimes the release does, indeed, seem to elicit something previously unheard (unseen?).

There's the experience and then there's the compunction to elucidate it not via abstracted, edited form, but with a second by second (aural) reproduction of it, as though the importance, the meat, is inextricably bound in the smallest details, though this implies a god's-eye view of things, especially when dealing with something of this length, over 24 hours (I forget the exact cumulative time), that thought is paradoxical in that none of the participants conceivable attended to matters that closely; they slept, ate, excreted, etc. An event occurs, you weren't there but now you can, if you chose to listen in that matter, gain a second-hand experience of the activities. Or, you could (much to the dismay, I imagine of the creators of this object) listen in an abstracted, aesthetic way, something that the very nature of the pure sonics involved does tend to pull one toward, at times. There's a portion early on when Mattin and a friend or two are driving toward the warehouse in which they intend to squat and conduct their workshop, where they apparently pull over, perhaps grabbing a bite, and the tape is left running in the vacated automobile, maybe 15-20 minutes, and one "merely" hears the ambient sound, the roadway, etc. It's very beautiful, I'm afraid to say.

[A little earlier, I thought I'd turned off the recording. Was sitting here typing something else when I heard faint snores, which I assumed where emanating from our dog, Katie. Looked around, didn't see her. Took me about 30 seconds to realize that the squat had entered their sleeping phase...nice]

and then...well, I think Richard mentioned some technical problems he had with this disc and similar ones have plague me. My Macbook would spurt out the disc at irregular intervals, in between making noises that caused me some concern. I thought you could stream at the Metamina site, but it didn't work for me. So I decided to call it a day.

All in all, I listened to 5-6 hours of the activity and it's hard to say what more value I would have received listening through; the relative paucity of English was one thing and listening "aesthetically" would seem to be missing the point (though, as mentioned above, it was an easy enough trap for me to fall into). The consistently lingering question was the issue of the documentation as such as opposed to the action it was documenting. Even that--it's hard for me to know what significance squatting has at that point in time, at that particular place in Basque country--what did that signify? Did anyone (outside of the participants) care? Did it matter to the discussion that they had done so or could the same talk have been had camping out somewhere or at a bar over a long enough span? Not sure but, as with Werder (admittedly, I enjoy bringing such apparently disparate activities and approaches into some kind of tandem), my gut feeling is that this sort of text inevitably, perhaps tragically, loses much impact.

With the caveat of having missed a substantial portion of the work, it still strikes me as reasonable to say that I'm afraid you had to be there.