My first thought, my first point of reference was Feldman's "For Samuel Beckett". I heard a similar cloudy richness to the music, that sense of turbulence within a fairly steady stream. This isn't drone music but there are certain features that more or less remain constant throughout: a medium level dynamic range and a regular issuance of sound, a flow that's uninterrupted even as it fluctuates smoothly but widely in color. Overlapping lines, opening with deep tonal swatches leavened by Meehan scraped metal, begin the work, the leader's ultra-deep, bowed bass establishing a fine, loamy bottom.

There's often an opposition of the pungently globular and the scratchily raspy in play here, all of it carried along on some billowy cushion, allowing for the necessary bump and skewing but always pressing on. It bristles a lot, scouring out the church in which it was recorded, while maintaining this coiling, surging form; really impressive. Another vague point of reference: those great early Olivia Block discs; there's firework-sounding sequence over lush, organ-tones that brought her work to mind.

I'm guessing there was a score involved where the continuo was passed from one group of musicians to another, the baton never dropping, the methods of continuity always shifting but retaining an urgency that's really compelling. I'm not sure what else to say except that "Making Words" held my attention, rapt throughout. Wish I'd been there. 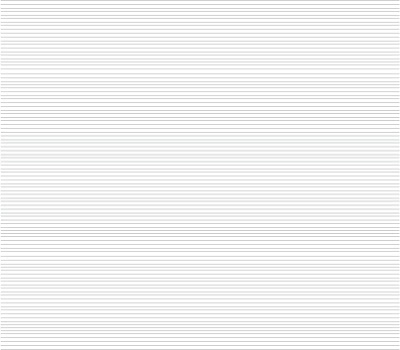 One of the first questions that popped into mind was: Would I have reacted differently to this piece without the reference to Agnes Martin? Probably not a meaningful question as the reference is there and is part and parcel of the work. As she is, paintbrush to head, probably my favorite visual artist of the last century, Eubanks' and Lamb's release has a leg up, settling me into the (or, at least, a) proper frame of mind to experience this demanding, hyper-minimalist music.

Briefly, the hour-log piece is divided into four 15-minute sections. Each section consists of a single sound field (I say that guardedly as, to the extent it's a kind of white noise, there are fluctuations within each field, not unlike those found in a band of Martin's painting); the shifts between them are distinct but not huge.

That's it. The inside sleeve reproduces a 1984 work of Martin's (the title of the disc), a tan square centrally placed over a just slightly larger, somewhat lighter tan square (very beautiful). I tend to naturally think of some of Martin's gray wash paintings of the 90s,where the bands contain "just" a thin wash of gray paint but worlds of life and action therein. Doing so, I try to mentally excavate the same from this "thin wash" of sound. It's challenging but achievable. Donald Judd somehow comes to mind as well; there's a similar kind of subtle monumentality which, of course, dwells in Martin too. More than anything, there's a steadfast and resolute self-erasure-as-presence-enhancer that recalls work like "Bar Sachiko", a major favorite of mine.

I'm not at all sure how this was produced. A line on the sleeve states, "This is a realization of a generative work" and give a site for download on an application. Jacques Oger today mentioned seeing it performed in Paris with electronics and viola; if there's a viola in play here it's masked in plain sight and played with extraordinary consistency. If I had to categorize the general sound range, I'd say something on the order of a very breathy, burnished and burred flute, with an implied wealth of detail just out of the range of hearing.

And an auspicious label debut; looking forward to more.

Bryan told me that there was no viola on the disc, and I believe that what they've been playing lately is a different piece, which does, yes, include viola. From your review I'm guessing they are similar but distinct pieces. Anyway I am going to have to pick up both of these Sacred Releases.