I've sort of gotten in the habit of posting any semi-decent watercolors or drawings on facebook and letting them just slide down the page, something I find rather attractive, truth to tell. But since I have a rare grace period here (no discs to write up!) and I don't feel like talking overmuch about the three Kronos vinyls I've played recently, I thought I'd post a couple of groups of paintings, and a drawing, that seemed to work out well enough.

Last year, I did a set of a dozen t-shirt paintings, four each in red, indigo and light grey, which I enjoyed a bunch and which yielded maybe six decent pieces. So I decided to do a few of black cloth and found the batting average to remain the same: two I like very much, two with some redeeming qualities but some awkwardnesses as well. It also allowed me to deal with the problem of Payne's Gray, a color that absolutely beguiles one while wet but tends to dry in a cakey fashion, much to the painter's chagrin. The first three dealt with that by layering on indigo (mixed here and there with other blues and red) in a kind of oil-painting manner, as glazes. On the last, by working wet into semi-wet, I somehow managed to avoid the harsh dryness--one shot, no return--very happy with that one, the fourth as well as the second.

In any case, in order: 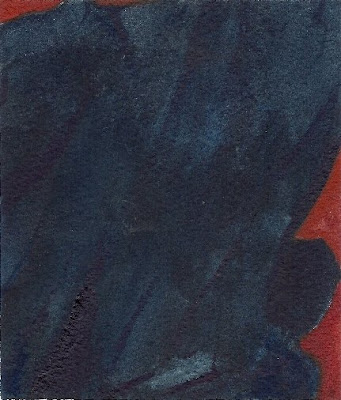 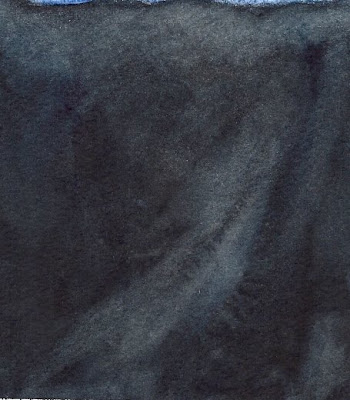 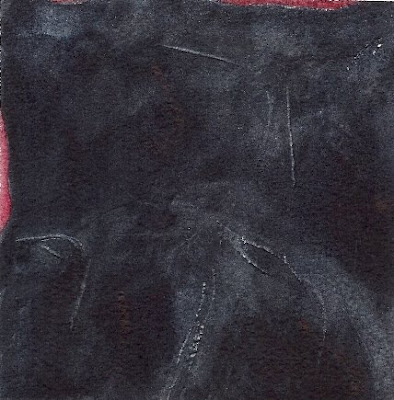 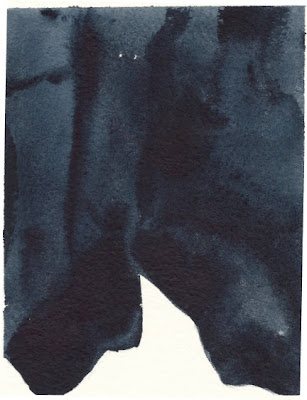 Last month, our dear friend Carol gave us an old scoop of some kind--perhaps a flour scoop?--she'd found in a shop in France. It's a lovely object, old white enamel with wonderful rust stains, and I quickly set about getting it down on paper. First a fairly simply drawing: 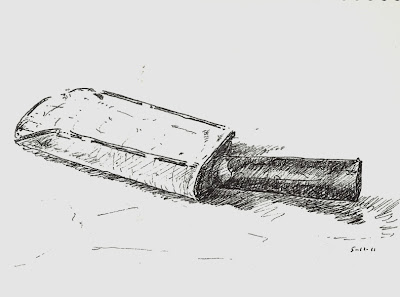 Then a fairly simple, if ill-drawn watercolor: 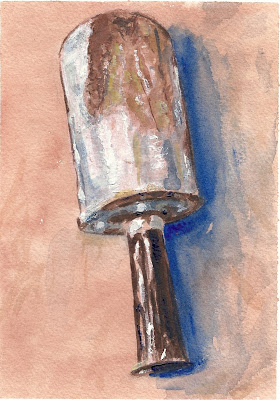 For some reason, I had an urge to work at it in, more or less, a monotone of some kind, and to concentrate on just parts of it. I kind of like the way these turned out: 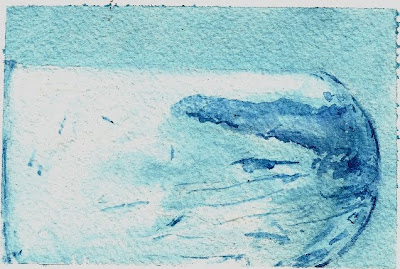 that 4th tee watercolor is fantastic, i love that shape for some [archetypal] reason.
i want to buy it!

Thanks Jesse. Send me your mailing address and it's yours for the asking.

You should arrange for musicians you like to record something in response to your paintings, and then release the editions on a label like Erstwhile.

The second is incredible;add a dab of Prussian Blue next time w/Payne's