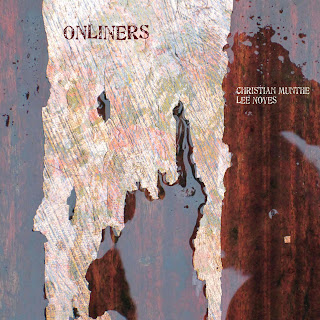 When last I wrote about Munthe's music, in May of 2010, I remarked how difficult this "area" of improvisation is for me to evaluate, nestling as it does (to my ears) in what I think of as the post-Bailey tradition, an approach that still strikes me as a particularly forbidding tract to cultivate. As I wrote then, Bailey's shadow is so long that it's impossible not to hear him lurking around.

Munthe, now as then, negotiates the territory ably enough and, in fairness, seems to consciously leave the Bailey-esque boundaries as often as possible, but it's still a hard music for me to settle into comfortably.

That caveat aside, the duo with percussionist Lee Noyes is nicely spiky, Munthe seemingly scraping at his strings as much as plucking them, Noyes responding in kind (dare I say "post-Lovens?"). There is that efi conversational aspect which, again, isn't quite my cup of tea but I can easily imagine this appealing to differently attuned listeners. Unsurprisingly, I most enjoy the tracks, like the second one here, where the duo migrates the furthest away from the field. 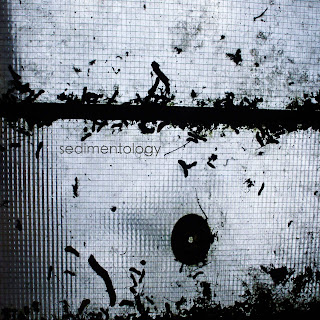 From the same year (2009), another duo with a percussionist. It begins promisingly (again, from my point of view), sounding far more like an extension of Partch than Bailey, with ringing, bent guitar notes and spare percussion. But they quickly fall back into a not dissimilar territory than was the case with the Noyes recording--agitated, occasionally frantic, percussive playing with little space. The remainder skirts the borders between the verbose and the slightly more considered, always sounding better the nearer it is to the latter. Munthe does have a good sense of space and elastic pacing when he allows himself to recede a bit. As I said the last time around, I'd like to hear more of this facet of his work. 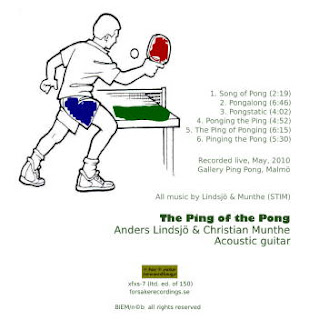 Here, Munthe teams with another guitarist, Anders Lindsjo but, aside from the exchange of sound sources, the overall feel of the session is akin to the earlier duos (this one is from 2010). Scrabbling, slithery, scratchy, sibilant, sliding, scurrying....sustained, maybe even incessant. I take it for granted, I suppose, that the constant activity is something valued by the musicians, a burbling stew that hopes to yield a frothy richness, but I can't help but want to hear more consideration, more attentiveness to the room they're in, not so much to each other. Again, that's my mishigas, not necessarily that of those directly involved and, as with the other discs, they perform what they choose to perform pretty well. 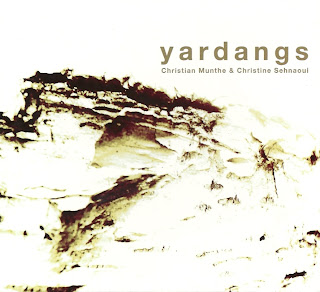 My limited knowledge of Sehnaoui's work had also led me to place her, more or less, in the Bailey/Parker lineage and "Yardangs" (a tip of the hat to whoever chose the title for alerting me to such a wonderful word) does little to dispel that notion. She's very good, quite adept in covering a huge range of sounds though almost all are clearly within the saxophonic tradition, even when dealing in breath tones and spittle. The same might be said of John Butcher but he, often enough, has a conception that removes his instrument from being squarely in that tradition whereas Sehnaoui extends the existing one. Again, to this listener, things work better the sparer it gets, less well when things become agitated.

Again, I don't mean at all to disparage Munthe's work, it simply exists in a space that I don't find so conducive, that's aurally aggressive in a manner that I find too much "in your face", leaving the audience fewer listening options than I like having. Fans of the efi/Emanem persuasion will doubtless find the goings-on here very much to their taste and, to the extent I can honestly hear the music as such, it does a fine job at elaborating on that tradition.