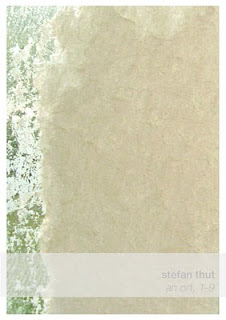 The description rather says it all:

nine sound recordings
spread over a year
always at the same place and at the same time of day
eight minutes of each recording, uncut
to be aligned (almost) seamlessly: seventy-two minutes altogether

The site is very quiet for the most part, a soft background hum and birds (many) the most predominant elements. Airplanes, distant church bells, a dog, maybe a roadway--there's nothing "special" about the environment though, like any thoughtful listening one would do on one's own in such a place, there's a ton of things to hear. The question, as is usually the case, is: aside from the overarching structure of this piece, the revisiting of a site as described above, is there so much here that one couldn't, to some reasonable approximation, experience on one's own? Further, despite the excellence of the recording, I can't help but think my own ears would have picked up more or, to be more precise, would have concentrated on this or that aspect in a manner different from that "imposed" (if you will) on me by the recording. I'm not sure. It's an enjoyable listen, making me want to go out in my own backyard; maybe that's enough. 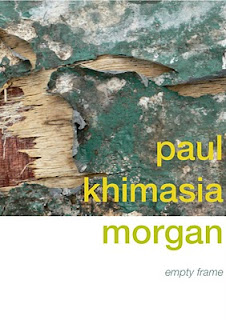 Found myself thinking of the Costa Monteiro/Owen disc more than a bit while listening to this one. Three tracks, very pared down. The first, titled, "snowed in; more plaster", sounds like a piece of small machinery, possible a mechanical sander, going about its business. As with the Thut above, I was left wondering if I might be better served turning one such on myself and listening. The following cut, "the prospect of dim sum", is far more intriguing: a weft of mysterious hums and clicks that creeps organically across the intervening space between the speakers and my ears, never quite identifying itself but always offering tantalizing glimpses. Gentle rubbings, soft clangs, something rotating int he background--all in a fine balance, with air between. Similarly, the final track, "a brisk walk to aid contemplation" manages to retain an air of "unrevealing" even as, in this case, one suspects that some of the sources carry connotations that are less than what is normally considered contemplative (the "dental recordings" cited in the credits may well appear herein...). It doesn't quite sustain this strength throughout, waxing to a loud but relatively uninteresting hum toward the end. Still and all, a worthwhile effort, especially that dim sum cut, which is outstanding.