A very unusual and enjoyable collaboration and a good example of a fresh approach to field recordings as integrated with improvisation. At Murayama's request, Cordier conducted a number of recordings at various sites in Japan (and some in France) ranging from actual field, replete with frogs and birds, to urban environments, households, temples, etc. To this soundtrack, Murayama added percussion and vocal sounds although one of the fascinating and ingratiating things about the disc is that, more often than not, the listener is hard-pressed to distinguish any particularly percussive sounds from the environmental ones. One can make guesses although concentrating on that aspect quickly becomes meaningless and distracting. You're better off simply allowing yourself to drift off into this dreamlike construction with its enormous variety of sounds, gentle and harsh, serious and comic, almost always multi-layered and extremely enticing. Richard posted a fine review a couple months back with more detail and Cordier, in the comments section, offered more and linked to a related video involving "painting with fire" (whence the cover image of this disc) which is quite enjoyable and interesting to play, at volume, along with the CD (!).

Cordier also explains the brief electronic portion that disrupts things, not in a bad way, toward the latter half of the disc, a disconcerting intrusion that somehow works, jolting us just as we're beginning to settle in and accept this sound-world. Further, "Nuit" ends with a massive "drum solo", a rather magnificent one, a barrage of clattering cymbals, struck skin and rubbed surfaces, more sleet storm than anything else.

A fine recording--check it out. 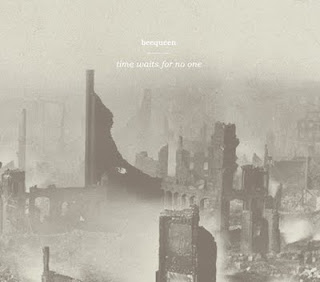 Beequeen - time waits for no one (Herbal International)

A re-release of a 1994 disc on Staalplaat (and, I think, out for at least a couple of years on Herbal). Beequeen is Frans de Waard and Freek Kinkelaar; I gather they issued a number of recordings back around that time but they're new to me. Glancing over reviews, I see groups like Zoviet France referenced quite a bit, a group I heard some of at the time but didn't particularly intrigue me. There's an entire area, something I might think of as industrial drones with a decided rock substratum, that I tend to find momentarily attractive but which wears out its welcome rather rapidly. "Dark Eno", I sometimes call it. At its best ("v-time", "six notes on blank tape"), there's enough bubbling, agitating activity to sustain some interest, but even there, the rather sterile synth-like tones (which are more prominent elsewhere) inhibit any great enjoyment on my part. Clearly more a matter of my taste than any comment on the inherent nature or quality of the music, which seems ably performed. Just not my cuppa. 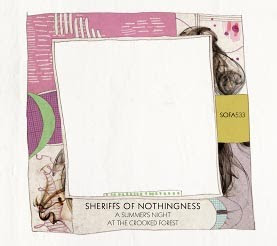 Sheriffs of Nothingness - A Summer's Night at the Crooked Forest (Sofa)

Admittedly, when I saw that this album was a collaboration of two Norwegian string players (Kari Rønnekleiv, violin and Ole Henrik Moe, viola, who have chosen an unfortunate nom de musique) I was kinda hoping for something like a modern variation on Scandinavian fiddle music, realizing I was likely stupidly conflating traditions from several countries/areas, but what do I know? Anyway, no such luck (or maybe they do and my ears simply don't pick it up). Instead, for the most part, the pair generate grainy, visceral but amorphous studies that often sound as though parts for two strings were excised from early 60s Penderecki. A fine enough source and one or two examples within an album would have been welcome, but here I found it a bit wearying. Long, raspy drones with complex but grey harmonics. When things get more active, as happens a time or two, some excitement is created but that's not a terribly interesting way to foment excitement, just ratcheting things up. I take it these were improvisations and assume the duo was intentionally concentrating on a fairly narrow area, but for me, not enough of beauty was excavated. I'd like very much to hear them in more composed surroundings or, dare I say, more folkish ones. 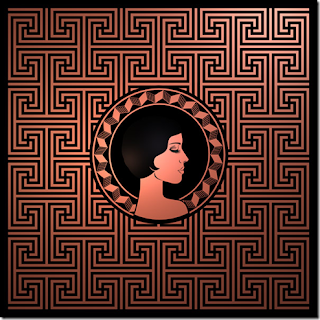 May Roosevelt - Haunted (no label)

Here's an outlier...May Roosevelt wields the theremin, but you'll find little to remind you of Clara Rockmore here. Though solo, Roosevelt augments the theremin with beats and, I think, other electronics (unless her instrument is capable of more variation than I've come to expect from such). The result sounds oddly closer to Diamanda Galas than anything else I can think of, sans vocals. The drums (or synthed drum sounds?) pound steadily in ritualistic fashion, Frippertronic-y chords well up behind and Roosevelt solos atop. Her theremin does posses a richer, deeper sound than most examples I've heard and and is deployed with an emotive, often mournful aspect that's interesting as far as it goes. The more rockish things get, generally the worse off it is, with the exception of "Chasm", with it's duple words and propulsive, Laurie Anderson-ish momentum--a very nice track. As with Beequeen above, though in a different sense, not particularly up my alley but could be of interest to some.