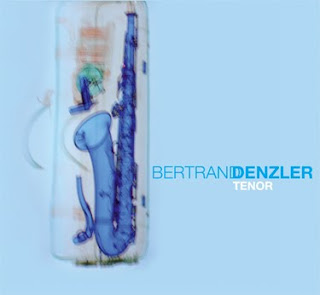 In my limited experience with Denzler's work, I get the impression that, somewhere along the line, he made a decision to, while acknowledging what we might call post-Butcher saxophonics, not forgo the essential sound of the instrument, insisting on finding newness in the Coltrane and Ben Webster lineage insofar as tone is concerned (while leaving jazz as such by the wayside). Indeed, given the title of the disc, it's hard not to think back to Joe McPhee's early release of the same name, when Hat was still in a Hut and similar explorations were made, albeit firmly alluding to the jazz and blues tradition.

The three tracks here, in textural terms, sort of run from more traditional to less. The first, "Filters", concentrates on held, deep tones, fluttering just a bit at the beginning, in small, microtonal shifts, gradually becoming more guttural as the piece progresses, growing louder. This ferocity and grit necessarily connotes ties to free jazz but Denzler seems confident that these can be both nodded to and bypassed. It's a tricky business, to be sure, but to these ears, he pulls it off rather well, the listener able for the most part to concentrate on the pure sound and less on its referents. "Signals" begins where the previous one left off but softens the attack, drifting into an area midway between a full tenor sound and breath tones. I'm reminded a little bit of early Roscoe Mitchell investigations; this isn't a negative point--I think Mitchell opened up areas that have yet to be fully explored and I'm glad to see Denzler, intentionally or otherwise, coming across a few. "Airtube" is just that, moving well into the area we've (unfortunately?) come to expect, all breath and key-pops. It's also, to these ears, the most successful piece in a structural sense, feeling less episodic and more architecturally sound, having a strong sense of individual components being integrated into a tensile framework. 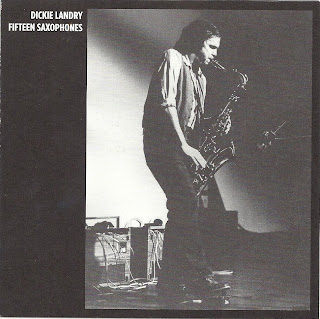 The fine folks at Unseen Worlds have resuscitated yet another valuable and unfairly unheralded recording from the 70s, Dickie Landry's solo outing originally issued in 1977 by Northern Light. To the extent he's known, not widely enough, it's likely from his tenure in the original Philip Glass Ensemble where he shared reed duties with Jon Gibson. The three tracks here, two on tenor, one on flute, feature multi-tracking and echo effects but there's no slickness to be found, no pyrotechnics for their own sake. You can hear the Glass influence, to be sure, (though sometimes I pick up more of Riley) but it's far more free-flowing than glass with a keening quality that looks back to the blues and often enough explodes into free jazz, especially on "Kitchen Solos". Oddly, one thing I found myself thinking of was that S.O.S. album on Ogun with Surman, Osborne and Skidmore, though without the folksiness. Long, consonant, overlapping lines mixed with rapid flourishes on the first cut, more wafting breeze on the flute piece, both lovely. Hearing him tear into things on the "Kitchen Solos", one agrees with a point made in Clifford Allen's fine liner notes: had he been a regular in the loft scene at this time, he'd have easily held his own with the best of the reed players therein and would doubtless retain a higher profile today.