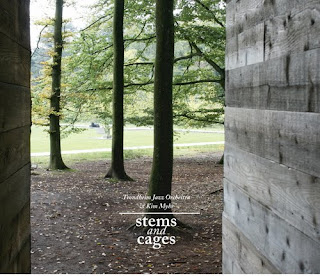 A commissioned work for the above ensemble composed by ex-pat Myhr who brought in a couple of Australian friends, Jim Denley (reeds) and Clare Cooper (guzheng) to round out the group. Its eleven sections range widely in approach and, to a degree, in quality; you might place it stylistically somewhere to the left of Barry Guy, retaining a healthy dollop of free jazz while clearly aware of post-efi music. I enjoy it most when it broods, as it does on several of the longer tracks, evincing a fine haze of shifting colors and textures, flowing by on a slightly inclined plane, meandering unpredictably. The orchestra, which is entirely acoustic, seems predisposed toward the dark and forested (or am I reading too much into my own concept of things Norwegian) and generate some very rich, breathing pulses even, in the final section, verging on the Feldman-esque. Really good. My main complaint, and it's at least partly a personal bias, is with vocalist Sidsel Endresen. She's first encountered on the second cut, "aeolian bloom" and is fine, submerged and moody. After that, however, each appearance (three or four) falls into that Hirsch-ian, post Galas area of growls, cackles and near-histrionics that simply rubs me wrong. It's better on that last track, more immersed in the ensemble but I'd still rather be without.

So, a mixed bag for me. Fans of Guy's LJCO and other like-minded groups should enjoy it very much.

If MNJ has a page, I can't locate it. Here's the orchestra's myspace page and that of Kim Myhr 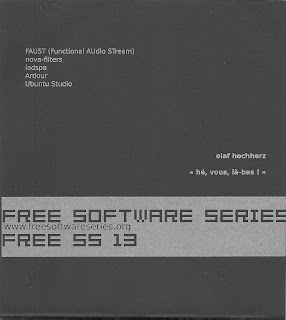 In a series of Mattin-esque questions on the back of the sleeve, one is asked, "Does this cd talk with your other cds about you?" Maybe so, but it doesn't strike me as this cd would be too talkative, perhaps expostulating in brief spasms of invective or ennui. Well, that's too harsh, but we are presented with some 51 minutes of sporadic electronics which, for all the space between sounds, has a very claustrophobic feel, very interior to the machines generating the sputters and creaks, with little evidence of the room in which it's being created (perhaps because there was no room). One hopes if it engages in conversation with Hoahio on its left or Johnny Hodges on its right, one of them suggests taking a walk outside.

I agree with Anonymous #1

I agree with Anonymous #2

You actually reviewed a CD by a group with the word "Jazz" in it. Please stop this immediately.

that wasn't me, FWIW.

Au contraire,I regard both myself and my confrere, the Kud, as distinguished.