I was intrigued to arrive home a while back to the sight of an LP-sized box, over an inch thick and heavy. It was found to contain eight slabs of 200g vinyl (six albums, two of them doubles) from the Minneapolis-based label, Taiga.... 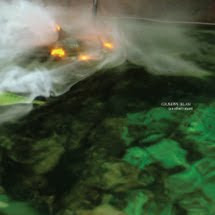 I guess it's been a few years since I've heard any work from Ielasi but still this was rather surprising, though it's apparently the second in a proposed trilogy, the first ("stunt") having appeared earlier on Schoolmap. It's turntablism, purely so as far as I can determine, replete with fractured, if fairly steady, beats. Not my field obviously and the referents I hit on tend toward the ancient--Bush of Ghosts, for one--and what sounds like an extract from Fripp and Eno's "Evening Star" on the third track on Side One. The pieces are well-layered and varied, the number of plies shifting occasionally to allow others to be heard in different light. Sometimes, the cuts are smooth and grooving, sometimes abrupt à la Nicolas Collins sample-based work, full of off-kilter rhythmic kernels. Pleasant and enjoyable enough, though not nearly as gripping as much of Ielasi's previous music, whether abstract or more melodically oriented. 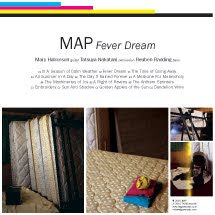 MAP is Mary Halvorson (guitar), Tatsuya Nakatani (percussion) and Reuben Radding (bass), performing a set of post-Bailey, free-jazz improvisations on this 3-sided double LP (shades of Rahsaan!). I've only heard Halvorson sporadically in the past and a mere five or six recordings from Nakatani and Radding, so I'm not quite sure if this is representative, though I imagine so. While Bailey's shadow is clearly discerned, Halvorson ranges widely and one eventually hears a distinctive voice. The trio spends a good amount of time playing quietly and in a relatively tonal manner; that's where I find things work best. When they get rowdy, the standard, crowded gabbiness sets in and the music becomes indistinguishable from many a well-played but idea-free improv set. There's much here to please many an improv fan, I just wish they'd taken more time, listened a bit more, opted for greater open space--you know, the usual! 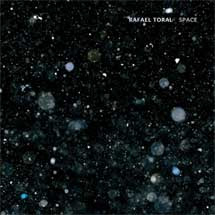 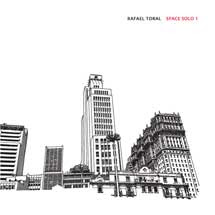 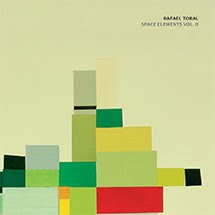 The bulk of the package was made up of these four releases from Rafael Toral. The first, "Space", I'd heard on disc (issued by Staubgold) and written about at Bagatellen. I think I feel about the same today, but it was interesting revisiting it, especially in the context of the ensuing three recordings. As with much of the music here, Toral uses sonic elements that might sound "spacey" on their own, but arrays them in an irregular, often jarring manner, widely separated, isolated, somewhere between a very acerbic Sun Ra and Rowe/Sachiko's "contact" (with more spatial awareness than the former, perhaps, but without the incision of the latter). Sometimes (on "Space Solo 1"), the sounds are spare and almost trumpet-y, lending a harsh, slightly plaintive feel. But then it will swiftly turn loopy and echoey for a few moments, reinforcing the spacey connotations. There's also something of a vocal quality in the inflections which causes me some discomfort as I tend to impart goofy emotional qualities to them.

The Space Elements sets use an expanded ensemble and the music is very much enhanced as a result. Volume one includes Rute Praça (cello), César Burago (percussion), David Toop (flute), Seí Miguel (pocket trumpet), Fala Mariam (alto trombone) and Margarida Garcia (electric double bass), most appearing on single cuts in duo with Toral. The concept feels largely the same, but merely by doubling or trebling the participants, some real breathing room is achieved and the isolated sounds are suspended in a more oxygenated atmosphere. The track with Garcia is especially choice. Even the single solo piece sounds fuller.

Space Elements, vol. II includes some of the same participants as well as Manuel Mota and Evan Parker, among others. There's also a bit more overlap with as many as six players on a track. There's a bit more of a jazz feel here, a looseness not often in effect earlier (these tracks are the most recent of the bunch, from 2006--2009). Both of these last releases are quite intriguing. I'm not sure if Toral's vision has been achieved here or if these will turn out to be wayposts, but they certainly comprise a unique approach, one that may take a while to settle in. I'll be curious both to revisit these and to hear future investigations along these lines.

you made a fascinating work with this post, you really demostrated your domain over this theme, and show me the real nature of this type of situations, well until the next time.