Brief reviews of five releases from Intonema that were issued in 2015 & 2016 which I only recently heard. Next post will be for five more that appeared in 2017-2018. 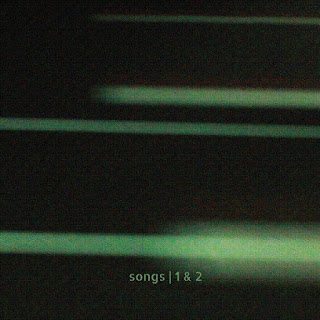 Songs is a quartet made up of Lucio Capece (bass clarinet), Rishin Singh (trombone), Stine Sterne (voice) and Catherine Lamb (viola, voice). They perform two pieces of Singh's, 'Six Scenes of Boredom' and 'Three Lives'. Despite a title designed to give the malicious critic an easy foothold, the first track is anything but boring. Long, staggered lines, largely in the mid to low registers, from the horns and viola lay beneath the occasional vocal which does carry with it something of a song-lyric aspect, just detached from its stanza and floating. There's a certain amount of stasis, though also some fine melancholy in some of the shorter, two-note sequences, a resignedness, maybe. 'Three Lives', while retaining many of the same general forms as heard in the first piece (the long, blurred, low lines) contains more frequent vocal passages and thus arguably connotes more of the idea of "song". Again, however, these words are sung in short clusters (here, both Lamb and Sterne) and allowed to suspend. When sung in near unison, using a single note, there's a surprisingly urgent sense of drama imparted. (The words are fairly indecipherable, at least by me, but "cocaine" is repeated). It may overstay its welcome just a little bit, but a lovely work nonetheless. I hope Songs, the ensemble, is a continuing project and eagerly look forward to more. 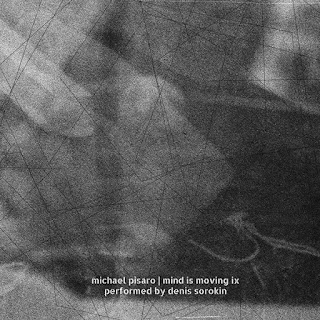 I'm thinking I had to have previously encountered the zen source of the Pisaro title, but perhaps not: Not the wind, not the flag; mind is moving. I believe I've heard numbers 1-5 in this series, though only in one reading each. Here, Sorokin is mostly heard on electric guitar, though he also makes use of radio, stones and whistling. To make an obvious point, the successful realization of Pisaro's scores rests squarely and with unusual weight on the shoulders of the performer, perhaps more so when the composer isn't present. I'm not familiar with this score but presume that it's one where the instrumentalist has a choice of sounds to make over a given period. The nature of the sounds, their duration, dynamics and, crucially, their placement in the time-field is to some extent at least, up to him/her. Extended silence is an almost necessary outcome, as it is here--or near-silence as amp hum and perhaps room ambience are easily discernible. Determining for oneself how well the work was realized is perhaps even more subjective than usual. I find Sorokin's choices decent enough if, somehow, not quite as incisive as I want to hear. Maybe it's the tone of the guitar, its relative forthrightness that I'd rather have somewhat muted (though, certainly, for all I know, some of this may have been indicated in the score and the "fault", such as it is, lies with Pisaro). Often, when hearing/seeing Pisaro himself performing his music, I find that the electric guitar is a little intrusive; a problem for my ears, not necessarily for other listeners (my mind needs to move more, maybe), and this recording should definitely be heard by anyone with an interest in this area of music. It's a good recording even if I'm curious to hear the piece realized by someone along the lines of Cristián Alvear. 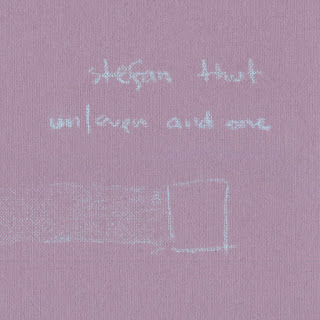 I should pause to mention that, with regard to these five releases, I was sent only the discs in plain, white paper sleeves. Not having any direct information that may (or may not) have been printed on the actual CD sleeves, I've been resorting to various accounts of the projects from both the Intonema site and other reviews.

I write that here as I've learned that a key component, possibly more conceptual than auditory, of Thut's composition is a set of recordings made from the musicians involved "writing" various words with their fingertips on a cardboard box, which is then pushed around the performance space. The musicians are Yuri Akbalkan (electronics), Anna Antipova (box, playback, movement), Ilia Belorukov (alto saxophone, objects), Andrey Popovskiy (violin, objects), Denis Sorokin (acoustic guitar, ebow) and Thut (cello). Thut's music is always thin and dry but usually in a very rewarding way--less thin than transparent, less dry than sandy. And there's a fine sandiness in the sounds encountered here, grit being pushed aside and underneath the objects being dragged and otherwise moved across the floor. And there is a strong sense of physical movement; I was reminded at times of Taku Unami's manipulation of cardboard boxes some years back in NYC. The instruments, when they appear (which is sporadically), add the merest tinge to the general sound-world, an airy, arid space of rubbed and abraded surfaces. That space is consistent, true to itself and endlessly varied and complex within narrow parameters. I could stay for hours, wonderful work. 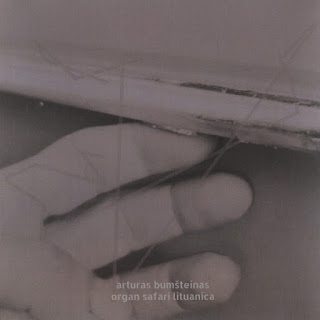 As best I understand things, Bumšteinas, in the company of organist Gailė Griciūtė, visited some 20 sites in Lithuania as part of his "Organ Archipelago" project, where she recorded improvisations on the local church organs. Bumšteinas then developed the three compositions we encounter here from those improvisations. So the album is very much a joint venture and an enormously successful one. Others, from Eva-Maria Houben to Jean-Luc Guionnet and many between have explored extended technique and sonorities with pipe organs in recent years and this release fits in quite comfortably. The general sound-world of the organ is always present, as well as the ancillary sounds of pedals and stops. But also the kind of breathiness not heard in "standard" organ fare, unusual pitch bending and more. Still, the overall sense is one of tonality, if stretched and pulled.

Bumšteinas achieves a kind of prismatic effect with the overlays; the varying timbres of the organs, the audible differences in spatial atmospherics and the range of attacks by Griciūtė reflecting off of and through one another with a really fine balance of transparency and substance. Swirling, sometimes calliope-like, nightmare-y; hard to describe but very engrossing music and highly recommended. 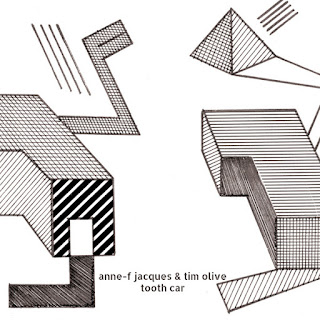 Recordings culled from two stops on a 2015 tour by the pair, each wielding an assortment of electronics. Rotational devices are clearly in effect (more from Jacques, I think) and provide an effective throb 'n' pulse to undergird the excellent grimy, raw noise that makes up the core language. It's an area explored by many others, a generation of industrial-grade sounds that cycle in varying phases, creating an infernal-factory aura. But it's also one I'm quite partial to, easily imagining myself in such a climate, immersed in the massive sound slabs, aurally buffeted by the whir and clank of rusty gears, the groans of decaying turbines, etc. The first of the two tracks is more in this dense vein, the second imparting a feeling of an abandoned space, the machines still humming but less insistently, neglected, farther along the path to end of their functional life. Good stuff.