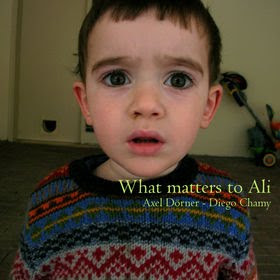 Recorded in 2006 but sent on my Chamy after the more recent collaboration between the two, this set is "straighter", less conceptual, Chamy augmenting his spare percussion with mumbled vocals but no T-shirt tearing that I can discern. It's quite relaxed and very enjoyable, Chamy often meting out slow, regular stabs at muffled metal and drum skin, Dörner calmly investigating some of the more "normal" areas of his horn, though phrasing them in questioning aspects, almost swabbing at them. The breath tone forays are also serene enough, again tempered by Chamy's zen-like percussion. Nice recording, very peaceful and rich in its own way, worth seeking out if you can find it. 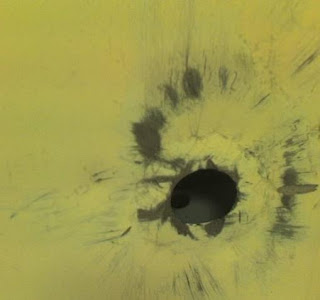 David Grundy, I believe out of Cambridge, England, has begun a web-based label, Woe Betide, with three releases.

His own "Unbidden" has some unnecessarily defensive accompanying notes, perhaps aimed at listeners unaware of developments in the field in the last several decades. Grundy's work, at least as represented here, certainly falls well within parameters established by Nakamura and any number of other electronicists. Two tracks, the first of which, "unbidden", is a kind of harsh, layered drone which, to my ears, lacks the subtlety and richness necessary to fascinate; it fluctuates but not in a manner that surprises or excites. It does, oddly, wear rather well on repeated listens, one's ears accommodating to a degree, searching out hidden strands, which are there, if faintly heard. The second, longer (44 minutes) track, the unfortunately titled "Borne on the 4th of July", fares much better. It unspools quite naturally, the drones having thinned and spread apart, acquiring their own character (sometimes insectile) more as quivering tendrils than slabs. "Quivery", in fact, is a decent descriptor of much of the piece, as it sounds a-tingle with spiky energy while retaining something of a calm demeanor, no mean feat, like some one walking slowly yet about to explode. He does explode a bit, at least begin to effervesce...Nice work, makes me eager to hear more from Grundy. 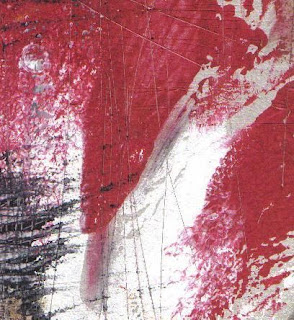 Mark Anthony Whiteford is a 52-year old saxophonist, offering three solo pieces on "Zariba". The first is a brief but lovely sliver, breathy, somewhat reminiscent of that quiet Braxton track on "For Alto" (a piece that resonates still, lo these 42 years later). The other two cuts are far lengthier and incorporate radios, voice and electronics. "Radio Breath" is pretty much that, sputtering alto and subtle integration of radio (static and faint voices). It works well enough, filling up the space capably, one of those pieces that would benefit greatly from being heard in situ, I think, as opposed to on disc where the sound has room to spread out, but it's fine and reasonably engrossing here as well. "Blood" is perhaps a little busier overall (though with long quite periods as well) and somehow holds together less well for me, the sounds interjected carrying more of a random aspect. But not bad at all--seriously intended, generally well constructed. 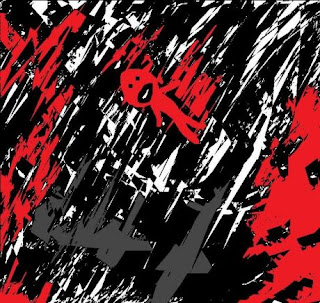 OK, calling a disc, "The Cambridge Free Improvisation Society In Hell" is just begging for trouble. And the opening track, "hell", delivers--a pretty awful smear of instrumental whines and vocal groans, presumably illustrating the torments therefrom, something that should not have seen the light of day. Or hell. The group is actually just a quartet, though they make enough noise for many more--Grundy (laptop, recorder, piano), David Curington (oboe, piano), Nathan Bettany (oboe, xaphoon [?--ah! a bamboo saxophone, cool]) and Daniel Larwood (electric guitar). The second track fares better, a loose improv with wavering guitar and those oboes, relatively nice and dreamy with enough grit to get by; nice, quasi-gospel-y piano at the close. The brief duo with Grundy and Larwood is the highlight of the disc for me, a delicate piece hovering near "Moonchild" territory...The final cut sprawls somewhat, meanders, but not so unpleasantly.

Some ok work contained on these three releases, not nearly so difficult as they'd seem to like one to believe, more the work of younger (and not so young) improvisers finding their way. To be continued...

thanks, brian, for a thoughtful and fair review. much appreciated! all the best, david.