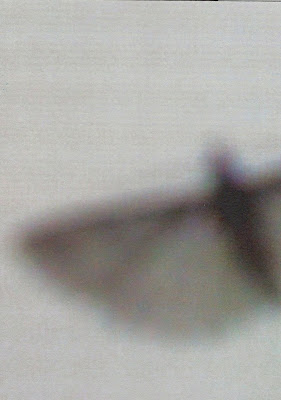 It's very heartening, right on the heels of "Acts Have Consequences", to encounter another release that's in the same ballpark a far as essential quality and indescribability go (I should mention that "motubachii" is right there as well, a recording I still can't figure out what to say about), though this was recorded in 2006 and, I believe, contains substantial post-production work, presumably by Karel. Whatever the case, "Falter 1-5" is one absorbing, excellent work.

A bunch of us were talking about Krebs' music last week in Philly and the term that kept popping into my head was, "coltish"--that wonderful combination of awkwardness and just-rightness. In her own work, this can force the listener into wider accommodations than he/she might normally be used to, which is a very good thing, if not always the easiest matter. While I assume that Karel's contributions make up a good half of the raw sound element here, I'm also guessing he molded the entire proceeding, encasing Krebs' coltishness inside another layer of form, a translucent one, a very fascinating idea.

One of the core strata that weaves its way through these five pieces is the "electricalness" of them. Current is everywhere, controlled here, erupting in sizzles there. One expects to receive a mild electric shock when retrieving the disc from the player. Otherwise...rather tough to define. The mix of various components is very well balanced: gritty/smooth, loud/soft, harsh/oozing. But essentially, everything feels grounded and real-world somehow; it's far from field-recording, but almost gives the sensation of sounds encountered in situ. That's a compliment, a big one. 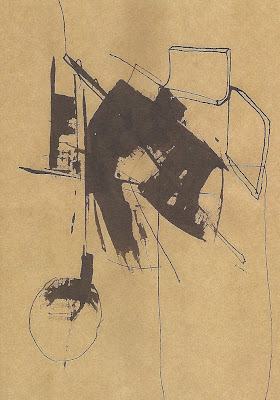 This is an engagingly tough nut to crack, one I don't think I've entirely decoded but have enjoyed the attempt. All acoustic (percussion and bass). It's not the sounds themselves that present difficulty--the pair tends toward the quietly groaning and rustling, all played carefully and with no small amount of beauty--it's more the overall structure of the three pieces, which strikes me as having a tenuous, fibrous aspect, where the connections seem enticingly tentative, wispy. Lash contributes some really great, low growling tones, as though bowing a tightly held, 1/4" thick bass string and Farmer is restrained yet oddly busy throughout.

There are fits and starts, notably in the second track, though listened to from a certain angle, I can almost accommodate myself to them and hear them as not stuttering or meandering at all. These glimmers, for me, are ephemeral however; I go back and forth between enjoyment and frustration for maybe a third of the disc. I have to think that, ultimately, this is a good thing, even if I can't quite perceive it, in its entirety, right now.

fwiw, the entire last track (the three sections seem arbitrary and the disc plays as a single piece) is overtly fantastic. The thing is, I get a feeling the rest of it is greater than I'm able to discern at this point. I totally expect to revisit this sometime and be astonished at what I had failed to hear earlier.

Fine, challenging (at least for this codger) work.

Thanks Brian. Glad you enjoyed Falter. Interested to hear your thoughts on Bestiaries as well, this is the first review I've seen and there's very little informal comment out there so far. i think its a great disc obviously, primarily because the sounds and their placement are really lovely, but I also like it because it sounds like so little else right now- some kind of cross between Jeph Jerman, Wandelweiser and John Russell. Well, to me anyway ;)