Briefly, two "unofficial" releases on Copy For Your Records, both very good and worth your while. 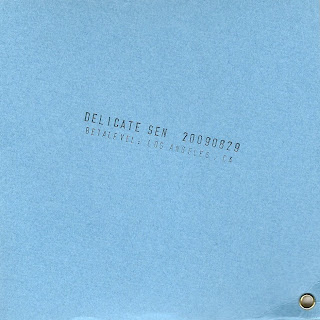 Anne Guthrie (french horn), Billy Gomberg (synthesizer) and Richard Kamerman (motors, objects, electronics) with another very fine effort. As before, on their self-titled disc from last year, there's a simple deliciousness in this combination of sounds, especially the slightly forlorn quality of the horn. But more, it's in the pacing, the willingness to turn toward calmer, even soothing areas when that makes sense and the feeling of completeness, of a full set of music that lingers exactly as long as it has to, in this case about 1/2 hour. 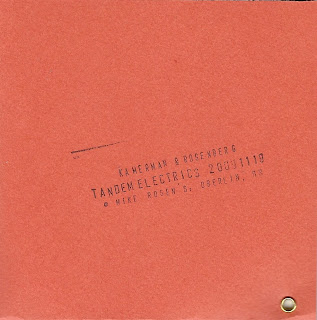 Kamerman with Reed Evan Rosenberg (electronics). Only similar to the previous disc in how well it scans how ably it tiles the audio space. The elements are harsher, though not without ameliorating portions, concentrating on buzzes, whines, rumbles, scrapes. But as in their earlier releases, the ply is satisfyingly thick, the ideas smoothly flowing. It actually ends with a surprising veer into quasi-Fennesz territory. Again, a short (less that 22 minutes), very satisfying performance, well worth hearing.

Interested listeners can contact Richard Kamerman at: orders@cfyrecords.com. He'll be happy to bake you copies.
Posted by Brian Olewnick at 6/16/2010 06:07:00 PM