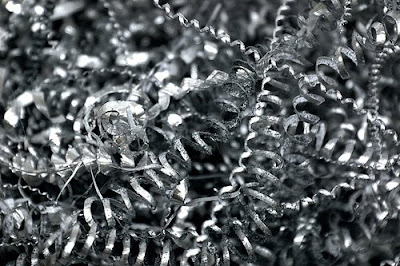 Without a doubt, my most enjoyable, if belated, "discovery" of this year has been the music of Michael Pisaro. I'd heard snatches off and on for a while, if I'm not mistaken, including while listening to the Wandelweiser radio stream, but hadn't really listened until a few months back when Barry kindly sent me his Confront release of "an unrhymed chord" and soon thereafter I heard Pisaro's "hearing metal (I)" among four recent Wandelweiser discs. Michael saw the write-ups here and was kind enough to send me his entire Wandelweiser output, an additional six sets of material which I've been happily wallowing in for several weeks.

I find a real affinity between the way I approach "things" and how I hear that Pisaro does, which likely goes a long way in explaining why I enjoy the music so greatly. If I'm allowed to generalize, he comes at things with an extremely high level of concentration and seriousness, but that seriousness has something of an innocent, even childlike sense of wonder at the phenomena he's experiencing/creating that I find both appealing and inherently fascinating. That concentratedness necessitates lengthy works, by and large, but not once have I found a piece over-extended, even (especially) the 288 minutes of the combined Transparent City project. That's a remarkable accomplishment right there. Too, he has the wonderful habit of creating "rules" that can be thought of as "simple" in the sense that they're easily described and understood, yet they faithfully produce complex, endlessly rewarding results.

I bet the earliest piece, "mind is moving I" (1995), for acoustic guitar (with whistling), employs some system with regard to chord choice, length, decay, dynamics, etc. though I get the impression that the whistles are more intuitively placed (I could well be wrong!). The guitar sounds are emitted sparsely: isolated, quiet chords with odd harmonics, mostly left to hover on their own, sometimes in a short series, often allowed to evaporate, occasionally cut short, sometimes accompanied by a soft whistle. That's all. Yet for 72 minutes (a popular duration for Pisaro) I was held rapt; it felt more like a half hour had elapsed. Listening at home or, better, up here in Cape Cod, it was a perfect complement for the area birds, squirrels, bees, flies--it integrated with the surroundings beautifully. Not "peaceful" in any sappy, ambient sense but, oddly, in a very active manner despite the surface stasis of the music. Here, as on subsequent releases, I can't help but think that it's Pisaro's poetic sensibility--what to introduce when, with what qualities--that makes this music stand apart from quasi-similar efforts by others. Again, it's not a complicated "score" (maybe it is?) but its particulars, including the care and concentration with which it's performed here, cause it to levitate.

His "here (2)" for accordion (Edwin Alexander Buchholz) and flute (Normisa Pereira da Silva) appears on the excellent 2-disc set of accordion music that includes a wonderful rendition of Cage's "Cheap Imitation" as well as engaging pieces by Frey and Beuger. In a sense, it anticpates later works where a sine tone is buried amidst sounds of similar timbre in that the flute, especially in the piece's first half when the accordion is breathing out thick, dense chords, is virtually hidden from overt perception. As the music trends higher and sparser, attaining a kind of thin air aspect, the twinned tones, long sustained, are clearer, interlacing quite beautifully. At 20 minutes, it's relatively short for Pisaro, but perfectly timed here.

It's difficult to write, qualitively, about the "Transparent City" sequence, comprising two 2-disc sets, 24 pieces of 10 minutes each with two minute pauses between tracks, except to say that I love them, have been listening quite often and don't think I've come close to exhausting the material there. As mentioned above, the basic idea seems rather simple: take a 10-minute swatch of field recording (all samples here recorded in and around Los Angeles, in various types of locale) and threasd it through with sine tones that roughly approximate the general timbre of the recorded sounds. And that's what we hear. Why they work so fantastically (though, interestingly, I'll be damned if I can pick out any "favorites" from the bunch) is tough to say, except for two things. First, the recordings themselves are great, precise, depth-filled, almost as fascinating as sitting in those places with open ears oneself, no mean accomplishment. Second, as in "mind is moving I", the aesthetic judgment evinced by Pisaro in his deployment of the sine tones is unerring. I used the term "thread" above and, in fact, the strongest mental image I have while listening to "Transparent City" is the glimmer of a thin silver filament wending its way through rough, jumbled material, just barely glinting here and there, disappearing into the folds, re-emerging. The sine tones never dominate, never lie atop the recorded material; often they're either absent or unhearable. When relatively prominent, they take on something of a Lynchian aspect, imparting an otherwordly quality to the water, marketplace, roadway, etc. The field recordings were unedited; curious if some judgment was applied choosing which 10-minute segment to utilize. Why 24 pieces, using recordings from a four-year period? Dunno, except to say, miraculously, it doesn't seem like overkill! The pieces are different but of the same cast; there's a strong consistency here. I'd even welcome a third set.

Belying somewhat what I said above, the structure behind Pisaro's "harmony series" (here, #s 11-16 out of 34) is, if not complex, at least a bit arcane. As I (probably faultily) understand it, he begins with a poem and somehow manages to render it graphically ("as if one were making a stencil"). He then reduces the essential meaning of the poem or fragment thereof to a single characteristic which informs the rendition of the piece ("proliferation" is cited as an example, so that piece "might be read as a shift from a barely to a clearly audible, multi-faceted sound".) And I think there's more to it but I'll stop there. The result is nine pieces that are often spellbinding (some of the numbers have variations--the nine are presented almost symmetrically, both by title and approximate length: 16a, 11a, 12a, 13, 14, 15, 12d, 11c, 16b). Far too much to go into here, but highlights include 12a, a duo for oboe/English horn (Kathryn Pisaro) and sine tones (the composer), a 20-minute series of paired tones of long duration (with long silences) that is almost stately, the tones sliding with mild irregularity up to and away from one another, creating slightly irregular "beats". I might call it "meditative" but its mutations require too much attention. Two solo works are gorgeously played by Greg Stuart (percussion--a musician I very much want to hear in other environs), one recalling Jeph Jerman a bit. 14 might be my personal favorite, for violin, harmonium, piano and (I think) bowed guitar, the single piano notes in a slow tempo, like water droplets on a sheer, silk scrim, shifting gently in a breeze. Evoking the spirit of Feldman without ever imitating him. Great piece.

Neatly, this series concludes with the Wandelweiser release (2-disc) of "an unrhymed chord", the same piece through which I was really introduced to Pisaro's work via the fine version by Barry Chabala. Here it's rendered twice, the first a tremendous exploration by Stuart using 70 sounds, all "made by friction--either by bow, stick or hand". As much as I enjoy Barry's, this one is my current standard; maybe there's something about the chosen sounds, that frictive aspect, that really imparts a wonderful grain to the piece here. That plus the choices Stuart makes, of course. Whatever, it succeeds in manifesting as a palpable presence in the room, filling the space, endlessly absorbing. The second version might be the one work out of this entire bunch that didn't work for me on most levels. Aggressive and chancy idea, though: Joseph Kudirka, who realized the work, solicited contributions from several dozen musician acquaintances, asking that the "sounds were to be electronically generated in a non-performative fashion". Kudirka then assembled the sounds in the manner suggested by the score (the louder the sound, the shorter its duration/iteration), their entry more or less determined by the notations of the contributors. There's something of Rowe's "sight" about this but it lacks that work's "found" power and grace. For my ears, perhaps the already semi-randomized nature of the score requires more "touch" on the part of the person doing the realization. Here, everything is listenable enough, not bad by any means, but the specialness that adheres to so much of Pisaro's work isn't there for me.

Many thanks to Michael for sending these discs my way, it's been a total pleasure coming to (begin to) know the music.

Curious listeners might also be advised to tune into Wandelweiser Radio which seems to be currently down but which I imagine will be back soon.
Posted by Brian Olewnick at 9/16/2009 10:25:00 AM

Thats a great choice of image for this post Brian.

Glad you have discovered Michael's music, he has indeed been in a wonderful vein of form in recent years. His music, and in particular his work with Greg Stuart has been a constant source of inspiration to me of late.

I trust you had a good break.