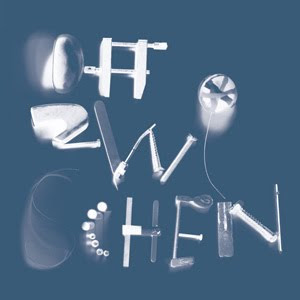 I'm not as interested in the software integration used by Lexer on this solo recording, more in the music as such, but the electronics are indeed used well enough that it's tough to imagine the music without them and, in any case, the music is quite good indeed. Richard went more into depth than I'm able to here and if I'm not quite as blown away as he was, this is still one excellent disc. As he points out, most of the pieces feel more like compositions, breathing compositions, than improvisations, all the more impressive when manipulating and assessing the live interaction with the programming, but Lexer carves out his own sound as well. Gentler than Tudor, harsher than Feldman (though alluding to both), more liquid in feel than most post-serialists but still retaining no small amount of astringency, even piquancy. Maybe a tinge of Tilbury but not nearly enough to be a distraction. The cuts work well as a suite though if I had to choose a favorite, it would be "defining edges" with its multiple gentle arcs like flowering branches. Wonderful palette in that one and there's not a sub-par track on the disc. I can easily imagine this one revealing more and more on each listen and look forward to doing so. Get this. 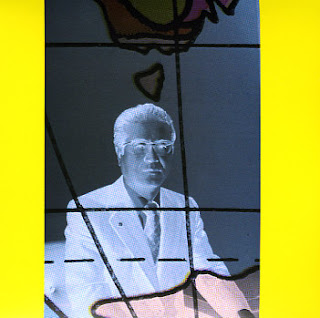 The "area" in which Olive is operating here is, even if I can't quite define it succinctly, one that I'm not so partial to these days: clunky/noisy/scratchy. Not the clunky/noisy/scratchy of, say, Tandem Electrics (who I should thank for a fine set the other evening at Listen Space along with an excellent one on the part of Bonnie Jones and Tim Albro), but something a bit more assertive, more through-plowing, with less concern for space. Given that, I've been trying to listen to this from a different angle, the same way I wouldn't look at the Gilbert and George-ish disc cover and evaluate it like a Twombly. This yields some dividends. The claustrophobic press of the sounds begins to be appreciated on its own merits, the grinding gears, the wacky clangs and whoops, the oily feel, the strangely moist static. Listened this way, there's much to enjoy but I get a little disgruntled by the thirteen rather brief tracks, wanting to here the kernels elaborated upon (like track 12, a rich, Roweian drone). In sum, I'm a bit half and half on "The Specialist"; it's too gesturally active, if you will, for me to totally embrace, but intriguing on its own terms.

You can get it, among other places, from Squidco where there's another review. 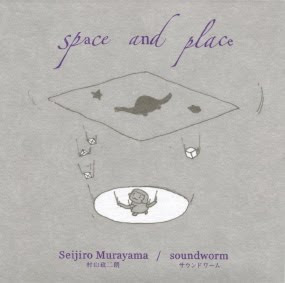 It's funny, there's something here, on the third track, that I'm sure most if not all of us have done, that is, striking a hard surface with a smooth stick and varying the pressure along its length so that the tone changes. I remember first discovering this with paint brushes on a concrete windowsill. So when it emerges here, I have this odd combination of pleasant nostalgia and a little disappointment of the "hey, I've done that" variety. Curious about the quasi-Sun Ra allusions in the titles of the album and last track as well. Overall, it dwells more in the snare and cymbal-induced drone area and I generally enjoyed the pieces though I had a nagging sense of grasping their essence a good length of time before they concluded.