Taumaturgia is a new, anti-copyright label out of Galicia, Spain (not far from where we might be residing in a decade or so), whose first three releases run something of a wide gamut. 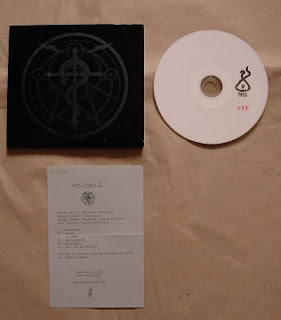 Volantè is Miguel Prado (guitar, circular saw), Roberto Mallo (Alto sax), Raúl Garcia (electric violin) and Rafael Mallo (drums, percussion), here serving up some 76 minutes of harsh noise with a free improv tinge, kind of like an extreme Emanem session. A little too scratchy/squealy for my taste (especially the alto, which wears thin) and longer than it needs to be. Gels here and there in a rough, industrial kind of feel, but not often enough, though the last track begins to smoke. 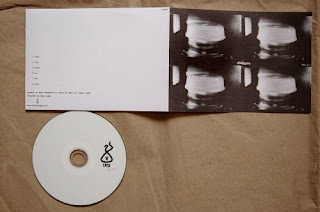 Solo drums, six tracks. Not really "avant" in the sense of anything post-1970 or so (for the most part--there are a couple of "lower case" moments), just six solid drum tracks, the emphasis on the toms and lower-pitched sounds. As with something like the Garbarek-y disc from a little while back, I don't really understand the larger point of this kind of exercise, but what Mallo seeks to do, he does very well, very precisely but with nice feeling. Sometimes I was reminded of Don Moye, other times Roy Brooks. 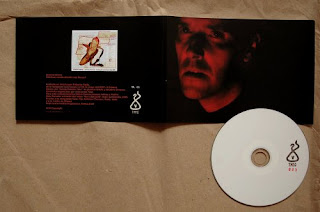 For this occasion, the band consists of Josetxo Anitua and Mattin, playing guitars, electronics and other noise-emitters. I'm probably finding myself in increasingly diminishing company, but dammit, I still get something of a kick from this sort of thing. I found myself thinking, if I were in an adjacent room in a cellar somewhere hearing this clatter and wail, a smile would cross my face; "They're clearly enjoying themselves in there." A mere 16 minutes (probably a good idea) of audience noise, idle guitar strumming, mumbling, screaming, crooning, extreme raucous noise, etc. Fun!

As stated above, this is an anti-copyright organization so, despite the fact that the actual discs in question appear to have been issued in limited editions of 100, you may freely sample the wares for yourself at their site
Posted by Brian Olewnick at 6/16/2008 06:47:00 PM

Hi Brian, thank you very much for the time spent listening to our first 3 releases. We hope in future to continue with new editions interesting and runs just over 100 units. Thank you again and we'll keep you informed of our news.

PD: You received my new release for free software series?

Hi Miguel. I hope to visit Galicia, Asturias, etc. in the next year or two.

Haven't received anything from the Free Software series since the 4th release, Mattin's "Broken Subject". Perhaps it's on the way?

Perhaps lost postal package, a record, a bit noisy, which had been doing in the beginning, I am very keen to work on what I have been playing live this time, something more personal and silent, and I think there are a couple of collaborations that may be great. Anyway, I will send you my record these days, if you want to hear at some point, without compromise . Account with us for the visit to Galicia, last week we were playing in an old leather factory, with io mills and a small waterfall,we played before Rob Mazurek , the village is named is Allariz and are precious.