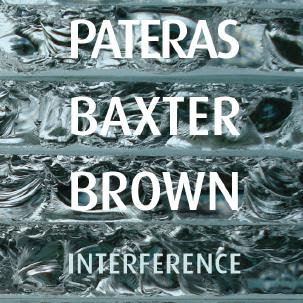 Prepared piano, prepared guitar and drums, a nice arrangement of instruments. Very...clatter-y. Almost sounds like a group of mbiras with serious spider-webbing in the resonators, muting the metallic nature of the bars with cottony strands. A little same-y over the long haul (five track, all occupying similar territory), but enjoyable enough getting there. On emd.pl Oh, and nifty packaging: 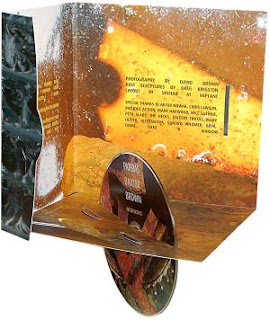 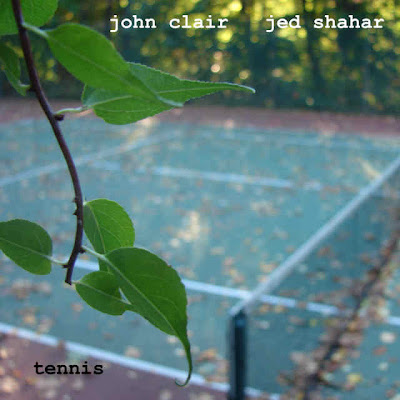 Strong set from this local duo, ranging from rough industrial dronage ("car chase") to gossamer thin tones over ambient noise and chatter ("silver leaf linden"), and family arguments ("drop and drag"). On these first three tracks, I enjoyed the sonics very much but found myself wanting to hear a bit more structural rigor (as difficult as that is to define in this area). The last track delivers it--it's again essentially a rough drone, but the depth of field and the intermittent emergences of buzzes and ratchetings outside of the general drone provide the kind of aural scaffolding I was hoping for. Excellent piece, good, solid release. fenimore 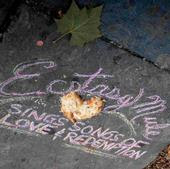 Not my cuppa, particularly, but if you're into Chadbourne-tinged, folk/blues weirdness with an urban-noise edge, Ecstasy Mule (Len37 and Casey G--Kurt?) will go down smoothly, the banjos, mandolins and drawled/moaned vocals nesting in nicely amidst the subway squalor. 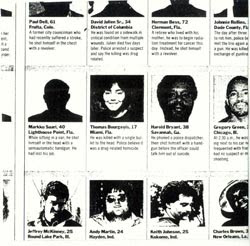 Not so dissimilar, except revolving around read newspaper clippings relating to the disc's title, that is hunting accidents, etc., spoken over guitar noise, four mixes of more or less the same piece. The noise is OK; I could do without the recitation.
Both available from SquidCo 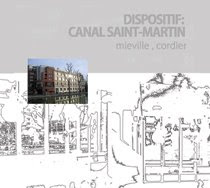 A sound portrait of the Centre d'Animation Jemmapes in Paris, created by the deployment of some 30 microphones all around the structure (concert hall, dance studios, offices, outside, etc.) then mixed live by Mieville & Cordier with some additional input from them via field recordings and computer. Wonderful stuff with an enormous range of sound (a favorite being something halfway between low brass and a very squeaky door). Great density. There are two shorter remixes, one by each musician (12&14 minutes as opposed to the 37-minute main piece) which, though fine, might be unnecessary as far as the disc as a while goes, but that's a quibble. Beautiful recording! 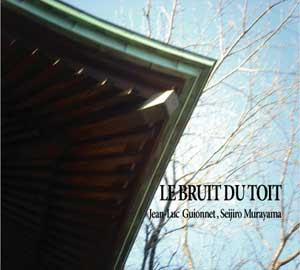 Guionnet's alto integrates better, for me, with percussion than those examples I've heard with electronics. I see Murayama was on a Fushitsusha album (self-titled, 1990, PSF, but I get those confused), so it's possible I've heard him before, but whatever, he's pretty impressive here, restrained enough, filling up the space with imagination and subtlety. This took a couple of listens to grow on me, but grow it did, especially the first of the two tracks. Xing Wu. Also available, I believe, via erst dist

Read Branden Joseph's "Beyond the Dream Syndicate: Tony Conrad and the Arts after Cage". Decent read, interesting to me for all the documentation on NYC activity from about 1958-65, how people were dealing with the post-Cage world in music (including Cardew), a tough task and, in cases like the Conrad/Young affair, sadly with careerist, possessive overtones. It did make me want to check out Conrad's early work more closely than I have, including his films (especially 'Flicker', which I've never seen). Pretty good read, a little over-academic in the constant post-modern references. 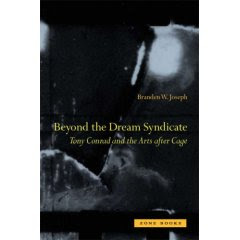 Well, these aren't really "reviews", just brief comments. The least I can do for those poor souls who insist on sending things my way, for which I'm grateful.

Conrad's films are being shown over a three day period at the Tate Modern in a couple of weeks. I haven't seen Flicker either, but its part of the programme so I guess I will now. There's also a free concert by Conrad in the turbine hall that I may or may not wander along to.

Yeah, I saw that listing earlier today when I was casting about. Potentially jealous. I guess it wouldn't do to watch it on TV? Or maybe the effects of the flicker would simply change due to the frame rate on the tube? The imdb entry mentions Conrad saying sometime last year that he or someone else was working on a digital transfer of it.