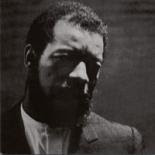 Jeez, always one of my favorite album covers and this dinky thing is the only image I can find. Apparently, the CD reissue solarized the photograph quite a bit and added (unnecessarily) some typographics, resulting in this: 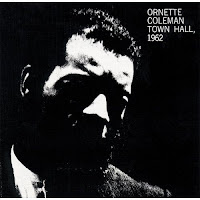 Loses all the atmospherics of the original, compromises the gravitas.

Anyway, I've been gradually playing through my Ornette vinyl. Nothing to say that hasn't been said thousands of times about most of the early recordings as well as Prime Time and later (I more or less lost interest after the "Naked Lunch" soundtrack, I've been told unfairly) so I'll concentrate on my favorite period which begins with this recording and goes up through about 1971.

re: the Town Hall Concert (1962)--I wonder what contemporary admirers from the avant classical world like La Monte Young made of Coleman's writing for strings. In the context of the time, it was pretty old-fashioned, after all, not too mention somewhat romantic. To me, it's not a very far cry from the essence of his jazz work of the time but I get the impression the latter went down more smoothly than the "classical" writing among the contemporary cognoscenti. But I'm just guessing--I don't recall ever reading any commentary from those quarters. Anyone? In any case, "Sadness", as performed here still stands out as one of Ornette's most stirring works, just beautiful. 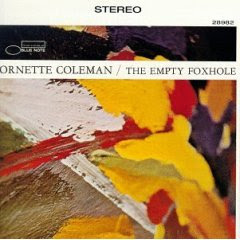 I'm in the camp that never had a problem with Denardo Coleman, at least as a prepubescent. Even more so in retrospect, it's a fine idea, something entirely in keeping with other non-professional movements of around the same time (like some portion of the Scratch Orchestra), a notion perhaps also applicable to Ornette's own early trumpet and violin work, each featured here.

(Another dinkified image) I guess this has seen the light of day on disc; I have the Lotus LP that appeared in '80. From February, 1968 in Rome (according to discographies I've see--the album says 1967) with Izenzon, Haden and Blackwell. A good, rather loose set (Lonely Woman, Monsieur le Prince, Forgotten Children, Buddah [sic] Blues)--I enjoy Ornette with two bassists and percussion, though I've always found Izenzon and Haden to be very opposite kind of musicians, mostly with regard to the former's relative "thinness" of sound and the latter's resonant girth; makes for good tension here. Fine trumpet from Ornette on "Forgotten Children" and a rare (?) example of his shenai work on the last track. Did he introduce Redman to that instrument or vice versa? 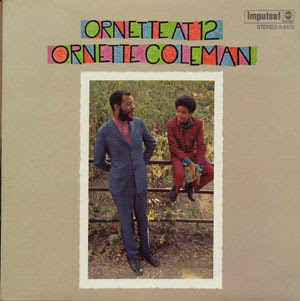 Love this recording. For me, this is the one where Ornette's music really takes the step into what was my favorite period of his, even more so that the great early work. Redman's a big part of getting to that sound, the perfect, earthy foil for Ornette's spiraling tone. Beautiful, full sound from all, including Denardo. 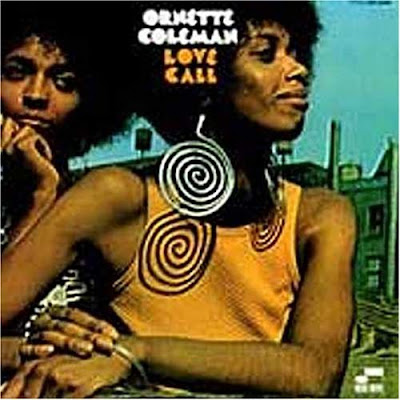 See, that's what I call an album cover. Didn't realize until just now, looking over a discography, that this (and "New York Is Now!, which I have on CD) was recorded a bit before "Ornette at 12"; I'd always thought it came afterwards. Ornette's one date with Elvin Jones and Jimmy Garrison and the Coltrane rhythm section meshes just fine. Another muscular recording with a thick, juicy sound. Redman's ferocious on "Airborne", some of his finest vocalized playing on record. Doesn't get talked about enough.

I've only delved so far into the Coleman discography like you appreciating more the early stuff. But I wanted to ask, when you said you quit at the Naked Lunch soundtrack, was it because of that one? I never listened to it as an album but I thought the music worked well in the film. Not very memorable I'll admit as I can't really recall much about it. I certainly preferred it to Shore's abominable Videodrome soundtrack :)

Funny, I guess I have to recalibrate my innate notion of Ornette's "early stuff" to include through the early 70s--I still think of it as the 50s to mid 60s....

No, I love his work on those few tracks from "Naked Lunch"; the last "great" playing I've heard from him (helped no little amount by Barre Phillips' presence). In fairness, I haven't really sat down with anything from the 90s onward, but what I've heard struck me as OK at best, coasting at worst.

I do get a little peeved at the belated kneejerk veneration of his early work (often with "Free Jazz" curiously left out) and then the Prime Time and later music. The period I find richest, say from 1967-72, generally gets short shrift.

Sadness is among Coleman's great threnodies, which is saying alot. I love that album, holding on to it during the great winnowing of my jazz collection (about 300 platters) a decade ago.

Brian - Check out "Crisis" if you haven't already. Originally on Impulse, its OOP but circulates as a vinyl rip on CDR. It's a live set from NYU, March 69, some very spirited playing. I particularly dig the take on "Song for Che." Ornette, Cherry, Dewey, Haden & Denardo.

Hey! That's next up. No spoilers!

Yeah, that's a super favorite of mine, I'll write a bit in a few days.

Caught the Made in America doc at BAM last week, what a joyously time-specific document. Wished for more footage of the Coleman/Haden/Coleman trio. I not only never had a problem with the young Denardo, I think he was (at least in those days) the only drummer with a voice that conversed with, rather than carried, Ornette's. Foxhole remains my favorite for the audacity of the tunes and the physicality of the sound. Recently read an interview with Haden where he admits to a lack of enthusiasm for the group. I've never caught a hint of it on the tapes. Will have to track down Ornette at 12.

Brian mused, "I wonder what contemporary admirers from the avant classical world like La Monte Young made of Coleman's writing for strings."

In Brandon Joseph's recent book on Tony Conrad, he mentions that Young played modal jazz figures on soprano sax over the drones in the earliest incarnations of the Theater of Eternel Music. Although Coleman isn't mentioned specifically (Coltrane is, though), there was probably more influence than is now recognized.

Yeah, I've no doubt Ornette's playing and general conception was a heavy influence, but as of '64-'65, the kind of writing he was doing for strings seems "old-fashioned" compared to what else was going on. Of course, I'm not making a qualitative judgment here--I happen to find much of it very beautiful, up through Skies of America--but I could imagine Young et al. sitting in an audience and thinking, "Why's he being so retrograde?"

Again, not that that would have been appropriate (imposing their essentially European outlook on a black American who might well have different concerns from their own)--still, I wonder if that went through their minds.