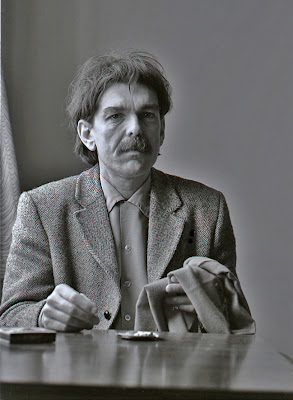 What more to say about Van Vliet?

My first CB was "Lick My Decals Off, Baby". My recollection is that Rolling Stone published four reviews of this album, one by Lester Bangs. Checking, I see that these ran in the December 10, 1970 issue. I had already become aware of Zappa's music so Beefheart's name was known to me; in fact, I guess I already had Hot Rats with his stellar turn on "Willie the Pimp". So I was intrigued.

I sauntered into Recordland, Poughkeepsie's only record store. (Some of the department stores, like Merit and Bradlee's, had record sections, but pickings there were slim) It was a good-sized store, located near the intersection of Market and Main streets in downtown Po'town, run by an old cranky geezer and his two pudgy, slick sons. They used to slice a corner of the cellophane on each LP and stamp a capital 'R' in a circle on the back, so if you returned it they'd know it was theirs. I still have a few bearing that tiny insignia. So I wandered over to the rock section and was confronted with a choice: this weird Beefheart album that I didn't know if I'd like or not and.....Mott the Hoople's second recording, 'Mad Shadows', a follow up to the Escher-covered first album which was something of a favorite of mine at the time.

I wussed out and went with the Hoople. Terrible, terrible mistake. Not only because it delayed my first taste of CB for a few weeks, but the album itself sucked royally.

Anyway, I soon rectified this error. Good thing too as Decals about ripped off the top of my head. No problems whatsoever getting into this one. I quickly went back and got Trout Mask, I think Safe as Milk too. A key moment in the Olewnick musical history, especially given the door to Ornette that Van Vliet would open for me about a year later.

I won't go into Decals or Trout Mask here; done so too often elsewhere. Just to say, they're still probably my two favorite rock albums ever and sound as great to me today as they did then. Even so, in my mid 70s mission to rid myself of all things rock, I was ruthless and the Captain didn't make the cut. His period of exile was probably the shortest of any, however, and I quickly realized the error of my ways, repurchasing a bunch on vinyl in the late 70s, I think before Shiny Beast hit the stores.

I do have this British release oddity, going under the title "Top Secret" that cobbled together a few pieces each from Safe as Milk and Mirror Man. Good stuff, circa 1967. "Kandy Korn" is particularly amazing, the swirling psychedelia of the instrumental section as strong as ever. 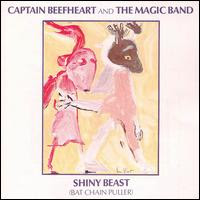 For me, "Shiny Beast (Bat Chain Puller", while signaling a welcome return in the right direction away from those miserable mid 70s albums, isn't entirely successful. I'll pause and mention here that, long ago, Linda thought she was doing me a favor when she came across a CB album she was pretty sure I didn't have and brought it home for me. It was "Unconditionally Guaranteed". I've kept it for historical reasons, but it's quite possibly the very worst album among the 3100+ I own. Anyway, I've not read all the back and forth, but from what I gather, I tend to side with those who assign a good half the credit for the greatness of CB's earlier work to the musicians in the Magic Band: Zoot Horn Rollo, Rockette Morton, Drumbo, Art Tripp etc. To my ears, those assembled for Shiny Beast just can't compete. There's still a certain slickness present on pieces like "Candle Mambo", "Harry Irene", etc. The title track's the only one that really holds together for me. A few of the others chug along nicely and I'll admit that "Floppy Boot Stomp" sounded better to me now than it probably ever had before. 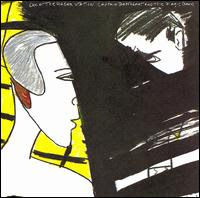 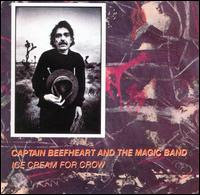 Still, I far prefer both "Doc at the Radar Station" and "Ice Cream for Crow" of the late work. I'm still not entirely sold on the personnel (a few of these guys--Feldman, Martinez, Fowler, at least--went on to have careers scoring Hollywood films, something I doubt Harkleroad ever had a chance or desire to do) but by this time they've gelled nicely and can rock out in jerky Beefheartian fashion to a good degree. "Dirty Blue Gene" is the one piece from the last three albums that, for my bucks, can stand with anything on TMR or LMDOB; perhaps not surprisingly, it's a piece Van Vliet wrote and played in the 60s.

There's also, of course, a wonderful, deep bitterness in Doc and Ice Cream, a real harrowing aura through many of the songs. "Telephone", from "Doc", is a marvelously malign take on the instrument, a venomous spew directed at that "plastic-horned devil". "Skeleton Makes Good", which closes his last album, is as harsh and horrific as anything he'd ever done.

About ten or so years ago, I saw an exhibition of Van Vliet's paintings at the Knoedler Gallery. I was surprised how impressive they were in a brute, animist way. 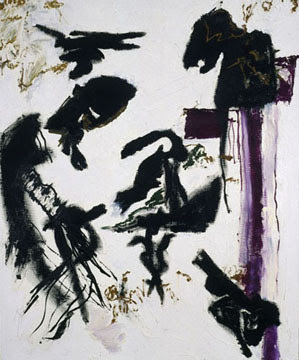 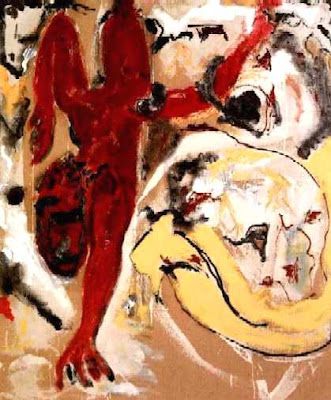 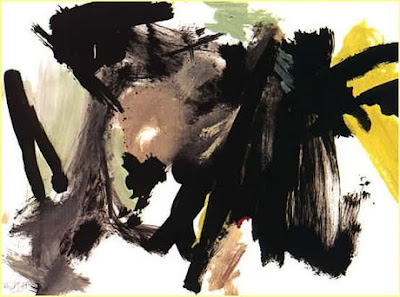 you should definitely check the full versions of those pre-Trout Mask records (Safe As Milk, Mirror Man, Strictly Personal), if you haven't. there's also a version of the original, never officially released and later reworked Bat Chain Puller disc, I can lend you any and all of these if you want.

Yeah, I have most of that on disc in one form or another, including the Shiny Beast variations. I'm not a completist in that regard but I snatch up things here and there when stumbled across; they're usually worth it.

And I recommend the box set : "Grow Fins Rarities" on Revenant.

thanks for your message on fcbk

Nosey people want to know what fcbk is :)

Unless I missed something, you didn't mention The Spotlight Kid and Clear Spot. I think these two, while obviously not in the league of Trout or Decals [or even Doc or Crow, I think], they still provide me with their own kind of enjoyment, especially Clear Spot. It's admittedly more slick, but I think it's pretty damn cool for what it is. How do you all feel about them? The unofficial Bat Chain, is that the one on which the second song actually has some Fender-Rhodes stuff on it? I remember that being cool when I heard it years ago.

"Nosey people want to know what fcbk is "

Matt, I thought I talked about those two a few months back but maybe not. I've brought a couple of those tracks to Record Club in recent months, "Nowadays a Woman's Gotta Hit a Man" and "There Ain't No Santa Claus on the Evening Stage". imho, they're great records if a cut or two below my CB favorites. I'd probably prefer them overall to the last two, in fact.

Sometimes I think the slickness factor revolves around Fowler's trombone, in instrument that, to my ears, doesn't fit as well into CB's music as well as soprano sax and bass clarinet. There was also, undoubtedly, more a sense of professionalism in the late groups; this may have helped in a rock sense but not necessarily in a Beeefheartian one.

I'll give you credit for owning up to having bought Mad Shadows. MTH even made a joking reference to it in the fade-out of a cut on a later lp.

Clear Spot was my intro to the Captain (that other one) and I liked it but I understand your not including it.

Non, No, I do like "Clear Spot". Probably more today even than I did in the past. btw, it was originally issued in a sleeve with a clear vinyl cover (white backing) and no inner sleeve. iirc, CB wanted it issued, naturally enough, on clear vinyl as well but the record company balked.

hej,
apologies for off topic, can I have your email Brian,
here is Robert Piotrowicz from Musica Genera
www.musicagenera.net, please write us on:
info@musicagenera.net
thanks