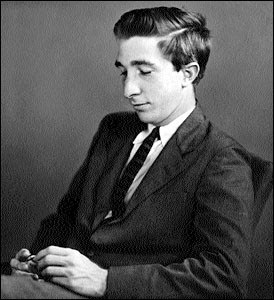 Over the weekend, I finished "Rabbit at Rest", the fourth volume of Updike's amazing series, charting the life of Harry "Rabbit" Angstrom from about 1960 to 1990. I mentioned this over on Jazz Corner and, as had occurred in the past, received a variety of opinions about Updike, by and large negative. I'm curious about this.

I'd always brushed Updike aside and had little interest in reading him for a long, long time. I associated him with a certain New Yorker magazine kind of writer--white, WASP-y, novels concerned with wealthy Westchester-ites, in whom I had no interest. There were a few writers who fell in to this category--Bellow, Cheever (who I still haven't gotten back to, having only read a short story collection back in the 70s). Maybe it was seeing his books on the shelves of parents of friends (not sure if we had any ourselves) figuring, if they like him, how good could he be?

Somewhere in the early or mid-90s, for reasons that escape me, I picked up his novel, "S."--and enjoyed it greatly. I then read both "In the Beauty of the Lilies" and "Toward the End of Time" and loved them, marveling in both the language and the perspicacity of his observations. Much of it is simple affinity--his characters notice and consider many of the same things I do. The latter novel is one of the finest, most subtle works of speculative fiction I know. Incidentally, I wasn't able to get much into "The Centaur" at all and had a good deal of difficulty with the more recent "Seek My Face" as well, while I've generally enjoyed his non-fiction essays, especially those involving art criticism.

So a couple years back, I began the Rabbit series ("Rabbit, Run", "Rabbit Redux", "Rabbit is Rich" and "Rabbit at Rest". For my money, it ranks with Richard Yates' "Revolutionary Road" as the most trenchant, honest and real example of contemporary American fiction concerned with middle class life in the period. Rabbit seems to be someone Updike could have been, had he been athletic, more stolid, more fundamentally conservative. He's an absolutely fascinating character to have created, in his complex combination of antipathetic characteristics and a surprisingly keen and penetrating mind. He's baffled by much of the change that occurs over the three decades, a large part of him wanting things to remain as they were during his "glory years" as a star local basketball player, he's utterly selfish though he doesn't think he is, he's fascinated by people and how they run their lives and he observes thousands of small things that etch the middle class American landscape with more brutal honesty, good and bad, than I've ever encountered elsewhere.

Yet he seems to be held in low regard by at least a good number of people whose tastes in literature I generally admire. Someone used the phrase, "a phallus with a thesaurus" which I don't get on either account. His use of language, while imho very beautiful, is hardly a matter of fancy words; pretty much the opposite. (Maybe I've not read the ones to which that observation pertains?). And while there are a number of scenes throughout Rabbit that are quite sexually explicit (more so for the eras in which the first two were published), it's all bound up with Rabbit's character which, as mentioned, was a local athletic star who reaped the side benefits of same and spent a good portion of his life thinking that state of affairs should somehow always be maintained (and who, indeed, found a few partners who felt the same way, one of the aspects that lends a tawdry, tragic atmosphere to the books).

My guess is that a large part of the negative reaction toward him (unless it's based on novels, like the Bech series, I haven't read) lies in his unflinching rendition of the banality and smallness of the existence of a character like Rabbit, someone whose way of thinking is uncomfortably close to those of us who grew up in similar surroundings, that is white and middle class in the US (though Rabbit is about 20 years older than myself). It's extremely unhip and, indeed, "hipness" is viewed by Rabbit with extreme suspicion, a foreign kind of virus that upsets what he thinks should be the normal course of things, though he'll appropriate aspects of it if it suits his purposes. He's too much like our parents, perhaps, something we'd rather not examine this closely.

Oh well, just riffing while at work here. I'm sure I'm leaving out tons of analysis that could be, and I assume has been, done. When I finished "Rabbit at Rest" yesterday, it was with great sadness, not merely for coming to the end of the books, but for Rabbit who, for all his obtuseness, insensitivity and stubborn oafishness, was one incredible, complicated individual.
Posted by Brian Olewnick at 2/25/2008 09:00:00 AM

Thanks for the tip. I guess I'll have to add him to the gigantic pile. Currently in the middle of Despair by Nabokov, which is part of larger attempt to sequentially/alternately attack the oeuvres of Nabokov and Martin Amis.

I would just point out that Bellow should not really be grouped with Updike in terms of subject matter. Bellow's world is hardly that of the Wasp-y, New Englander. Bellow's world was that of the immigrant and assimilated Jew, the Chicago intellectual, the streetwise Augie March. Updike's "Bech" is Updike's attempt to somehow come to terms and maybe have a little fun with Bellow and Roth (with whom Bellow is more natually grouped) and the milieu of the Jewish novelist. Funny how manyof these writers, certainly Bellow, and apparently now Updike, have fallen off in favor--although Roth seems to get stronger. So much fine writing in all of them.

Well, I liked the Rabbit novels I've read. I find him interesting for precisely the reasons you state, Brian. He's ordinary yet complicated; dull and self-centered yet interesting and inquisitive. In that sense, reading about his life is kind of like reading about the life of anyone.

Matt, Nabokov is probably my favorite all around novelist (and penner of letters to his editors, for that matter) and Lolita likely my favorite 20th century American (I use the term advisedly) novel. Curious what he and Updike thought of one another; I think I remember coming across some references but can't recall at the moment. Anyway, I have been thinking about re-reading Ada or Ardor recently.

Tony, You're certainly correct about Bellow; I simply grew up with them lumped together. I've been advised to read recent Roth but, having been unable to get through some early novels of his a couple years ago (Our Gang, The Great American Novel, My Life as a Man), I've been shying away.

David, "anyone", I'm not sure. I think of a certain general type of Northeastern, Christian male. An Alabaman Rabbit would be a very different character, I think. But given that, yes, he encapsulates they type beautifully and complicatedly.

yes, Nab's amazing. as part of my recent trek through his early works I've taken in The Defense, The Eye, Laughter in the Dark, and Glory, and I've enjoyed all of them. Looking forward to Ada.

Matt, make sure you stop Martin Amis before you get to Yellow Dog, remarkable how bad that one is. some very good ones earlier on, though...

yeah, I've seen much vitriol spewed against Yellow Dog in various places. I'd by lying if I said that such a thing didn't pique my curiosity just a tad, though. ;) It's a ways off at any rate, I've only read the first 3, up through and including Success - Other People is next.

To each his own, but Martin Amis is one contemporary I really can't get into. I know his rep is that of the enfant t'errible, the outrageous cynic, etc, but too often he just seems vile; not very funny either. I think the outrageousness masks a fundamental lack of novelistic talent. Anthony Burgess did it much better in the Enderby novels, and his Malaysian novels are worth checking out as well. As for Roth, check out "Portnoy's Complaint"-- yup, pretty vile as well but funny as hell. Personally, I've always liked, admired Bellow and recommend, "Seize the Day," "Augie March," "Herzog" and his last novel, "Ravelstein."

I read Portnoy in HS like everyone else (1970 or so?) and got the obvious kick out of it but I'm sure missed a bunch in lieu of the semen spurts. Maybe about time to give it another go.

Could not get into Ravelstein at all, whereas Herzog is a huge favorite.