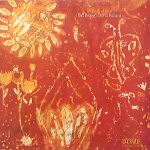 On a good little roll here in the vinyl arcade. I'm trying to think, but I'm not sure I've ever seen Karl Berger in performance. Certainly not as a leader and I can't recall as a member. Surprising as I'd really liked almost everything I'd heard of his, from his great piano and vibes work on Cherry's "Eternal Rhythm" to this wonderful, sprightly duo with Dave Holland, "All Kinds of Time" on the excellent Sackville label, from 1976. I guess this has been made available on disc in recent years--well worth checking out. Not at all sure what he's been up to lately--the last recording listed at AMG is from '96. The first concert of this type of music I ever attended was in Woodstock at his studio in early '76, the performance of Braxton and Teitelbaum that ended up being issued as "Time Zones". I'm thinking Berger might have opened the evening, but I'm not sure.

And Holland. I was thinking about his early career this morning--guy goes from playing with some of the most adventurous musicians in England in the mid 60s (Bailey, Surman, Oxley etc.) to becoming a member of some of Miles' great funk bands, to a regular partner of Braxton, makes the great jazz album on ECM, "Conference of the Birds", in addition to records like this and the duos with Sam Rivers, then....well, for my bucks sorta peters out. I know people love his own groups from the mid 80s to the present day and I was there for a while but at their best, it's extreme competence trumping deep beauty. He wins Grammys now. I know he had health issues (I went to a benefit for him around '81 or so when, iirc, he had serious heart problems) and maybe that's a good part of it. In any case, he's in great form here, such a round, on the money musical tone.

Are all the Sackville's around now on disc? Don't think so...a fantastic label at the time.

[edit: all good things must come to an end. After the fine album above, I put on Tim Berne's "Fulton Street Maul". Mid to late 80s, I was searching pretty hard for jazz stuff to keep my interest and Berne fit the bill for a while. This one and "Sanctified Dreams" were way up there at the time. I have to say, FSM is tough to listen to now. Made it through a side, but that'll be it. Don't know exactly why except that there's a sense of trying way, way too hard. And Alex Cline's drumming is seriously aggravating.] 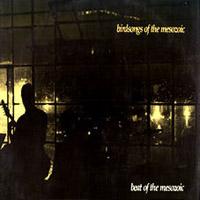 Berger has a pretty cool recent duo album with John Lindberg on Between the Lines. There's also http://www.karlberger.com/

The majority of the Sackville LPs were released a few years back on CD in limited editions; as far as I know most of them remain in print & available from Cadence. I only have the Braxton Trio/Duet album on CD.

Ah, I just remembered where I saw Berger play! When we went to Europe (my first time) in 1983, we spent a few days in Amsterdam. The one night we had to go out to the Bimhuis, a mandatory stop, Berger happened to be performing. Can't quite remember the context; might've been solo, I think more piano than vibes.

Nate, I've almost picked up the Braxton one just to have a cleaner copy of the trio performance than my vinyl--one of my favorite things by AB. Did the two Dollar Brand things come out as well? Pre-Abdullah Ibrahim, "Sangoma" and "African Portraits" are two of his best, imho.