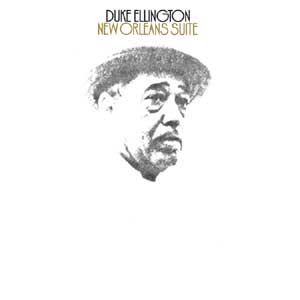 I may have mentioned before that my Dad was (and is) a jazz fan. However, like many of his generation (in his case, born in 1923), he cut his teeth on swing bands and never really made the transition to bop, much less anything beyond. He was born in Greenpoint, Brooklyn and spent much of his teen years trying to gain unpaid entry into both the old Madison Square Garden (to see his beloved Rangers--he owns an autographed team photo from 1939, the last year they won the Stanley Cup until, when, 1994?) and the various jazz clubs clustered in the Times Square area. Unlike, I imagine, many of his contemporaries, he was equally enamored of both black and white bands and has told stories of seeing Jimmy Lunceford, Ellington, Chick Webb etc. in addition to the more popular Glenn Millers, Dorseys, Goodmans and so on.

But the rise of bop didn't appeal much to him, probably for similar reasons as it didn't appeal to much of the swing crowd: the un-dance-ability, the excessive complicatedness, perhaps the "art" aura. So he retained his swing music passion and, to be sure, ventured into other, less rewarding realms as well--lotsa Rafael Mendez in his collection. Classic Broadway fare was also around and I do have very fond memories of absorbing West Side Story when I was around 10. Officer Krupke!

He had probably about 300-400 LPs at home (also a bunch of 78s) which, when I began to listen to jazz at around 17-18, I necessarily perused. Most of the items held no interest for me then, indeed striking me as pretty fuddy-duddy. But for some reason, he had acquired some recordings that fell outside of his normal ambit. Miles' "Sketches of Spain" was one (he disliked it). Monk's sublime "Monk's Dream", still one of my favorite jazz albums, was another. Then there was Ellington's "New Orleans Suite".

I know that Ellington's late, larger-scale work isn't held in exalted opinion by many, but I don't agree. This one dates from early 1970 (it was Johnny Hodges' last recording) and true, one can hear glimmers of overly smooth production and perhaps the slightest nod toward pop (although, given its "subject matter", a certain steadier rhythm might be expected) but the hell with that, this record contains almost nothing but one gorgeous piece after another, with some achingly beautiful individual contributions. Will Bill Davis' organ on the opener, Harold Ashby's incredibly lush and deep tenor on "Thanks for the Beautiful Land on the Delta" (one of my all-time favorite examples of the instrument), Russell Procope getting a relatively rare solo opportunity and the extraordinary and heartfelt performance of flutist Norris Turney on the concluding "Portrait of Mahalia Jackson". And the compositions themselves--great melodies, great riffs, great orchestration. An absolute joy, do yourselves a favor and check it out. 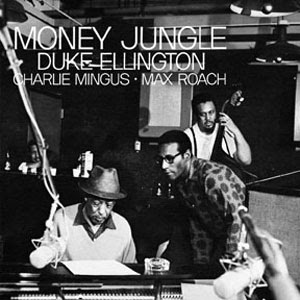 As with many "older" musicians whose music I could readily hear on the radio, I didn't buy many Ellington records at all (I've since filled out my Ellingtonia slightly with CDs). In fact, this was my sole exception, for obvious reasons. Quite a contrast to "New Orleans Suite", stripped down and raw, with two of the greatest musicians to learn from Duke then move off in other directions. Just amazing piano work hear--vibrant and unadorned. You can hear most of Abdullah Ibrahim's and Randy Weston's career in this music. (another great example of his keyboard work, btw, is the duo with Ray Brown on Pablo) He really dominates here, whether out of deference by the others or the force of his own personality, who knows? The version of "Caravan" is stellar and "Fleurette Africaine"...well, it's hard to think of a more beautiful melody, more delicately and even sadly played.

An excellent and thoughtful post by Richard Pinnell on the state of new music can be read here
Posted by Brian Olewnick at 1/02/2009 08:10:00 AM

Great to see New Orleans Suite at the top of the column. Ellington's corpus is so massive, and I'm still so infatuated with the Fargo recordings, that I only sought NOS out after Ab Baars featured a couple characters (Jean Lafitte & Wellman Braud) on his sparky, spunky tribute record a from a few years ago. I actually think the production is terrific on this, the grain doesn't get lost in the gloss. Joyous.