A long while ago, maybe two or three years, I received an e-mail from one Lars Gotrich would had, as I recall, seen some mention I'd made about having attended a WSQ/Max Roach (with M'Boom) concert--I think the only such event--at St. John the Divine Cathedral in the early 80s and bemoaning the lack of a recording therefrom. We said that he in fact owned one such and graciously offered to send me a copy. That was the last I heard and, naturally, I soon forgot all about it.

Then a couple weeks back a package appears bearing two discs worth of music from the event courtesy Mr. Gotrich! Sounds very good and I'm a bit surprised how much I specifically remember, especially those piece from Roach's M'Boom ensemble. So, thanks, Lars!

He also runs a small CDR label and kindly sent along three recent releases, at least one of which might be of interest to regular readers here. 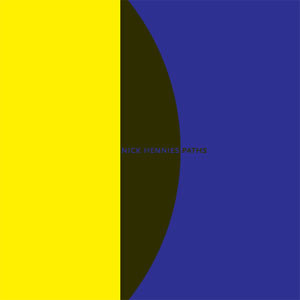 I'm unfamiliar with Hennies' prior work (percussionist with Weird Weeds and Jandek), but here we have a solo no-input mixer performance. Thought Toshi had cornered the field! It's brief, about 24 minutes, but very well structured and considered, keeping to a subdued volume range but allowing things to fluctuate-and-hold in a very natural series of patterns, balancing between changes in timbre and (slow) pulse. Kind of unusually for this area of recording, I can easily imagine myself hearing this live--there's a clearly apparent sense of volume here despite the quietude. Fine work, well worth checking out. 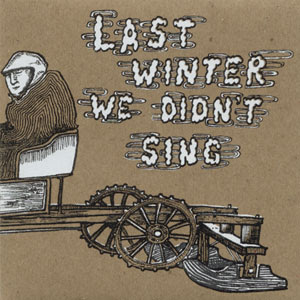 A compilation revolving around winter, fairly song-oriented, with at least a couple of people readers here will recognize: Greg Davis and Susan Alcorn. The tone is pretty consistent throughout: wistfully melodic, but the approaches vary nicely. A rich acoustic guitar piece by Scott Tuma leads into a very attractive, melancholy song by The Instruments (about whom I can't find much aside from their myspace page--excellent sound with e-piano, percussion, guitar, cello.voice, french horn)--beautiful song, worth picking up the disc for by itself. Davis' piece begins with a rich electronic assault before, very weirdly, segueing into "Silent Night". Yes, that "Silent Night"; very unsilent. Fabio Orsi's "Dead Leaves" is rather Eno-ambient in nature, but well done in that sphere followed by a lengthy and thoughtful pedal steel improvisation by Alcorn, maybe midway between Frisell and Connors. Other pieces by Chartreuse, Beggin' Your Pardon Miss Joan, and Nicholas Szczepanik. 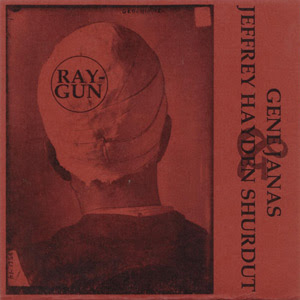 Gene Janas/Jeffrey Hayden Shurdut - Ray-Gun (Thor's Rubber Hammer)
Nine tracks on a 3" disc, with Janas (bass, vocals) and Shurdut (Alto, trumpet, piano) screeching, gurgling and generally carrying on in post-free, skronk fashion, not a favorite avenue of mine. The vocalizations can be embarrassing ("Here comes de judge!"), as though going for something like the AEC's "The Spiritual" and falling way short. Take everything I don't like about Viz Fest (both have played with folk like Daniel Carter, Marshall Allen, etc.), and it's pretty much encapsulated here. For others, of course, this may be exactly what excites them.

Everything I've heard from THR is aces. CDr's are only part of the output. Lars puts out vinyl too.

er, TRH. But you know that.

I'd heard her before but only in scattered places or buried in an ensemble. This is certainly the clearest picture I've had of her work. Not that it's a fair comparison, but I'll say that I enjoy her more than Frisell, less than Connors. It's an interesting problem when musicians in this general field begin making relatively straightforward allusions to prior forms. To my ears, this is most successful when they really plunge into it, both feet. If this is a representative example, I don't think she goes quite as deep as Connors in that regard. But I do like it.

you should check her lp on Olde English Spelling Bee ("And I Await the Ressurection of the pedal steel guitar").

a lot of strumming in it, i'll admit it, and typically dynamic structures; but the first side of the disc (an hommage to Messiaen btw) is pretty breathtaking, ringing life from every side of the pedal steel

Yeah, I realized that later. I need to get to a lot of the Malfatti things from the last couple of years.

"I need to get to a lot of the Malfatti things from the last couple of years."

if only the US distributor of those lived in easy walking distance for you... :)