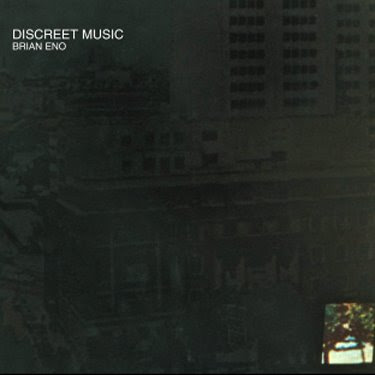 Listening to the title track for the first time in a long while, I was struck how quasi-similar it is in structure to Terry Riley's "In C". Here, Eno creates a few very simple elements, sets of one, two or four notes and allows them to intermingle at intervals that are sometimes regular for a few iterations, more often irregular, the tonal values such that it doesn't matter much when they appear or how they overlap--it always sounds "good". He varies the timbre slightly over the course of the piece, but that's about it. Listening to it on old vinyl, one has the added enjoyment of multitudinous crackles, providing a fine, scratchy scrim over the smooth proceedings; helps the piece a lot, imho. His suggestion of playing the record at very low volume, enough that it occasionally falls out of the range of hearing, impressed me very much back then (and I followed those instructions sometimes) and stuck with me as a unique (in my experience at the time) and beautiful approach.

Once again, we have the case of names appearing on the back of the album who I wouldn't become familiar with for 10-15 years (this was recorded in 1975, I believe released the following year): La Monte Young, Henry Flynt, the Scratch Orchestra, George Brecht. Annoying, that. 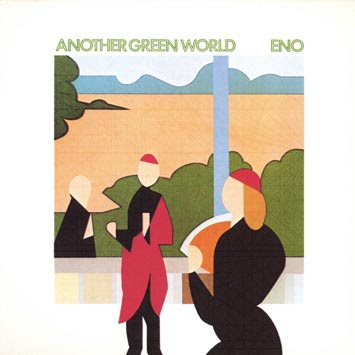 It troubles me no end to have a record that numbers Phil Collins among the personnel occupying a space in my collection, but I've learned to live with it. Always been half and half on this one. On the one hand, Eno has sidled a bit closer to a fusiony kind of sound here (there's even a track titled "Zawinul Lava") and that contributes a certain coldness to many of the tracks. Then again, there are some seriously great little riffs here, ones that adhere to the neurons with extreme tenacity. Can't tell you how often "Sky Saw" and "Sombre Reptiles" have been hummed over the years. Always liked the back cover photo, too: 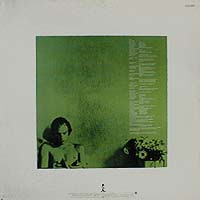 Just finished Graham Greene's "The Quiet American". It's no doubt been cited thousands of times before, but one can't help be struck by its prescience, not just for Viet Nam, but for the general US attitude in overseas murderous escapades, right up to today, that naive "innocence" and self-regard that inevitably results in people being killed. Great book.
Posted by Brian Olewnick at 1/22/2009 05:36:00 PM

Happily, I had to google that to know what you were referring to. Unhappily, I now know.

do not feel to bad about phil collins..
in the end he is a great drummer...Eno worked with him on "the lamb lies down on broadway" and was into him enough to ask him to play on "another green world " & "before and after science"...he also played with john cale around the same time...think it was the "helen of troy" album...love your blog...read a lot of greene but never his quiet american..going to pick it up...saw the movie with brando when i was a kid..but always wondered about the novel...best peter