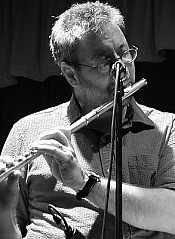 Always a little surprised how well this one stands the test of time. His playing and composing on this, his debut as a leader from 1984, owes an enormous debt to Threadgill (with nods to his teacher Hemphill and Blythe as well), but the relative sparseness of the trio (Anthony Cox and Pheeroan Ak Laff) and Ehrlich's happy reluctance to overblow, serve the music well. I don't think I ever caught him leading his own groups but saw him countless times with others, especially Muhal's bands, where he tended to be a strong presence. I think the last time I heard him live was as a part of Eric Friedlander's trio, down in a bookstore on Church St. (?), maybe a dozen years back, of which I have vague but fond memories. (As with many Sound Aspects LPs, no cover image around that I could rustle up). 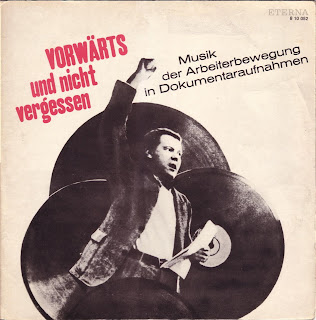 Previously mentioned. A collection of German socialist songs from 1929-1932, including several by Hanns Eisler. When I hear songs sung by groups of people in uniform (going from the photos on the backs sleeve) I get the creeps regardless of whether they're from the right or left, nationalist or classist. So I find these choral/orchestral works tough going, not dissimilar to my reaction to most PLM songs from 40-odd years later. There's the benefit of my not really understanding German, I guess, but the mere fact that it is German (forgive my years of conditioning via WWII movies) adds an extra frisson of creepitude. I think I picked this up in a used vinyl bin somewhere, probably intrigued by its unusualness. Worth having for documentary reasons, not so much for pleasure. 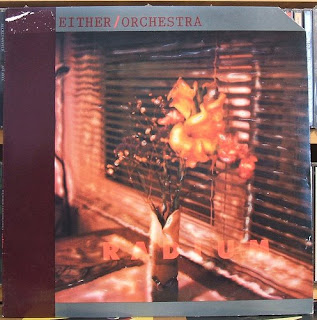 What is it that when an avant-garde outfit (or an ostensible one) does a cover of a pop tune, it whets our interest? I can't deny that it's true (for me), though I hope less so as time goes on. That's doubtless one of the reasons many of us found Zorn so enticing back when. It certainly was the case, in '88 or so, when I heard about Either/Orchestra. Here was a largish jazz band, perhaps an American Kollektief of sorts, putting out a debut record where they not only make the potentially inspired choice of covering Roscoe Mitchell's "Odwalla" (spelled Odwallah here) but also come up with the patently nutso idea of doing a medley combining Monk's "Nutty" with Bobbie Gentry's "Ode to Billy Jo". I mean, the LP practically leapt into my little grubbies.

I was a fan for a while, three or for records (the remainder on disc) but, as with many things from that period, gradually lost interest. They always had a lumbering, shambling quality about them and eventually that slightly leaden nature wore me down. Even here, once you get past the novelty of the covers, there's not so much left of interest. Decent band, good instrumentalists but not much else. Leader Gershon, impressively and obsessively arranges the Mitchell piece basing it scrupulously on the Bap-Tizum version of the work and it's kinda fun hearing the riffs arranged for a larger ensemble, but...Even a lovely tune like "Willow Weep for Me" sounds too much like it's slogging through muddy ground.

Finished Alex Ross' "The Rest is Noise" the other day. Decent, very decent recap of the 20th century from a Euro/US classical point of view with nods (often not much more than that) to other cultures and idioms. I'm fairly sure I don't share too much taste overlap with more current work--Ross seems to love recent Reich and Adams, for instance--but the book reignited a resolution I've had off and on to acquaint or reacquaint myself more thoroughly with much "classical" music from the last century, so it had its value for me. Certainly worth the read and a good thing to offer for friends and/or young 'uns who want to get generally up to snuff.
Posted by Brian Olewnick at 12/28/2008 10:43:00 AM