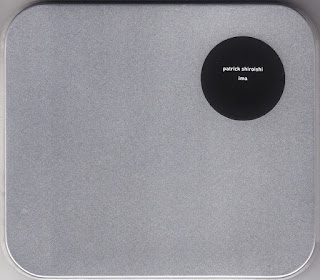 Shiroishi's 2014 recording on Confront, 'White Sun Sutra' was pretty interesting, showing a range of approaches to his saxophones among other things. 'Ima' picks up from there and then some. 'Lunar Bloom', the first of two tracks, has as its main stem what sounds like a taped voice, deep and very distorted, writhing through the piece, augmented by percussive sounds that carry, for me, a ritual aspect of some sort, and Shiroishi's alto which here has a vocal feeling to it and which, in fact, changes to pure voice toward the piece's end. It's dark enough to seemingly make the adjective 'meditative' inappropriate, but that's the overriding sensation I derive. A strong work. 'To Bathe in the Dreams of Fireflies' opens in an area that belies its title, a fairly disturbing, roiling kind of rumble, like a large reptile whipping around in some subterranean pool. Gradually, wisps of alto and light percussion ('spoons' are listed on the instrumentation--this could be it), provide small glimmers of illumination. You're then thrown entirely off balance by taped orchestral and choral music that sounds Chinese in origin to these ears, like some group spirit that's suddenly coalesced in the gloom. There's a very cinematic cast to everything, sonic images emerging an disappearing from the throbbing and growling, the chorus and orchestra returning, the alto gaining some strength. The whole piece begins to accumulate mass and surge ahead, debris collecting on all sides, before finally expiring with a handful of wheezes. Very impressive and unique, recommended. 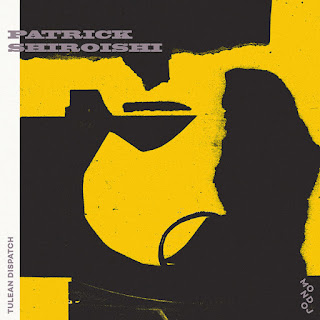 This cassette is quite different. Referencing the Tule Lake internment camp, where his grandparents were imprisoned, it contains a very personal set of pieces. "Herni" opens as a rapid-fire alto exercise in Parker-esque (Evan) cascades including some circular breathing but settles into a ballad-like sequence in the sax's lower range, not unlike some of Braxton's songlike solo pieces. Toward the end, I believe the horn is played into a piano--very nice (in fact, I think each track at least ends in this fashion, maybe more often than that). "The Screams of a Father's Tears" wells up in full-throated roars and harsh stutters, a raging juggernaut, very strong of its type. It simmers down only slightly before returning even more stridently than before. "Form and Void", on baritone, recalls in its first few minutes Roscoe Mitchell's "Eeltwo" a bit in character and deep mournfulness. The dirge-like melodic material is repeated over and over, gaining passion and pathos on each iteration. The note sequence grows quicker, looping and swirling. Shiroishi's tone is full, rich and fluid; it's a joy to hear him plumb these depths, even as the anguish threatens to swallow the listener whole. The brief, "The Flowers And Candles Are Here To Protect Us" closes the tape, a lovely ballad that almost touches on "You Go to My Head", heartfelt and intensely moving. As I said, quite different from "Ima" but every bit as strong and well worth hearing.