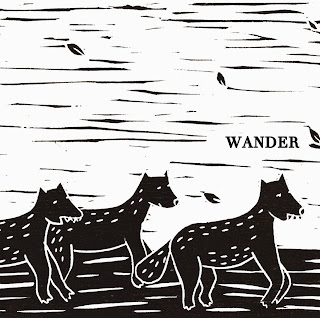 Wander - Wander (Nothing Out There)

Wander is the acoustic guitar duo of Vincenzo De Luce and Matteo Tranchesi, here presenting six tranquil, hazy songs grouped in a single track. I get the sense that the pieces have been at least roughed out, not entirely improvised but I could be wrong. There's such an air of languidness about them, a very attractive one, imparting the sensation of lazy, hot afternoons. As in De Luce's prior work that I've heard, you can pick up the influence of Fahey, sure, but here I get more of a Robbie Basho vibe, minus the Indian references. The attack sharpens now and then (portions of "dust and weins", for instance) and occasional regular pulses enter but there's an overall similarity of approach that, depending on one's tastes might be too much gentle lolling or, considering how lovingly it's played here, not enough. I found it an eminently enjoyable listen if not such a demanding one, though I doubt that was their purpose. 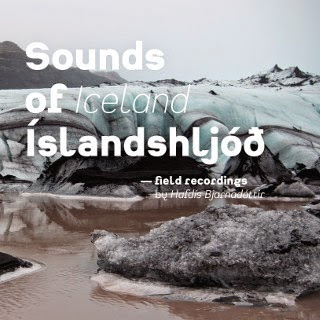 More a documentary project than an "art" affair, I suppose, and an extremely handsomely produced one, both visually and sonically. Each of the seven tracks, save one (which is less than two minutes long) is comprised of three or four sections recorded at different locations; we move smoothly from one to another. This could occasion a slide-show quality but the choices made by Bjarnadóttir impart a subtle sense of connectivity, so that the side by side aspect feels "right" somehow. We travel from the delicate bubbling of hot springs to soft cave drippings, from waterfalls to bird-intensive cliff sides, from windswept plateaus to geysers. Impossible to say much more about it than that. If you're into lovingly assembled recordings from exotic (to most) places in the natural world , tis one is right up your alley. Really fine job.