When I first saw the name of Seth Cooke's new CD-r imprint, Every Contact Leaves a Trace, I thought it carried a certain Prévostian tone but researching a bit, found it attributed to one Edmond Locard, "the Sherlock Holmes of France". It's also a mystery novel by one Elanor Dymott. Whatever the derivation, it's a fine name for a label and the first batch of four releases covers a wide, gnarly range. The packaging is unique and quite lovely, albeit throwing up (enjoyable) obstacles insofar as actually getting one's mitts on the enclosed disc. Each is encased in two pieces of soft, gray cardboard (held in place by a binder clip) which carries a design impression, colored or not, abstract or figurative. Releasing the innards, there's a folded envelope of sorts, printed with some manner of artwork, visual or text. Within that dwells the disc, accompanied by a clear, thin plastic "card" bearing pertinent information about the recording therein and a piece of CD-sized hard paper with an image on one side. It's this last image that's reproduced below simply because that's what's available on the site and because my scan of the exterior package would doubtless screw up the textural aspects of same. 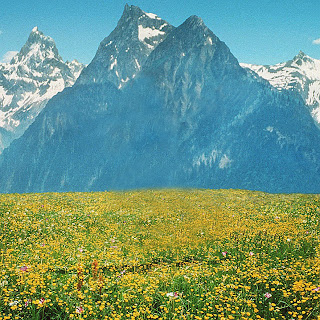 A new name to me. I take the subtitle of the 31-minute work at face value: The Sound of Music (20th Century Fox, 1965), speech and songs redacted. It's interesting how knowing this information (or, at least, thinking one knows it) alters one's perception of the sounds. The first time I listened, I hadn't paid the subtitle any mind, simply listened blindfolded, as it were. My loose impression was of a collage like set of noise, not obviously related to one another, a good deal of space "around the sounds"--that sort of thing. It was midway through my second listen (having lost the little plastic card containing what info there was during a rapid back and forth on facebook regarding the Dylan Super Bowl commercial, dammit) and was casting about on-line to see what I could ferret out when the realization hit as to what was going on. An entirely new shape developed in my mind and the inherent fascination of the piece increased several fold. I know there are listeners who don't find this reaction appropriate, who don't think that knowledge about a work, apart from what you can hear, should "count". Well, I disagree.

So elements that formerly might have sounded more or less prosaic, for instance the opening wind and bird sounds, quickly followed by heavy church bells and rushing feet, acquire an odd kind of character, slices of activity where the normal plot action has been scooped out, leaving the empty shells which in turn acquire a level of fascination they were previously denied. The whistle-accompanied march steps go from annoying to rather sad while the precisely repeated thunderclaps, presumably somewhat more separated in the film, are as wryly amusing as the later waves of applause are eerie. 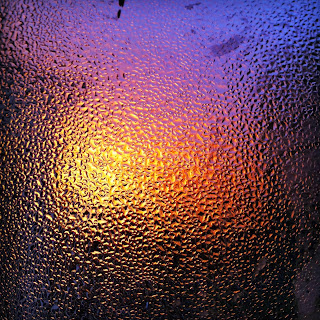 A shared disc, one piece each by Lash and Montgomery.

Lash's work is a strange construction, kind of awkward and compelling at once. It begins with a fairly thick blanket of interior chatter into which soon enters what sounds to me like a male chorus performing some pre-Baroque (British?) composition. This lasts for two minutes when the music abruptly shifts to solo acoustic bass (all bowed), though one can hear vague room sounds. It's a complex performance, not always so easy on these ears (not a bad thing, of course), Lash making cloudy, grainy allusions to, perhaps, Irish string traditions (at least, I seem to hear as much, especially at about the five minute mark), but also veering well to the left of that. Most of the music is in the mid-range, with a few plumbings of the bass' depth and the sound is constant, at a strong enough volume; no Wandelweiseriana here. Sometimes, I get a sense of lost focus, other times of an incisive zooming in on things. Like I said, complicated. Then, after some 19 minutes plus, we hear, more or less, an empty room during which sound cuts out completely, for a split second, a few times. Perhaps it's the same room as before, after everyone's gone home; you can just about make out sounds of kitchen clean up in the distance as a electronic hum waxes and then ceases in a flash. A bookend of sorts.

"Thames Water Live" also has a structure, though less apparent. To some degree, maybe entirely, the first section is made up of water sounds, though greatly processed (I think. I'm often at a loss as to the source of sounds like this). As in the Lash work, there's a break at about two minutes, then a rush of multilayered burbles and gurgles. Scenes come and go, here overtly aqueous, there less so, all of the time a joy to the ears. Montgomery has a fine way of coaxing endlessly rich and fascinating activity from his sources. There's a cessation of one stream about 14 minutes in and, when things resume, we're in a very different space, harshly whistling and rumbling, still with the presence of heavy water beneath. Hollow taps and strong static-like elements begin to predominate, though again the sound filed is spacious. Static to raindrops, back again, somehow morphing into bass growls--confusing and beautiful. 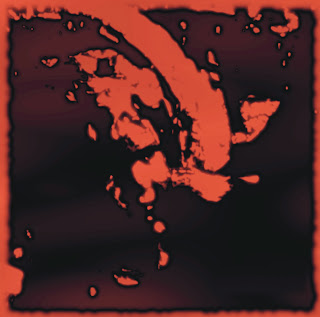 Ignacio Agrimbau - Anatomy of Self vol. 2 - Decay, Corrosion and Dust

Agrimbau, another new name to me, is an Argentinian-born composer and instrumentalist working in England, specializing in non-Western instruments including those of Persian, Chinese and African origins. There are four tracks here. On each, Agrimbau plays a "broken duduk", an Armenian double-reed instrument, while three feature a "baby Cajón", a Peruvian box-percussion device. Two others utilize a "broken skin drum used as a raft zither" while appearances are also made by "singing mothers and deaf children", a broken machine and "San Lorenzo football chants and street violence". I think some electronics sneak in as well. Just so you get an idea...

And it all sounds pretty wonderful. The first three fairly short cuts have a strong sense of intimacy, of a fellow (plus several clones of himself) having a jolly time in his studio, weaving intricate rhythms and patterns with the devices he has on hand. That "zither", I think, produces a sounds reminiscent of spider web-infused gourd resonators on mbiras, the duduk contributes low, muted groans and the Cajón, an ongoing sequence of percolating, light pops and bangs, dryly resonant. They're each very endearing, impossible not to enjoy. The third cut sounds almost like he left a potful of cajón on the stove top, heating it until it boiled over. Great fun. The final track, subtitled, "We Have Come Here to Lose Control" is on a somewhat more epic, even cinematic scale. It's pretty low key but expansive (the football crowds and street violence show up here, backgrounded but very present and rather threatening), the cajón skittering, the dudek lamenting, other sounds whispering and drifting by in the haze. The sound attains a hive-like aspect as it sprawls then sprawls some more before suddenly subsiding into a pool of gentle sine fluctuations. But a doleful rhythm heralds the return of those rampaging hordes a few blocks distant and drawing nearer. Fractures ensue and the work slowly evanesces into nothing.

As with the above, a very unusual concoction, extremely enjoyable. 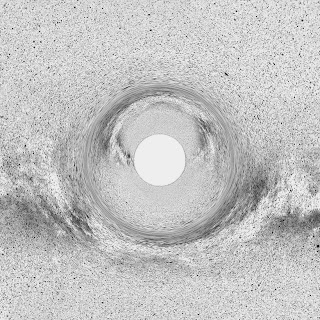 In a 2013 recap article published at The Field Reporter, Cooke writes of his work with
no-input field recordings":

The aforementioned Werder instantiation also marked the first public release of the no-input field recordings I’ve been amassing since October 2012 – recordings made in the field but not of the field in any easily receivable sense. The recording device represents a single point, a singularity, into which the sounding universe is crushed through processes of generalisation, deletion and distortion, a description equally applicable to our inherent anthropocentrism and a fact of recording that cannot be evaded through the arms races of technique and technology. But while we can never let the whole world in, it is equally impossible to shut it out. The no-input field recording fixates on this: through its monochromatic static it becomes difficult to discern the division between external phenomena, internal noise and processing and one’s own subjective experience.

As with my understanding of the Collins disc above, this is good information to have, more so maybe in that the purely aural experience of these four, five-minute tracks (issued on 3" disc) was decidedly opaque for me. There's further indication that this release is part of a process or discovery for Cooke so, in that sense at least, I'll keep a certain amount of judgment in abeyance.

What you hear are dense, truncated slabs of electric noise, much of it fitting under the category of white noise interlaced with the kind of squiggles I associate with short wave radio interference. There's a certain amount of variation from track to track, but they're all in the same ballpark. For all their mass and thickness, they have a monolithic and remote character, very (I suppose it's odd to say) "machine-like", with more a feeling of rapidity than anything else. I can't say I enjoyed them as such but, as said, am curious to see where they fit in once Cooke has supplied other elements, connections, etc., if such eventually occurs. (I should add, I love the image above, tried to work it into my auditory experience, with a bit of success sometimes).

A great start to the label, all in all, cant wait to hear more.

Available in the US via Erstdist

I think Seth has done amazing work putting these releases together! Just a little bit more info about my piece - it was a solo performance at Cafe Kino in Bristol where Bang the Bore have been hosting regular gigs. Seth made the recording, and the edit here (eg the inclusion of audience chatter), plus a couple of other subtle manipulations, are all Seth's work. All I did was play the bass!

Did you know you can shorten your urls with AdFly and make $$$$ from every visitor to your shortened urls.