Jim Haynes - Kamchatka (Contour Editions) Admittedly, I can't heard the word, "Kamchatka", without thinking of the phrase, "Kamchatka to Irkutsk"...and, humorously enough, I just now read Haynes' liners and he refers to the same board game. :-) He does actually intend the two works here as a kind of imaginary portrait of the area, found on the northeast rim of the Asian continent, opposite Alaska and Western Canada, a relatively barren mass with some volcanic activity. The first piece, "lilith", seems to have been constructed from odd sounds foraged from short wave radios, noise from between bandwidths, unusual emanations, etc. I sense some acoustic contributions as well, along the lines of rubbed and scratched objects, but I could be mistaken. The atmosphere is bleak and obscure; Richard Garet, in his notes on the Contour Editions website references Tarkovsky's "Stalker" and if the aesthetic weight doesn't come quite so close to that masterwork, the tone is not dissimilar. On the one hand, it has a rough-hewn, steady state feel but never settles into any kind of easy haze. On the other, though, it doesn't quite sustain the level of tension to carry its full 25 or so minutes, leaving this listener intrigued but unsated.

"rocks, hills, plains" doesn't stray too far from the first piece except that it's lined with layers of soft, moody drones, though they're "behind" a series of blunted crackles, and barely-there whines. I end up feeling about the same--moderately interesting and stimulating, but lack the edge and tautness its elements seem to imply. Perhaps the film performance of which it was originally part would have supplied the missing piece. Contour Editions 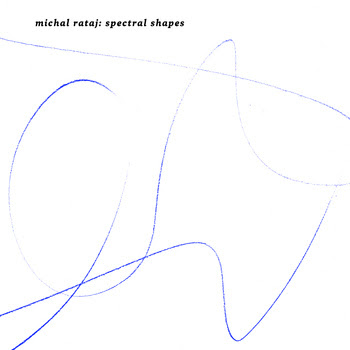 Michal Rataj- Spectral Shapes (audiotong) I gather there's a whole passel of composers working in what is often called "acousmatics" (a term I first heard in relation to the music of Gottfried Michael Koenig, if I recall correctly) which technically refers to music emitted via loudspeakers but, for me, has come to indicate work that can trace a direct lineage to people like Koenig and Dik Raaijmakers. My problem, such as it is, arises when the kind of power and imagination present in the work of those two (for example) fails to appear in a contemporary variant, the fall-off tends to be rather steep.

Michal Rataj, who I've not heard before, engages very much in that vernacular, which pull this listener straight back to the mid 60s and early 70s--the ringing, brassy whooshes, the backward gasps, the held, chiming interior piano chords funneled through one filter or another; it's a language that feels insular, regardless of how smoothly enunciated. A work for flute and electronics sounds very much like something one may have heard in 1978 from, say, Anthony Davis and James Newton, with far fancier technology. And the exposition here is very good, there's really no finding fault with it; it's something that would doubtless delight the academic musical world for which this is the lingua franca. I don't mean to sound harsh. Doubtless this will engage many a listener but it leaves me cold, a technical tour de force in which I rarely discern a reason for being that moves me. When Raaijmakers was working, there was, at the very least, a palpable sense of excitement at new discoveries, a feeling of danger. In the decade when these pieces were composed, it was more a matter of opening a "drawer", dusting off an approach and applying it. However artfully managed (and, again, I should stress that Rataj appears to be extremely competent in this area), that frisson of adrenaline is tough to recapture. audiotong
Posted by Brian Olewnick at 9/25/2012 08:01:00 PM