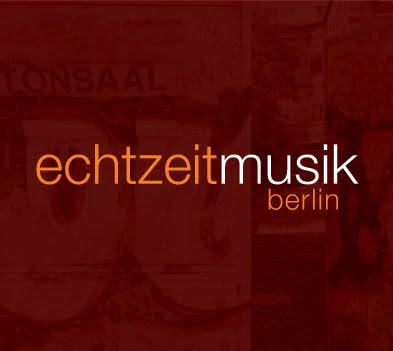 A companion to the book, in a sense, but whereas aural documentation of the sounds that took place during the course of the time period covered there would have been fine, happily the choice was made to present many of the same musicians involved with the generation of that scene in works from recent years. I don't know the scene there intimately at all, but I'm guessing this gives a reasonable approximation of at least a portion of what's been occurring. Three discs worth (41 cuts! so, as will almost inevitably be the case with compilations, there's some hit and miss, there's a decidedly healthy amount of good stuff contained herein. In a case like this, with so many tracks (most between five and seven minutes long), there's not much to do but list some highlights, so...

1) Michael Vorfeld, "Light Bulb Music, No.2" --good staticky humming work with intriguing muffled-bell sounds; one of the better slabs of music I've heard from him

1) Phosphor - "P13" More active than I might have expected given prior work (though this is from 2006), but very engaging in a whisperingly scurrying way,

2) a subtle flutes/electronics and turntable duet from Sabine Vogel and Ignaz Schick, all curvy, dark and sensuous.

6) Phono_Phono - "Ghost 1". Mayas, Vogel and Renkel, always enticing, here a mix of dark, eerie and dreamily bright (the guitar), in a piece that's oddly uncomfortable for all it's seemingly welcoming aspects. Quite good.

7) Andrea Neumann/Sabine Ercklentz - "Vers[rechten". Another wonderfully disorienting and disturbing work, medling various long, thin tones with skittering sounds, skipping discs and other detritus. Would love to have heard more of this...


(Disc 3) (which contains the most straightforward music of the set)

2) Nicholas Bussmann/Werner Dafeldecker - Untitled. Intriguing work for cello and bass using only deep knocks on the bodies, in slow rhythm, that subtly excite the strings. Mysterious and impressive.

3) Fernanda Farah/Chico Mello - "How Many Years". An engaging, Ashley-esque song for voices and piano, overlapping an everyday discussion.

oh sure, there are some clunkers in here, but by and large it's a worthwhile collection to have, some semi-precious stones embedded herein.

I love that Hotelgaste track. I even played it on my show a couple of years ago. At one point their second record was going to be QSR 002, but then moving continents took up all my resources, financial and temporal. The guys eventually put the record out as a vinyl-only release called "The Whispering Land".