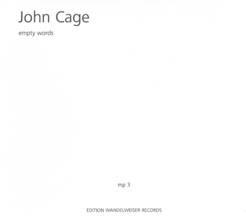 assembled and organized by Antoine Beuger

Words never seemed emptier than when trying to write about this. I've had the release for a few months but had only played about the first three hours of it, never having had the time to really settle in with it for the duration which, as the set spans ten hours over two DVDs, isn't totally unexpected. As well, due to lack of a DVD-to-stereo speaker hook-up in my place, means I listen over my PC speakers, normally not how I like to assess a musical release but perhaps not so detrimental in a piece like this, one that almost inevitably sublimates into the environment. Further, Richard had not only done a fine job in his analysis of it but had done so in precisely the general format I would have. It seems to miss the point to sit for ten hours, even if one could do so, concentrating on the words and sounds here, rather to go about one's business and hope to perceive how those sounds tinge the space. So, sitting hear at 8:30AM on Saturday, I'm going to play the work and see what happens, doubtless encountering interruptions along the way (I know there are groceries to be done, mulch to be applied to the front garden patch, possibly a Yankee game to pop in on). Here we go.

One thing I wonder about early on is whether or not, in the score, there's any indication of how the speaker is to use intonation when reading the chance-assembled Thoreau extracts, here atop wonderfully subtle, rustling and ripping sounds generated by the Ensemble Daswirdas. I suppose not. The speaker here, Sylvia Alexandra Schimag, uses a very melodic approach, varying the dynamics, keeping her tone mellifluous and, it seems to me, giving nods to Japanese intonation, albeit in English. A certain whimsical element is injected in this approach; I'm not sure I wouldn't have preferred a drier reading (assuming the performer is free to choose) but this one is fine and actually enables the listener to easily listen as though it's a variation on shakuhachi.

[Back almost two hours later...new DVD player, had to install...marginally successful. Did the mulching. In the meantime, Vanessa Rossetto, Jon Abbey and Hyemin Kim have liked my status...Michael Vincent Waller a bit later]

In the meantime, Part I continues to roll along, smoothly becoming a part of the room. The words have morphed, almost without my being aware of it, to syllabic "nonsense", quite beautiful.

Part I has ended, Part II begun. What to say? The length, the (in n odd way) steady-state quality renders it as difficult to write about as trying to describe 2 1/2 hours of rain patter outside one's window. It doesn't demand attention but it doesn't repulse when attention is given, quite the contrary. It's very enjoyable to concentrate upon but, inevitably, one's concentration wanders (well, mine does) but, I think, the next object(s) of my focus have been slightly unquantitatively enhanced by the foregoing. Part II, apparently, has no phrases, though I don't know that I've been recognizing phrases for a while toward the latter minutes of Part I. Overall, though, it sounds quite similar.

Took a brief nap, about 1/2 hour, the empty words wafting in from the other end of the apartment, very lulling. In and out of a light sleep, the voice, dreamy, threading in and out as well. Facebook status liked by Roy Duran and Gil Sansón, the latter indicating that he was writing about it as well...Eating pistachios, reading Elaine Pagels' new book, on kindle, "Revelations", a historical account of that last book of the New Testament, sun and a good amount of warmth streaming in the window on this lovely Saturday, along with the sounds of cars waiting at the light, couples walking by pushing strollers, walking dogs (and being vocally accosted by my own as they do so). Wondering at the fine reticence of the members of Ensemble Daswirdas, the softness, the patience. Every so often, I'll watch another video on the pc, overlapping the sounds; interviews, mostly, the voices intertwining. [Doug Holbrook entering the liking queue...]

Five hours in, there's a change, the gentle percussion giving way to Antoine Beuger's "oborozuki", performed by the Wandelweiser Composers Ensemble. The term means nothing to me (faint sounds made by the group initially sounding something like a mouth organ, like a sho, perhaps) so I image google and discover a kind of Japanese rush: 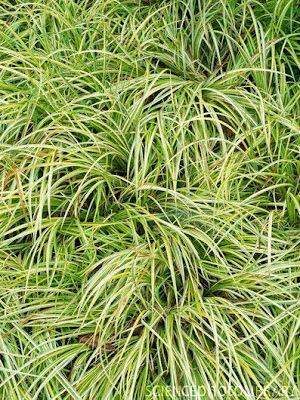 It's a lovely image (acorus gramineus Oborozuki), in any case, as is the sound created by the ensemble. Schimag continues as before, though reduced, as per the score, to syllables and letters, no more words.

Loving that oborozuki sound...except that I just noticed, belatedly, that also credited is the Wandelweiser Composers Ensemble, so for all I know those sounds are proceeding therefrom and Antoine may be softly stroking a plant...

The fragmented phonemes are becoming, in and of themselves, quite fascinating...it becomes surprisingly hypnotic at points, the voice developing a quasi-rhythmic character, gentle pulses of near-words, the ensemble staying so, so far underneath. The character of this section is quite different than the first half, transfixing in a different way, as though it was all recorded inside a bell. Its length makes a grasp of the entirety impossible (at least for me) but there's a sense of overall shape even as one is almost forced to perceive it (if one chooses to concentrate solely on the music) in a linear manner. It's stunningly gorgeous music.

[Breaking for dinner, going out, Katie in tow, to the Hamilton Ale House, as it's pleasant enough to sit outside.....]

....and Part 4 with Jongah Yoon on piano, playing Burkhard Schlothauer's "ab tasten". When Schimag enters, it's far sparer than before, still very consonant, long single syllables, buzzes and plosives, hung in the air to glow for a moment before descending and next appears.The music has gotten progressively more difficult to consign to the room's ambiance; it's become more overtly beautiful. Is this a good thing or not? Well, it's seductive in the extreme, in any case. The piano is sounded only seldom, perhaps once a minute, maybe less, the "words" have become almost equivalent sounds, almost entirely abstracted. A "t" sound here, a "pth" there. Long silences.

Really an impossible set to write about. The visual image that comes to mind most often is one of the gradual vaporization of a liquid, the globules floating upward, denser near the bottom, more gaseous as they rise, slowly, ever so slowly thinning, disappearing.

says cage on this piece: "I let it be known to my friends, and even strangers, as I was wandering around the country, ... that what was interesting me was making English less understandable. Because when it's understandable, well, people control one another, and poetry disappears --and as I was talking with my friend Norman O. Brown, and he said, "Syntax [which is what makes things understandable] is the army, is the arrangement of the army."

So what we're doing when we make language un-understandable is we're demilitarizing it, so that we can do our living....

you probably already know all that; not having the wandelweiser discs, i have no idea if the liners go into this, but it's fascinating context for the piece. (from: http://www.writing.upenn.edu/~afilreis/88v/cage-radio.html)

thanks, brian, this beautifully sensitive description of your listening experience!

to try and answer a few questions, that occurred to you, here is cage's performance "instruction":

"Searching (outloud) for a way to read. Changing frequency. Going up and then going down: going to extremes. Establish (I, II) stanza's time. That brings about a variety of tempi (short stanzas become slow, long become fast). To bring about quiet of IV (silence) establish no stanza time in III or IV. Not establishing time allows tempo to become naturally constant. At the end of a stanza simply glance at the second hand of a watch. Begin next stanza at next 0 or 30. Instead of going to extremes (as in I and II), movement toward a center (III.and IV). A new breath for each new event. Any event that follows a space is a new event. Making music by reading outloud. To read. To breathe. IV: equation between letters and silence. Making language saying nothing at all. What's in mind is to stay up all night reading. Time reading so that at dawn (IV) the sounds outside come in (not as be fore through closed doors and windows). Half-hour intermissions between any two parts. Something to eat."

as you see, a drier approach is definitely not what cage is asking for.
really, i think, that cage’s music is reflective of the way he used to work, when composing a piece: extremely dedicated, patient, caring, very quietly focussed, absolutely attentive, pensive.
this is, in my view, what cage meant by “discipline”, the concept, that was so important to him.
it doesn’t mean stubborn, cold, prussian, or anything like that.
it means: care, affirmation, dedication, short (and i am not at all wary to use this word in connection with cage and his music): love.
just listen to cage performing (e.g. speaking) his (or any other) music. you’ll encounter an atmosphere characterized by beauty, care and emotion (!!). of course, i do not mean emotion in terms of being expressive. it is the emotion of attention, which is not made or added, it just emerges in the innumerable tiny shades of vocal inflection, of touch (ever saw him play cactus needles?).
this is painfully missing in the more “avant garde” type approaches to performing cage, that are more showy, colder, seemingly more objective (drier), more “matter of fact”, hands-on.
i am definitely furthering a warmer, subtler, gentler (in one word: more musical) approach to playing cage’s music.
one reason for us to put out this empty words release (or basically any release of cage’s music on EWR) was to show, how this can be done.

as to the word “oborozuki”: thanks for finding this meaning of it. i didn’t know it, but it perfectly fits!
i met the word in a beautiful poem by kenneth rexroth (“on flower wreath hill”), where it refers to a noh theater play. in this case it means: “drowned moon” (moon reflecting in water).

sorry this comment became so extended. you inspired me.