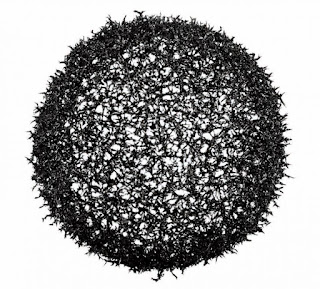 A fine recording from 2005 with a harpless (not hapless) Davies on electronics and Wastell wielding numerous materials, contact mics and pre-recorded sounds. It's a rougher go that you might expect; though the sounds have a sustained aspect to them, the texture is more often granular and harsh than e-bow-edly tonal (though that seeps in from time to time). I was picturing a sled ride over ground only partially covered with snow, the gliding patches giving way to rough and tumble. It might not be an earthshaking session but provides a meaningful piece into the jigsaw of each musician's career, elaborating on an approach too rarely documented (at least in my experience) for either. A solid, tough performance, recommended. 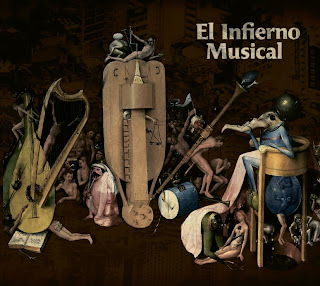 Admittedly, I came into this one with major misgivings. Christof Kurzmann's investigations into song form have been hit and miss with me and the inclusion of Ken Vandermark in the quintet here assembled didn't raise expectations. For that matter, Bosch (or a copy thereof) on the cover has been played out for, I don't know, 50 years?

The six pieces use as text the words of Alejandra Pizarnik (1936-1972), an Argentine poet, performed by Kurzmann, Vandermark, Eva Reiter, Clayton Thomas and Martin Brandlmayr. The first track actuallu allayed my fears, a dark, oozing number wherein Vandermark's bass clarinet blended in well with Thomas's arco bass, the vocals wafting in and out. The piece traverses several areas in its nine minutes, always contemplative, singing giving way to speaking. It's a nice intro but then things go a-kilter. The vocal lines in "Ashes I" seem perfunctory, rhythmically not interesting and Vanermark's tenor sounding like a pale (alto-y) echo of Marion Brown, the semi-martial meter introduced by Brandlmayr sounding unnecessarily clunky and cluttered. I can hear a good song buried in there somewhere but it's totally obfuscated by all the extraneous activity.

That's more or less the impression I have of the album as a whole. I'm not as down on it as others I've spoken with or who have commented on it--the first piece works well and the fifth, "Cold in Hand Blues", has a fine surge to it. It's more the extraneous decorations, especially Vandemark's mundane stylings that manage to make muddy the structures, to reduce the tension. Also, there's a quality of sameness to Kurzmann's vocals that, especially in a group context, make me want to hear them more sparingly; a little is fine, song after song, it wears on me. I somehow think this might not be the case were it more pared down, even solo.

I appreciate his desire to push things, to bring an eai-ish (not sure he was ever really whole hog about things) sensibility to other forms and wish him well in the future. But I expect "El Infierno Musical" will turn out to be a relatively uninteresting way station.