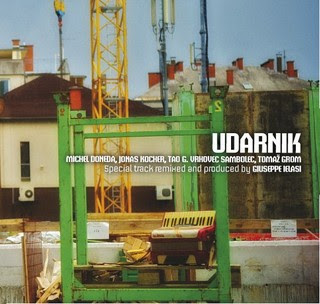 Four pieces by the first four names above and a fifth constructed from that material by Ielasi. An oddly structured recording, at least to my ears. The live quartet dates (soprano, accordion, computer, contrabass) are ok but rather routine, the kind of breathy/scratchy/rubbing improv that one expects from Doneda and with which his companions seem comfortable. For myself, there was nothing particularly special about it. But Ielasi's recombination of the material (not certain if he confined himself to the substance of these tracks or had other options) is superb, a fantastic dense, rolling nine-minute piece that has all the vigor and robustness lacking in the originals. As I said, an odd choice to stand this work on its own when it clearly outshadows its forebears. Worth it for the Ielasi alone. 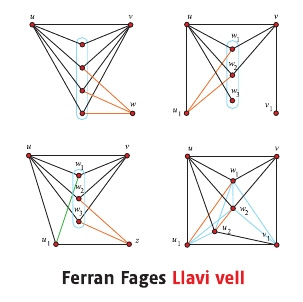 You're never sure quite what to expect with Fages though most recently (of what I've heard), he's gone bk and forth between noisy improv and calmer, lovely acoustic work. This one's different. Essentially a long, continuous,fairly complex drone derived, one suspects, from a contact-mic'd guitar, possibly augmented by simultaneous transmission via speakers into the room. The overall effect is one of a ringing, dulcimer-like quality. It's attractive enough but, somehow, I didn't find over the course of its 44 minutes enough to sustain my interest. I suspect this is partly due to the simple fact of its being a recording, that were I to experience it as a sound installation, to be immersed in it, things might be different. As is, it's not unpleasing but ultimately unsatisfying. 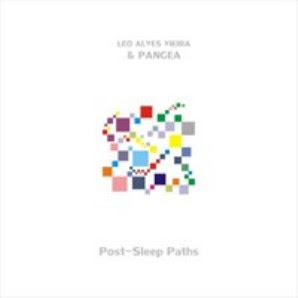 Vierea on Bb Clarinet, flute, acoustic guitar and electro-acoustics, Pangea (Juan Antonio Nieto) on sound treatments, with additional string work. The five pieces take existing sound, often music (is that Don Cherry on track 3?) or spoken word, and alter them in a manner reminiscent of concrete and tape assemblage work from the 60s, albeit with a greater amount of ancillary sound and a subtler approach. There is indeed a sense of dream-logic in play, a misty surreality about the music. This is most finely wrought on the aforementioned third track where that sped-up trumpet flits in and out of guitar chords, masses of static and dynamic displacement; a dizzying and very enjoyable journey. I found the dis as a whole a bit inconsistent but when it gels, things are quite fascinating. Worth checking out.

where have you listened a trumpet??? there isn't any trumpet in this release. Is a pity that Don Cherry isn't alive, he would say "my music here?, of course no"

Hello Brian, first of all thank you very much for listening and reviewing Post-Sleep Paths, our last release (from November 2011) on Luscinia Discos (http://luscinia.ruidemos.org), a Spanish label from Granada. It is a physical remastered edition from the one online on Tlhotra catalogue (http://tlhotra.50webs.com/nr/021.html) issued in 2007. Is it possible to put a link to the actual edition on Luscinia (http://luscinia.ruidemos.org) please?

Also, I would like to specify that the trumpet you thought you heard is really a treated cello. It's a honor you compare it to Don Cherry trumpet, but it is not his trumpet and not an imitation either! :) It's just an acelerate and suggestive treatment of that string chamber instrument.

Greetings and thank you again for your interest.

hah, ancient ears at work--sounded remarkably like Cherry to me, thought it might have been sampled and altered. Thanks for the clarification!

Not at all, Brian, it is a pleasure to inform you. And I'm grateful for the link. All the best!