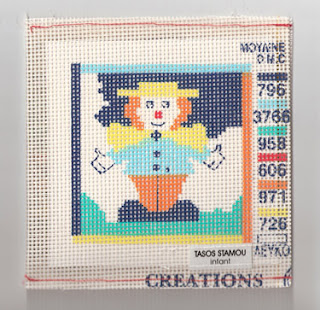 Thomasz Krakowiak - la ciutat est tu (Etude) Seven tracks, percussive in nature, interesting from a technical point of view, but in the end, feeling like just that: displays of this or that technical approach and hence not too absorbing. I'd rather have heard a give track extended and dug into.

Jose Luis Redondo - La reponse est aux pieds (Etude) I feel a bit the same about this one. Solo guitar, dobro, piccolo bass, banjo in a variety of styles from blues-esque to Bailey and beyond but overall something of a mishmash. Some nice playing, an unfortunate choice or two (a reworking of "As Time Goes By", for one), but lacking the depth of feeling of label-mate Fages. Etude

Tasos Stamou - Infant (editions_zero) Toy-psychedelia, what a precocious three-year-old might come up with if (s)he had a penchant for the Canterbury scene. Fun to listen to, not sure about the ultimate value. Nice cover (above).

Valerio Tricoli - Amaryllis (Lalia) The second (I think) release of altered field recordings done at the birthday party of Maria-Amaryllis, this one her third. The previous was a favorite of mine a couple years back. This one sounds far more processed, with party activities only creeping in here and there through a dense organ-y drone. Still, rather nice and dreamy and, appropriately, childlike.

Jeff Gburek - Virtuous Circles (a question of re_entry) I hadn't cared so much for what little I'd heard of Gburek's work before, but this one's a stunner. Essentially formed from field recordings of urban sounds (from Western cities), vocal song (from Islamic cities) and his own music, it's a beautifully layered piece, the elements subtly balanced, all very restrained but percolating underneath. Fine stuff, check it out. void page, with absurd and affiliated labels. Lovely cover as well: 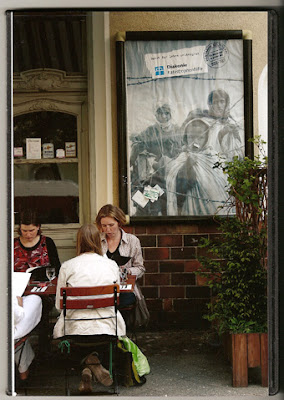 Tasos' Infant has a pretty strong musical sensibility underneath all the toying. don't know how much that's worth these days of course but it has kept the cd on top of my desk at least. also, he's made a few steps forward since this album.

glad to see you're digging the new absurd batch, some of these are really in danger of flying beyond the radars