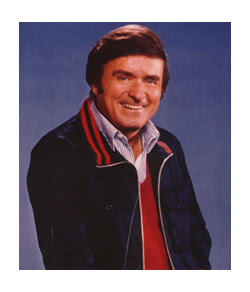 A thematic Record Club last evening. At the previous get together, we decided to do a club where all music selected had to be from a certain year. We chose 1960-1990 as the period from which to draw and Dan went and randomly chose a number from that range on Excel. Well, we think it was random given his love of music from right around 1966....

For myself, something from one particular album was an obvious choice: AMMMusic. On the CD version, there's a 5 1/2 minute cut, so it seemed eminently reasonable. My only qualm was, as good as that particular section is, replete with some raucous Keith and a great radio capture of a Pakistani (?) singer, it does read as an excerpt, which of course it is. The following track, "In the Realm of Nothing Whatsoever", is some 13 minutes in length but has far greater breadth and stands alone very nicely. As it turned out, there were only five attendees (Chris Cochrane recovering from an illness--get well, Chris!) so I went with the longer cut to lead off the evening.

It's difficult stuff, to be sure, but I think it went over well. In any case, Nayland, spinning next, successfully defined the nether pole of 1966, the AMM antipode, by playing Mike Douglas' "The Men in My Little Girl's Life", one of the most horrifically, creepily, treacly things I've ever heard. Dan followed with an odd, giddily enjoyable track derived from a BBC production company (I forget the details, but they did electronic music for use in soundtracks) featuring Anthony Newley warbling over magnetic tape bleeps, something like a Morton Subotnik pop song; very strange [Edit] This was a piece written by Delia Derbyshire, out of the BBC Radiophonic Workshop. Richard or Al, are you familiar with this stuff?]. 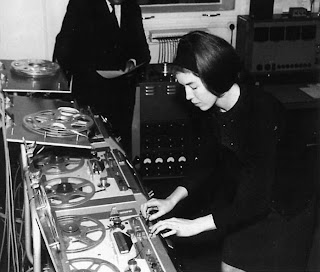 Julia played a charming, very early Cat Stevens song, "I Love My Dog" (really! very nice!) while Nina closed out Round One with a fascinating brief track from a Sound Effects compilation. When it started, it sounded like a variation on Xenakis' "Bohor" but ended up being an "Alien Landscape" sequence used for Star Trek.

I'm blanking on Dan's selection for Round Two (fill me in, Dan!)[Edit: but of course, how could I have forgotten Sinatra singing "Summer Wind"?!?]. Nina fudged the rules a bit (punishment to be determined) and played a track from the "Love" compilation which, I guess (it's Greek to me) is a project with Cirque du Soleil that reconfigures and combines Beatles songs, in this case "Within You, Without You" (one of my fave Beatles pieces, btw) and "Tomorrow Never Knows". The sitars from that segued nicely into Julia's pick, a Ravi Shankar soundtrack piece, the end credits, from "Alice in Wonderland". Nayland obliterated the burgeoning spiritual mood by spinning a track from the legendary "Mrs. Miller". Those of you who don't recall this creature are arguably better off. She was a dowdy, aging housewife who performed cover versions of contemporary pop hits and did so in ghastly, execrable fashion. A novelty act, as it were. One can only shake one's head. I restored a modicum of sanity to the proceedings by ending the evening with the last track from Cecil Taylor's "Unit Structures", a beautiful, episodic trio piece with Cyrille and Grimes.

Should make for a really interesting disc. I bet you could play it for someone unaware and the last thing they'd think was that all the music was recorded in the same year.

"This was a piece written by Delia Derbyshire, out of the BBC Radiophonic Workshop. Richard or Al, are you familiar with this stuff?"

Somewhat, although not the piece you mention. Tony Newley? Blimey, guv'nor.

There was a great TV programme about the Radiophonic Workshop on BBC4 a while back, first part of which is here on youtube (other parts there too).

And of course she was a major part of "An Electric Storm" by White Noise, one of my favourite records ever.

We played some stuff by Daphne Oram - one of the founders of the Radiophonic Workshop - in show 47, if anyone's interested.

Delia Derbyshire is kind of Al's territory, (ancient, obscure, a bit crap...) but I'll agree about the DR Who theme, a classic piece ruined in its most recent incarnation.

Personally I was always more interested in how Ms Derbyshire looked... ;)